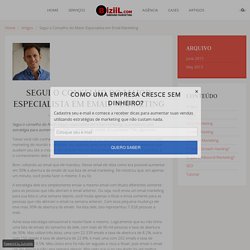 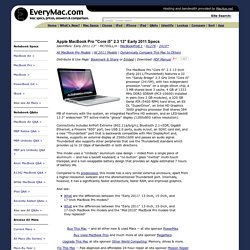 London's second languages mapped by tube stop. Walk along the streets of London and it’s not uncommon to hear a variety of langauges jostling for space in your eardrums. 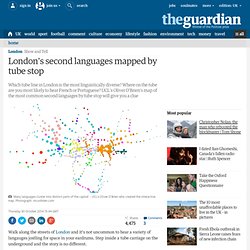 Step inside a tube carriage on the underground and the story is no different. Oliver O’Brien, researcher in geovisualisation and web mapping at University College London’s department of geography, has created a map showing what the most common second language (after English) is at certain tube stops across the capital. Using a map of tube journeys and busy stations that he had previously created, O’Brien used 2011 Census data to add the second most commonly spoken language that people who live nearby speak. The best of infographics: designers pick their favourites. Alex Breuer, creative director, the Guardian Thatcher’s Legacy: Britain in 1979, 1990 and today The best data journalism helps you to absorb a huge amount of very complicated information without it feeling like it’s an effort. 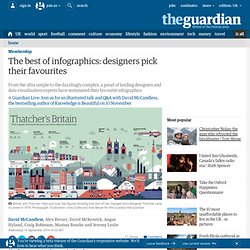 I love how the Thatcher’s Legacy datablog shows you how the landscape of Britain changed during her years in power, but without adding any editorial comment other than the bare facts: you’re left to draw your own conclusions. David McKendrick, director, BAM London. Creating Fund Fact Sheets using Adobe InDesign & Illustrator. At Kurtosys one of our core strengths is producing fund fact sheets at scale. 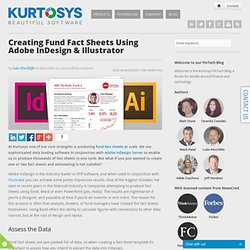 We use sophisticated data loading software in conjunction with Adobe InDesign Server to enable us to produce thousands of fact sheets in one cycle. But what if you just wanted to create one or two fact sheets and automating is not suitable? Adobe InDesign is the industry leader in DTP software, and when used in conjunction with Illustrator you can achieve some pretty impressive results.

One of the biggest mistakes I’ve seen in recent years in the financial industry is companies attempting to produce fact sheets using Excel, Word or even PowerPoint (yes, really). 7 Techniques for Prioritizing Customer Requirements: Measuring Usability. Jeff Sauro • September 9, 2014 Too much to do and too little time (and money). 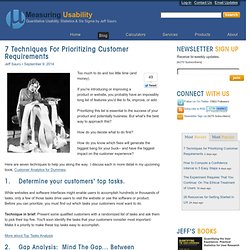 If you're introducing or improving a product or website, you probably have an impossibly long list of features you'd like to fix, improve, or add. Prioritizing this list is essential to the success of your product and potentially business. But what's the best way to approach this? How do you decide what to do first? How do you know which fixes will generate the biggest bang for your buck-- and have the biggest impact on the customer experience? The Best Free Web Data Collection Tool. 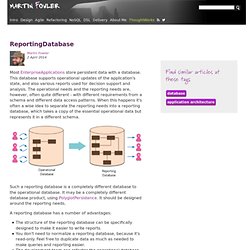 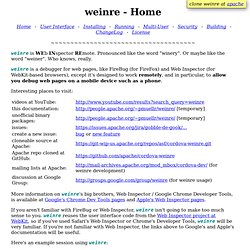 Pronounced like the word "winery". Or maybe like the word "weiner". Who knows, really. weinre is a debugger for web pages, like FireBug (for FireFox) and Web Inspector (for WebKit-based browsers), except it's designed to work remotely, and in particular, to allow you debug web pages on a mobile device such as a phone. Interesting places to visit: More information on weinre's big brothers, Web Inspector / Google Chrome Developer Tools, is available at Google's Chrome Dev Tools pages and Apple's Web Inspector pages.

The Gamification. When Joel Spolsky and I set out to design the Stack Exchange Q&A engine in 2008 – then known as Stack Overflow – we borrowed liberally and unapologetically from any online system that we felt worked. 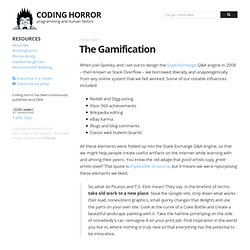 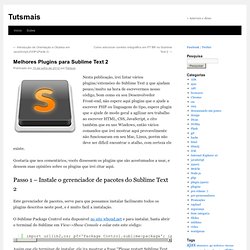