CNC. Arduino. CNC machine for shaping large pieces of polystyrene foam - Aurora. Summary This instructable shows how to shape polystyrene foam, using a CNC machine. Starting with a brief introduction, design software necessary for creating an STL file is discussed. This is followed by a method for creating G-code, using an STL file as input. After this comes the introduction to GRBL, an arduino based system for using G-code to control stepper motors of a CNC mill. Stepper drivers are mentioned, after which the creation of large CNC hardware is described. Impact on World - Aurora. Installing software - Evil Mad Scientist Wiki - Aurora. Eggbot is designed to work well on Mac, Windows, and Linux computers. 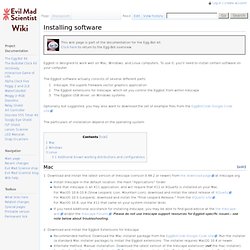 To use it, you'll need to install certain software on your computer. The Eggbot software actually consists of several different parts: Inkscape, the superb freeware vector graphics application The Eggbot extensions for Inkscape, which let you control the Eggbot from within Inkscape The Eggbot USB driver, on Windows systems. Optionally but suggested, you may also want to download the set of example files from the EggBotCode Google Code site. The particulars of installation depend on the operating system: [edit] Mac 1. Install Inkscape in the default location, the main "Applications" folder. 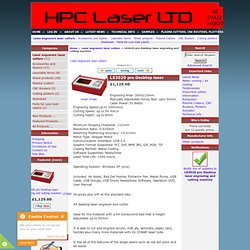 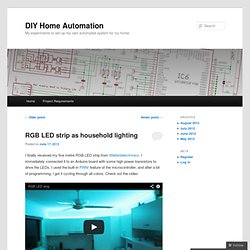 I immediately connected it to an Arduino board with some high power transistors to drive the LEDs. I used the built-in PWM feature of the microcontroller, and after a bit of programming, I got it cycling through all colors. Check out the video: This cost me $85, but I later found out that there are similiar products available on eBay and Alibaba Express for $25 free shipping, with controller and power supply!

I’ve ordered a few from eBay, and will see how it compares. Like this: Like Loading... When it comes to adding ethernet to an Arduino project, I have a few options. The EtherTen solution uses a W5100 chip to do most of the heavy lifting. I am looking at designing a full circuit, so I don’t need to use Arduino (might still use the bootloader, code and IDE though). MACH 3 CNC CONTROL SOFTWARE TUTORIAL 2 THE INTERFACE - YouTube - Aurora. Building a router mount for the Pantorouter.

The router I used for the Pantorouter is the type that comes with a fixed and a plunge base. 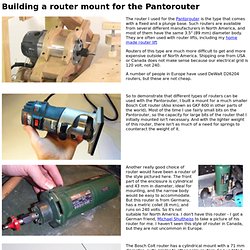 Such routers are available from several different manufacturers in North America, and most of them have the same 3.5" (89 mm) diameter body. They are often used with router lifts, including my home made router lift Routers of this type are much more difficult to get and more expensive outside of North America. Shipping one from USA or Canada does not make sense because our electrical grid is 120 volt, not 240. A number of people in Europe have used DeWalt D26204 routers, but these are not cheap. So to demonstrate that different types of routers can be used with the Pantorouter, I built a mount for a much smaller Bosch Colt router (Also known as GKF 600 in other parts of the world).

Another really good choice of router would have been a router of the style pictured here. The Bosch Colt router has a cylindrical mount with a 71 mm diameter, quite similar to other palm routers. Cutting out the shape. Chris harper. Building the 3-D pantograph.