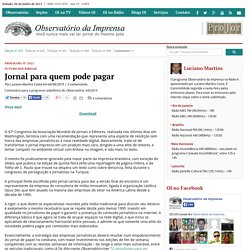 Clearpath Robotics was founded six years ago by three college buddies with a passion for building stuff. 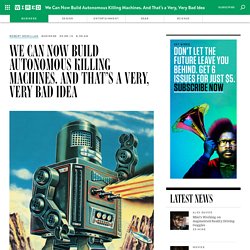 Its 80 employees specialize in all-terrain test rigs like the Husky, a stout four-wheeled robot vehicle used by researchers within the Department of Defense. 15 Companies That Paid Zero Income Tax Last Year (Despite $23 Billion In Profits) Only small businesses pay taxes. 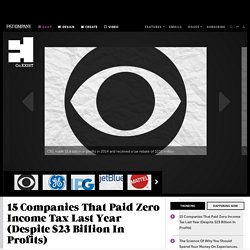 Big companies often pay nothing at all. Think that's an exaggeration? Look at a new report from Citizens for Tax Justice, a Washington, D.C. group. It finds that some of nation's most famous brands have paid remarkably little to the government over the last five years. In fact, many actually enjoyed a negative tax rate: They received a nice rebate check from the U.S. The 15 giants highlighted by CTJ were chosen to represent a wide range of industries among Fortune 500 companies. While the companies saved on their taxes, they must have paid plenty to accountants and tax lawyers, because to pay no tax you need plenty of help.

Most people agree that corporate taxation is broken, even the companies themselves. Edward Snowden Is Acting Very Strange Inside Russia. Russian spy-watcher Andrei Soldatov on Snowden’s strange behavior in Russia, the Nemtsov assassination, and signs of a power struggle in Putin’s inner circle. 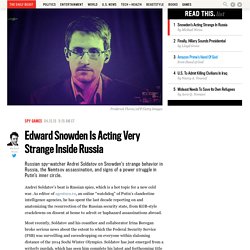 Andrei Soldatov’s beat is Russian spies, which is a hot topic for a new cold war. The world's first hologram protest held in Spain. A protest group pulled off an undeniably futuristic stunt this weekend in Spain: they sent thousands of holograms parading past the lower house of the country’s parliament. 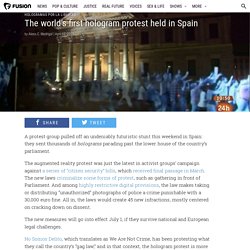 The augmented reality protest was just the latest in activist groups’ campaign against a series of “citizen security” bills, which received final passage in March. The new laws criminalize some forms of protest, such as gathering in front of Parliament. And among highly restrictive digital provisions, the law makes taking or distributing “unauthorized” photographs of police a crime punishable with a 30,000 euro fine.

All in, the laws would create 45 new infractions, mostly centered on cracking down on dissent. The new measures will go into effect July 1, if they survive national and European legal challenges. Electromagnetic Pulse History - Futurescience.com. EMP History by Jerry Emanuelson, B.S.E.E Futurescience, LLC. 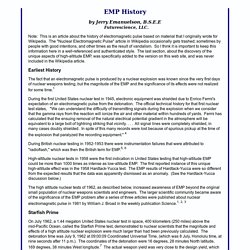 Note: This is an article about the history of electromagnetic pulse based on material that I originally wrote for Wikipedia. The "Nuclear Electromagnetic Pulse" article in Wikipedia occasionally gets trashed; sometimes by people with good intentions, and other times as the result of vandalism. So I think it is important to keep this information here in a well-referenced and authenticated style. The last section, about the discovery of the unique aspects of high-altitude EMP, was specifically added to the version on this web site, and was never included in the Wikipedia article. Earliest History. Nuclear EMP - E1,E2,E3 - Futurescience.com. Electromagnetic Pulse - EMP Myths - futurescience.com. EMP Myths by Jerry Emanuelson, B.S.E.E. 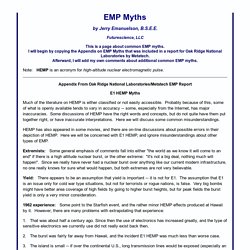 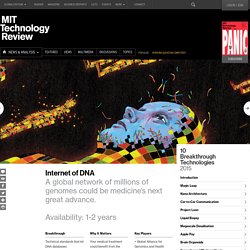 Why It Matters Your medical treatment could benefit from the experiences of millions of others. Key Players Global Alliance for Genomics and Health Google Personal Genome Project. What ISIS Really Wants. What is the Islamic State?

Where did it come from, and what are its intentions? The simplicity of these questions can be deceiving, and few Western leaders seem to know the answers. In December, The New York Times published confidential comments by Major General Michael K. Nagata, the Special Operations commander for the United States in the Middle East, admitting that he had hardly begun figuring out the Islamic State’s appeal. “We have not defeated the idea,” he said. The group seized Mosul, Iraq, last June, and already rules an area larger than the United Kingdom. Our ignorance of the Islamic State is in some ways understandable: It is a hermit kingdom; few have gone there and returned.

The Islamic State, also known as the Islamic State of Iraq and al-Sham (ISIS), follows a distinctive variety of Islam whose beliefs about the path to the Day of Judgment matter to its strategy, and can help the West know its enemy and predict its behavior. But Adnani was not merely talking trash.