Engineering Third World Migration. How We Can End Multiculturalism. Merkel ACCELERATES the Kalergi Plan in Europe. The Brotherhood of Nationalism. INCELS Spark CIVIL WAR in EUROPE. Greece: Ruling Leftist Coalition Moves to Replace Electorate With Foreigners. The Strange Death of Europe. A Hypothetical Cohort Model of Human Development. A Replacement of Population is Taking Place in Europe. Germany's Muslim Demographic Future. Germany will need to take in 300,000 migrants annually for the next 40 years to stop population decline, according to a leaked government report. 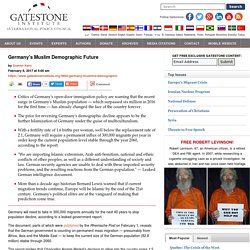 The document, parts of which were published by the Rheinische Post on February 1, reveals that the German government is counting on permanent mass migration — presumably from Africa, Asia and the Middle East — to keep the current size of the German population (82.8 million) stable through 2060. The report implies that Chancellor Angela Merkel's decision to allow into the country some 1.5 million mostly Muslim migrants between 2015 and 2016 was not primarily a humanitarian gesture, but a calculated effort to stave off Germany's demographic decline and to preserve the future viability of the German welfare state.

Critics of Germany's open-door immigration policy are warning that the recent surge in Germany's Muslim population — which surpassed six million in 2016 for the first time — has already changed the face of the country forever. Islamism in Europe. STATS: Migrants Committing Disproportionately High Crime In Germany, Media/Govt Focus on 'Far Right' Thought Crimes. While much of this criminality concerned illegal border crossings, German authorities instead talked up a “record surge” in crimes by “right wing radicals”. 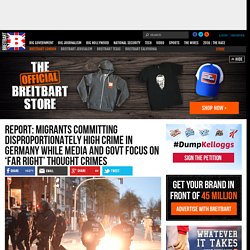 Concerning statistics from the 135-page report reveal that 70 per cent of pickpocketing, one of the crime types on the rise, was committed by non-Germans. Of this figure, 34 per cent was committed by recent asylum seekers, with the rest committed by “non-Germans”. Foreign nationals are thought to account for around 11 or 12 per cent of the total population of Germany, but were over-represented in every area of crime.

Illegal immigrants and asylum seekers account for around 2.5 per cent of Germany’s population, but were also massively overrepresented. German parents due in court after refusing son’s school trip to mosque. Parents of a German teenager may face a trial and fine for “truancy” after refusing to allow their son to go to a local mosque on a school field trip out of fear that it would lead to his “indoctrination” by Islamic radicals. 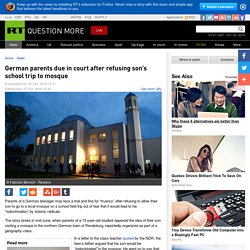 The story broke in mid-June, when parents of a 13-year-old student opposed the idea of their son visiting a mosque in the northern German town of Rendsburg, reportedly organized as part of a geography class. Read more In a letter to the class teacher quoted by the NDR, the teen’s father argued that his son would be “indoctrinated” in the mosque. He went on to say that “for years we have been hearing reports about religiously-motivated violence connected with Islamic people.” Immigration Simplified. Joe Durham. 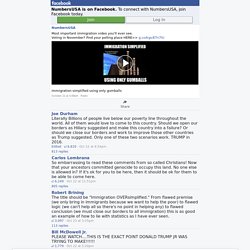 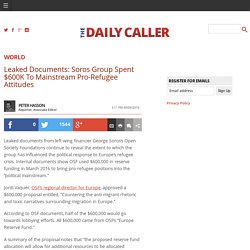 Internal documents show OSF used $600,000 in reserve funding in March 2016 to bring pro-refugee positions into the “political mainstream.” Jordi Vaquer, OSF’s regional director for Europe, approved a $600,000 proposal entitled, “Countering the anti-migrant rhetoric and toxic narratives surrounding migration in Europe.” According to OSF documents, half of the $600,000 would go towards lobbying efforts. All $600,000 came from OSF’s “Europe Reserve Fund.” A summary of the proposal notes that “the proposed reserve fund allocation will allow for additional resources to be allocated towards countering xenophobic attitudes in Europe, move parts of the political mainstream towards more pro-refugee positions, and build constituencies around a more progressive approach to migration and asylum.” Code 291: Swedish Police Cover-Up Thousands of Crimes Involving “Refugees”

Rapes, assaults, terror threats kept secret Paul Joseph Watson Prison Planet.com February 4, 2016 Swedish police have covered up thousands of crimes involving migrants over the past four months, all of which have been classified under a secret ‘291 refugee code’ designation, it has been revealed. 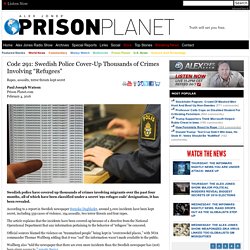 According to a report in Swedish newspaper Svenska Dagbladet, around 5,000 incidents have been kept secret, including 559 cases of violence, 194 assaults, two terror threats and four rapes. European civilisation is doomed. Europe has liberal and tolerant societies with very high levels of human rights mainly because what had been a barbaric religion, Christianity, was defeated in the Reformation which swept through Europe in the 1500s. 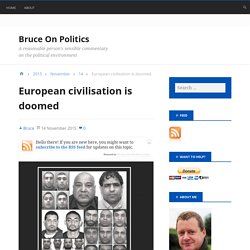 Islam hasn’t had its Reformation and remains as a primitive, barbaric religion. In fact it has become a lot worse. Germany Will Lower Educational Standards For Benefit Of Migrants And 'Equal Opportunities' One of the greatest barriers to integration for new migrants is access to jobs, which in highly developed Germany requires a qualified workforce — something which newcomers almost entirely are not. 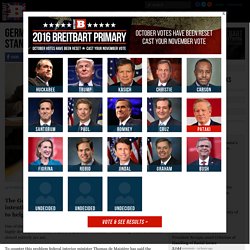 To counter this problem federal interior minister Thomas de Maizière has said the standards long exacted at state run schools will have to be dropped, as the system struggles to provide for the tens of thousands of new, unplanned-for pupils . Rapidly growing class sizes as Germany’s young population balloons and the number of teachers and classrooms available fails to catch up are now officially accepted as a fact of life by the German government.

Former staff are to be brought out of retirement to teach German to migrants, and present staff are being asked to work extensive unpaid overtime, reports News4Teachers.de. Standards of physical education have already fallen considerably in Germany, as hundreds of school and university gyms are filled with camp beds and turned over to migrants. Soros Admits Involvement In Migrant Crisis: ‘National Borders Are The Obstacle’ Last week, Mr Orban accused Mr Soros – who was born in Hungary – of deliberately encouraging the migrant crisis. 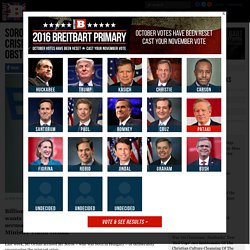 “This invasion is driven, on the one hand, by people smugglers, and on the other by those (human rights) activists who support everything that weakens the nation-state,” Mr Orban said. “This Western mindset and this activist network is perhaps best represented by George Soros.” Mr Soros has now issued an email statement to Bloomberg Business, claiming his foundations help “uphold European values”, while Mr Oban’s actions in strengthening the Hungarian border and stopping a huge migrant influx “undermine those values.” “His plan treats the protection of national borders as the objective and the refugees as an obstacle,” Mr Soros added. Obama & Illegal Immigration. Border Highway Heavily Patrolled by State and Local Police – But Not Border Patrol. State, local police step up patrols as Border Patrol stands down Kit Daniels Prison Planet.com June 24, 2014 A dangerous stretch of Texas highway hugging the Mexican border is heavily patrolled by state and local police, but not by the thinly stretched Border Patrol which has been told to stand down from enforcing immigration and trafficking laws. 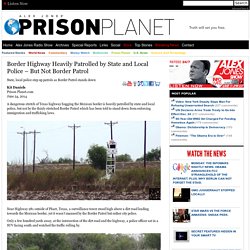 City Official Admits US Border Patrol Fronting Cash to Bus Illegals: Video. Border Patrol purchasing bus tickets, vouchers for illegal immigrants, while saddling border towns with housing burden Adan Salazar & Jakari Jackson Prison Planet.com June 18, 2014 Bus station in McAllen, Texas, last night was packed with illegal immigrants. Leaked CBP Report Shows Entire World Exploiting Open US Border. The numbers provided are in graphics and are broken down into “OFO” and “OBP.” The Customs and Border Protection agency is divided into the Office of Field Operations (OFO) and the Office of Border Patrol (OBP). The OFO numbers reflect anyone either turning themselves in at official U.S. points of entry, or anyone caught while being smuggled at the points of entry. The OBP numbers reflect anyone being caught or turning themselves in to Border Patrol agents between the points of entry, or anyone caught at interior checkpoints by Border Patrol agents.

The “OFO Inadmissible” designation to any individual from a nation other than Mexico or Canada means that U.S. authorities took the individuals into custody. Whether they were deported or given a Notice to Appear is unknown. The report reveals the apprehension numbers ranging from 2010 through July 2014. Human Events. Former Border Agent: Gov’t Using Immigrant Children for ‘asymmetrical warfare’ Operation. “In other words [the government is] assisting in the downfall of America..” Adan Salazar Prison Planet.com July 22, 2014 By leaving strategic areas along the southern U.S. border unprotected, and by using children as the face of the illegal immigrant surge to elicit public sympathy, the federal government is engaging in a sophisticated military tactic known as “asymmetrical warfare” against the American people, a former U.S.