My Son the Wizard Chapter 1: The Unexpected Trip, a Harry Potter + Avengers Crossover fanfic. Disclaimer: I do not own The Avengers or Harry Potter. 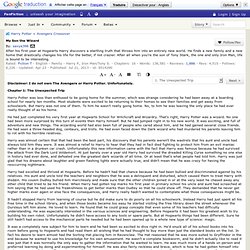 Unfortunately. Chapter 1: The Unexpected Trip Harry Potter was less than enthused to be going home for the summer, which was strange considering he had been away at a boarding school for nearly ten months. Most students were excited to be returning to their homes to see their families and get away from schoolwork. But Harry was not one of them. He had just completed his very first year at Hogwarts School for Witchcraft and Wizardry. Amitai. Sort: Category . 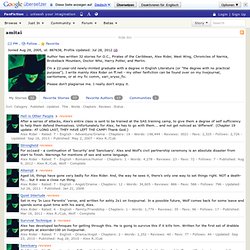 Published . Updated . Title . Words . Allies and Enemies Chapter 1: Prologue: The Letter, a Harry Potter + Bleach Crossover fanfic. A/N Okay, so this started off as a way to keep me sane during finals week. 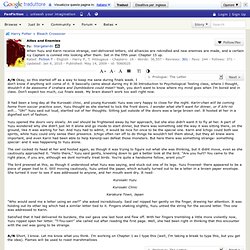 I don't know if anything will come of it. It basically came about during my 8:30 Introduction to Psychological Testing class, where I thought, Wouldn't it be awesome if Urahara and Dumbledore could meet? Yeah, you don't want to know where my mind goes when I'm bored and in class. Don't expect too much, cuz finals week. My brain doesn't work too well right now. It had been a long day at the Kurosaki clinic, and young Kurosaki Yuzu was very happy to close for the night. Yuzu opened the doors very slowly. The owl cocked its head at her and hooted again, as though it was trying to figure out what she was thinking, but it didnt move, even as she cautiously approached it. The bird preened at this, as though it understood what Yuzu was saying, and stuck out one of its legs. Tournament Amidst Wizards Chapter 1: Prologue, a Harry Potter + Bleach Crossover fanfic.

Disclaimer: I do not own anything. 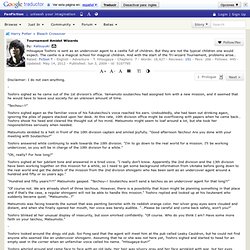 Toshiro sighed as he came out of the 1st division's office. Yamamoto soutaichou had assigned him with a new mission, and it seemed that he would have to leave soul society for an unknown amount of time. "Taichou~!! " Toshiro sighed again as the familiar voice of his fukutaichou's voice reached his ears.

Undoubtedly, she had been out drinking again, ignoring the piles of papers stacked upon her desk. Matsumoto skidded to a halt in front of the 10th division captain and smiled joyfully. Toshiro answered while continuing to walk towards the 10th division. "Oh, really? Toshiro sighed at her jubilant tone and answered in a tired voice. "Hundred and fifty years?!?! " "Of course not. Matsumoto was facing towards the sunset that was painting Seireitei with its reddish orange color. Toshiro blinked at her unusual display of insecurity, but soon smirked confidently.

Hidden Target, an arrow fanfic. Title: Hidden TargetRating: TPairings: NoneSpoilers: A few mentions of things that happen in season 1.Warnings: There are a few swear words as well as some blood and descriptions that I don't think are bad at all, but others may think so.AN: I have to say that I am very disappointed at the lack of reveal! 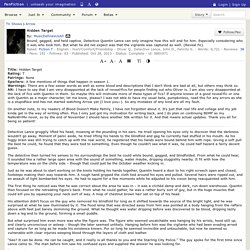 Fics for people finding out who Oliver is. I am also very disappointed at the lack of fics with Quentin in them. So maybe this will motivate more of these types of fics? If anyone knows of a good reveal! Love Life, an initial d fanfic. Disclaimer: I do not own Initial D. 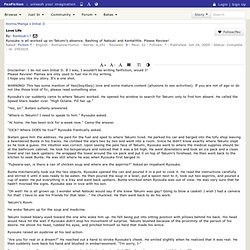 If I was, I wouldn't be writing fanfiction, would I? Please Review! Flames are only used to fuel me in my writing. Daddy's Little Girl Chapter 2: The OTHER EightSix Driver, an initial d fanfic. 2. 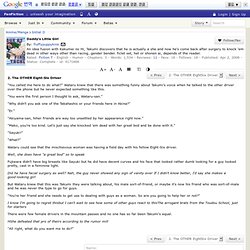 The OTHER Eight-Six Driver "You called me here to do what? " Wataru knew that there was something funny about Takumi's voice when he talked to the other driver over the phone but he never expected something like this. "You were the first person I thought to ask, Wataru-san. " "Why didn't you ask one of the Takahashis or your friends here in Akina? " "Er. " "Akiyama-san, hiher friends are way too unsettled by her appearance right now.

" "Mako, you're too kind. "Sayuki! " "What? " Wataru could see that the mischievous woman was having a field day with his fellow Eight-Six driver. Well, she does have "a great bod" so to speak Fujiwara didn't have big breasts like Sayuki but he did have decent curves and his face that looked rather dumb looking for a guy looked pretty, cast in a feminine light.

The Muscle Drifter Chapter 1, an initial d fanfic. I Don't Own Initial D. you don't believe it, thats your problem... 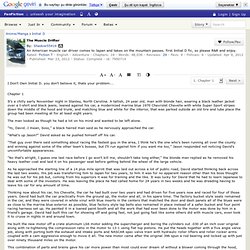 Chapter 1 It's a chilly early November night in Stanley, North Carolina. A tallish, 24 year old, man with blonde hair, wearing a black leather jacket over a t-shirt and black jeans, leaned against his car, a modernized marina blue 1970 Chevrolet Chevelle with white Super Sport stripes down the middle of the hood and trunk, and matching blue and white for the interior, that was parked outside an old tire and lube place the group had been meeting at for at least eight years.

The man looked as though he had a lot on his mind and wanted to be left alone. "Yo, David…I mean, boss," a black haired man said as he nervously approached the car. Planetarium Chapter 1: Prologue, an initial d fanfic. Disclaimer: I don't own Initial D, Shigeno-sensei and the Kodansha Publishing Company do. 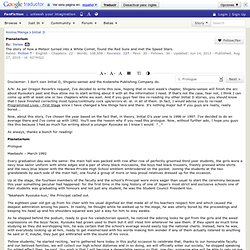 A/N: As per Dragon Reverb's request, I've decided to write this now, hoping that in next week's chapter, Shigeno-sensei will finish the arc about Ryosuke's past and thus allow me to start writing about it with all the information I need. If that's not the case, fear not, I think I can come up with at least one or two chapters while we wait. And if you guys feel like re-reading my other Initial D stories, you should know that I have finished correcting most typos/continuity cock ups/errors et. al. in all of them. In fact, I would advise you to re-read Programmed Lives - First Stage since I have changed a few things here and there. It's nothing major but if you guys are really, really bored...