Music Reviews, Music News. The music blog where music matters. Dean's List: 2020 - And It Don't Stop. Share As I pondered my Dean’s List 2020, I was struck by how hard it was to write about. 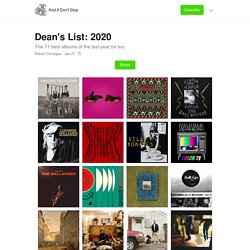 The Pazz & Jop essays I wrote for The Village Voice from 1975 until 2005 were magnum opuses that wore me out, but post-Voice my year-enders turned easy peasy—chatty and informational while saving room to toss out a few generalizations. As I pondered my choices for the finest albums of 2020, however, several statistical anomalies bothered me. At 71 selections it was the third shortest of the century, and 10 of my picks weren’t even 2020 records, including three from 2018 that encompass two slept-on EPs by the Roots’ Black Thought and one each from 2017 and 2016; indeed, only three of the five inevitable 2019 misses—the late-released Lil Wayne plus Young M.A and Mannequin Pussy—were records anybody else much knew about. 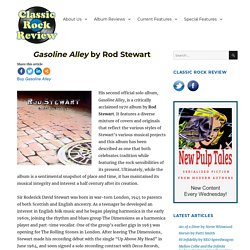 It features a diverse mixture of covers and originals that reflect the various styles of Stewart’s various musical projects and this album has been described as one that both celebrates tradition while featuring the rock sensibilities of its present. Ultimately, while the album is a sentimental snapshot of place and time, it has maintained its musical integrity and interest a half century after its creation. Sir Roderick David Stewart was born in war-torn London, 1945 to parents of both Scottish and English ancestry. As a teenager he developed an interest in English folk music and he began playing harmonica in the early 1960s, joining the rhythm and blues group The Dimensions as a harmonica player and part-time vocalist.

In early 1967, guitarist Jeff Beck recruited Stewart to front the heavy blues Jeff Beck Group. Free articles: Rocks Backpages. This is a list of all free articles in the Rock's Backpages library – a limited selection. 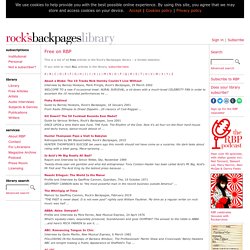 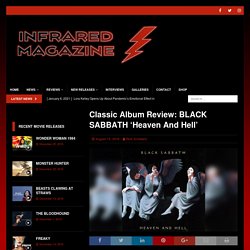 Disco was dying out, although it wouldn’t die a true death until late 1980. Lots of different genres of music were getting played at the time, new, young bands were opting for dress clothes and skinny ties, and unfortunately, heavy 70s rock also appeared to be on its way out. Those same young musicians referred to hard rock bands like Led Zeppelin, Black Sabbath and Deep Purple as “Dinosaurs”.

Those bands were starting to feel like it as well. Purple had broken up 3 years prior, Zeppelin only had another year or so left, and Black Sabbath just fired their longtime vocalist, Ozzy Osbourne. Right about the same time, vocalist Ronnie James Dio felt out of place in his band Rainbow, which was the band guitarist Ritchie Blackmore formed after leaving Deep Purple in 1975.

The planets do align sometimes, and they truly did with this match made in hell. Sabbath also employed an outside producer for the first time since 1971. 40 Years Ago: Black Sabbath Roar Back With 'Heaven and Hell' Heaven and Hell - Black Sabbath. Many had left Black Sabbath for dead at the dawn of the '80s, and with good reason -- the band's last few albums were not even close to their early classics, and original singer Ozzy Osbourne had just split from the band. 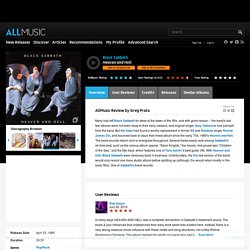 But the Sabs had found a worthy replacement in former Elf and Rainbow singer Ronnie James Dio, and bounced back to issue their finest album since the early '70s, 1980's Heaven and Hell. The band sounds reborn and re-energized throughout. Several tracks easily rank among Sabbath's all-time best, such as the vicious album opener, "Neon Knights," the moody, mid-paced epic "Children of the Sea," and the title track, which features one of Tony Iommi 's best guitar riffs.

Black Sabbath - Heaven and Hell - Reviews - Encyclopaedia Metallum: The Metal Archives. First of all, this album has one of the coolest covers ever. 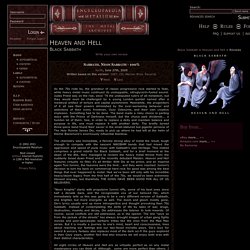 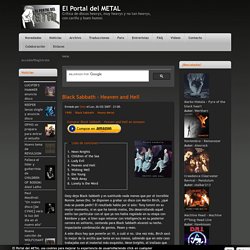 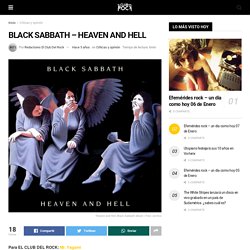 Roger Daltrey Archives - Progrography. About Booker — Bayou Maharajah. In 1960 Booker enrolled at Southern University in Baton Rouge, but his drug habit followed him; he left school and returned to the music business, in large part to supply his drug habit. 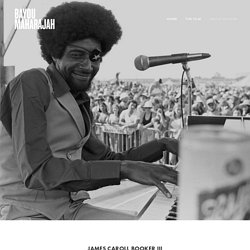 He recorded the organ-driven single “Gonzo,” named for a character in the 1960 film The Pusher, which hit the charts for eleven weeks, peaking at number forty-three. For most of his adult life, Booker made his living as a sideman behind a wide range of musicians: Joe Tex, Aretha Franklin, Fats Domino, Maria Muldaur, Ringo Starr, the Doobie Brothers, and “Mac” Rebennack—better known as Dr. John—among many others. Dr. James Booker: gay, negro, tuerto, heroinómano… y el mejor pianista de la historia. 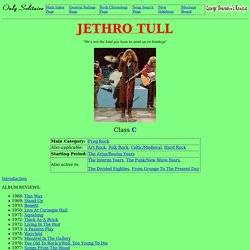 Wikiwand. RE: The Country Blues of John Lee Hooker - Rock and Roll Globe.