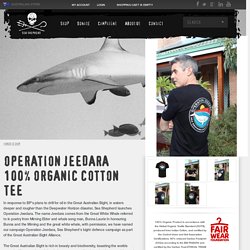 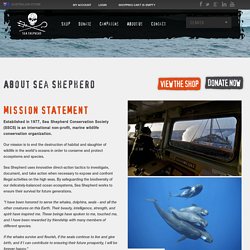 Our mission is to end the destruction of habitat and slaughter of wildlife in the world's oceans in order to conserve and protect ecosystems and species. Sea Shepherd uses innovative direct-action tactics to investigate, document, and take action when necessary to expose and confront illegal activities on the high seas. By safeguarding the biodiversity of our delicately-balanced ocean ecosystems, Sea Shepherd works to ensure their survival for future generations.

"I have been honored to serve the whales, dolphins, seals - and all the other creatures on this Earth. Their beauty, intelligence, strength, and spirit have inspired me. If the whales survive and flourish, if the seals continue to live and give birth, and if I can contribute to ensuring their future prosperity, I will be forever happy.

" - Paul Watson. Contact Us - Sea Shepherd Australia. The Campaigns, Sea Shepherd Campaigns. Sea Shepherd has been fighting sealers since 1975, and over the course of a quarter of a century we have saved hundreds of thousands of seals from slaughter using many different and creative methods. 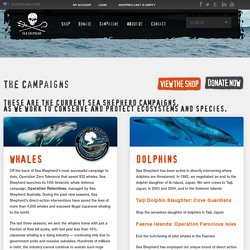 Sea Shepherd's highly-publicized efforts have helped in creating awareness, which is the first step in enacting change. Canada's commercial seal "hunt" is the largest mass slaughter of marine mammals in the world. This year, Canada will allow 270,000 harp seals to be killed. Canada's 2006 quota for killing seals: 325,000 for the regular commercial "hunt" and an additional 10,000 harp seal allowance for new aboriginal initiatives, personal use, and Arctic hunts. As usual, the commercial quota was exceeded, resulting in over 330,000 seals being kiilled. During the previous three years, the government of Canada delivered the death sentence to over one million baby harp seals. Sea Shepherd continues to oppose this annual obscenity called a "hunt. " Donation to Sea Shepherd Australia, Online Donation. Sea Shepherd Shop, Online Sea Shepherd Clothing Shop.