'No 10 was a plague pit': how Covid brought Westminster to its knees. Westminster is an infectious place. 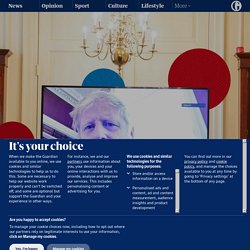 A tiny germ of controversy or rebellion can spread across parliament, through Whitehall and into the prime minister’s office within hours. Watch Online: Mars Landing. China bans BBC World News in retaliation for UK licence blow. BBC World News has been banned from airing in China, a week after Beijing threatened to retaliate for the recent revocation of the British broadcasting licence for China’s state-owned CGTN. 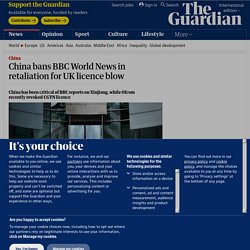 In a statement published at midnight Beijing time on Friday, China’s National Radio and Television Administration said BBC World News’s coverage of China had violated requirements that news reporting be true and impartial and undermined China’s national interests and ethnic solidarity. On Friday morning Hong Kong’s public broadcaster, RTHK, followed suit, announcing that from 11pm it would stop relaying BBC World news, which used to run nightly from 11pm until 7am the following day. Schools minister refuses to rule out longer school days in England. The government has refused to rule out lengthening the school day and shortening summer holidays in England to help pupils catch up on lost learning, despite fierce opposition from school leaders who warned against attempts to “grind out more hours of learning from tired children”. 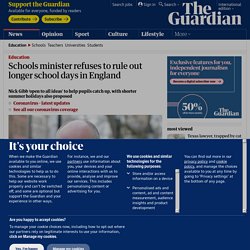 The schools standards minister, Nick Gibb, told MPs on the Commons education committee he was “open to all ideas” on how to help pupils make up for lost lessons. UK editors call on ministers to protect freedom of information. Editors of UK national newspapers are calling on the government to protect the Freedom of Information Act following criticism that the public are being unfairly obstructed when they seek to scrutinise the work of official organisations. 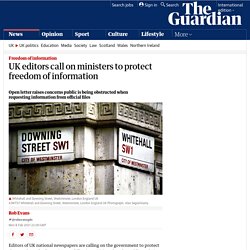 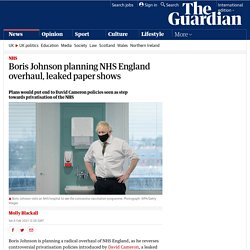 According to the draft white paper, the government is planning to reduce the role of the private sector in NHS England and give the health secretary greater control. NHS commissioners would not be required to put contracts out to tender, which can draw competition from competing health groups. Instead, a new policy would leave the NHS and local authorities to run services and encourage them to work together more effectively. The health secretary would also take more direct control over NHS England, with the plans putting emphasis on reducing bureaucracy and improving integration between the different departments of the NHS. Toyah Willcox: 'My mother always wanted me altered in some way. I was never right' Of all the celebrity offerings that have come out of the pandemic, the gloriously weird videos made by Toyah Willcox and her husband, Robert Fripp, are surely the most compelling. 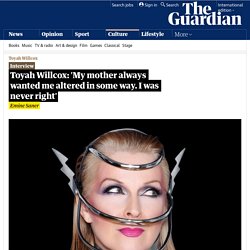 It is possible, within each short clip, to cycle through every feeling from wanting to cover your eyes while being unable to look away, to the dawning realisation you may be watching a profound piece of performance art. Mostly, it is impossible not to laugh. There they are in their cosy Worcestershire kitchen, perhaps with the dishwasher open in the background, with Willcox, accessorised with mouse ears, tap-dancing, bouncing off the Aga. We Are Bellingcat by Eliot Higgins review – the reinvention of reporting for the internet age. In July 2014 Malaysia Airlines flight MH17 crashed in eastern Ukraine. 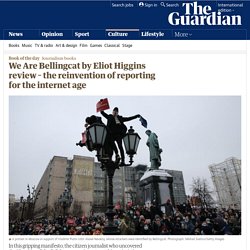 Why? In pre-digital times it would have taken weeks or months to get an answer. These days, the truth can be found at warp speed. Should you keep using WhatsApp? Plus five tips to start the year with your digital privacy intact. If you use the popular messaging service WhatsApp you may have noticed a pop-up message in recent days asking you to accept the service’s new terms and conditions by 8 February in order to continue using it. 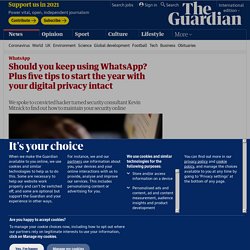 The update has prompted calls for users to leave the popular messaging service in favour of alternatives such as Signal and Telegram. And on Friday a legal challenge on privacy grounds was filed against WhatsApp in India, the service’s biggest market. Telegram CEO Pavel Durov has reported an influx of 25 million global users to the rival service since the announcement was made. But what do the new terms and conditions mean for you? We asked former most-wanted hacker turned security consultant Kevin Mitnick which messaging app he prefers – and to share his tips to set yourself up for a cyber-safe 2021. View from the EU: Britain 'taken over by gamblers, liars, clowns and their cheerleaders' Britain faces an uncertain future as it finally pulls clear of the EU’s orbit, continental commentators have predicted, its reputation for pragmatism and probity shredded by a Brexit process most see as profoundly populist and dangerously dishonest. 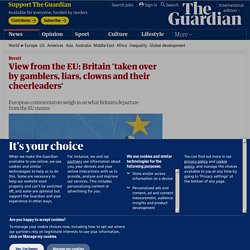 “For us, the UK has always been seen as like-minded: economically progressive, politically stable, respect for the rule of law – a beacon of western liberal democracy,” said Rem Korteweg, of the Clingendael Institute thinktank in the Netherlands. “I’m afraid that’s been seriously hit by the past four years. The Dutch have seen a country in a deep identity crisis; it’s been like watching a close friend go through a really, really difficult time.