Coronavirus: Self-isolation is in fashion for Montreal clothing brands. Montreal streetwear retailer Off the Hook had its annual spring break line of clothes designed and ready to go to the printers, but with the spread of coronavirus keeping everyone indoors, celebrating the sun and surf no longer felt appropriate. 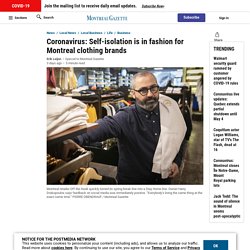 Coronavirus Impact: How the Epidemic Has Impacted the Fashion Industry. The global spread of the is continuously impacting the fashion industry. 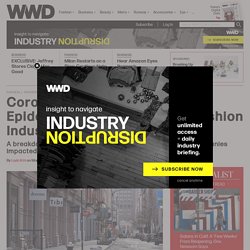 Keep checking this article for updates on how brands are responding to the virus. As the coronavirus pandemic spreads, so does its impact. COVID-19 has steadily spread across the world since it originated in Wuhan City in the Hubei Province of China, with roughly 4.7 million cases and over 300,000 deaths globally as of May 18. The U.S. now has the highest number of cases worldwide with over 1.4 million cases. Many European nations including France, Spain, Germany and Italy are on partial or total lockdown in an effort to contain the virus. The virus is increasingly having a negative impact on the fashion industry specifically, having escalated in the midst of the fall 2020 fashion month season, causing brands and design houses to shutter their doors and postpone upcoming runway shows. 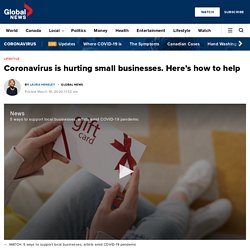 Vogue Editors Highlight the Small, Independent Designers They’re Supporting Now. As New Yorkers prepare for a potential “shelter in place” command, most of us are just coming to grips with the realities of social distancing and isolation. 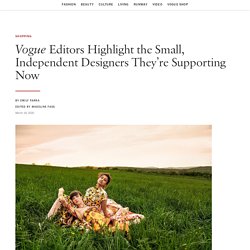 If watching the news 24/7 wasn’t stressful enough, weathering it alone could make it all feel even heavier. 15 Female Designers on Women's Rights and the Future of Fashion. Philo is talking in her light-filled office in an elegantly lived-in Georgian town house in central London, wearing a cozy-urchin gray mohair sweater dress, jeans, and thick-soled white sneakers. 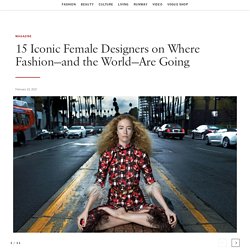 Her dark-blonde hair is scraped into a topknot, and her scrubbed face and pale-blue eyes have an attractive, feline sharpness. Here she works with laser-like intensity, in the words of one former colleague, “completely focused and driven, with a huge sense of humor, and joy in the room.” Then she pulls back. “I have many other things going on in my life that are very different from fashion, that are not about making things, that are more about human connection,” she says.

“What we know about the fashion industry is that it’s very fast, it’s very demanding, it needs a lot of nourishment, and that’s OK. Small Businesses Seek a Crisis Lifeline Beyond Loans. “The first thing that’s going to happen is that we’re going to lose our business because of lack of income, and we’ll get evicted,” she said. 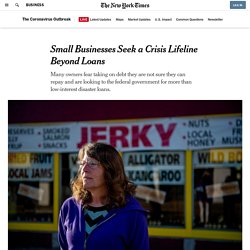 “The second thing that’s going to happen is the same thing to us, personally. “We’re not going to be able to pay the mortgage on our house,” Ms. Benefiel said. “Our credit is perfect, but by the time we get through this, it will be so horrific that even if we had any money, we wouldn’t be able to rent a place.” Entrepreneurs desperate for quick cash, at nearly any cost, have flocked to online lenders and loan brokers. The Hottest Parties in Town Are Now Online.

Eu.naplesnews. Each week, the USA Today Network Florida will provide you details on some of the hottest acts in the state. 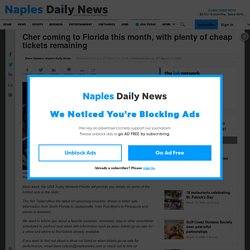 The Hot Ticket offers the latest on upcoming concerts, shows or ticket sale information from South Florida to Jacksonville, from Fort Myers to Pensacola and places in-between. We want to inform you about a favorite musician, comedian, play or other entertainer scheduled to perform next week with information such as when tickets go on sale for a show and where to find tickets already available. If you want to find out about a show not listed or when tickets go on sale for performance, email dave.osborn@naplesnews.com or reach out to him on Twitter @Ndn_dosborn.

Cher Whether this is Cher's final "Here We Go Again" tour, who knows. Her concerts are March 22 in Pensacola, March 24 in Miami and March 26 in Tampa at Amalie Arena. The Story of Plastic (94 min. documentary, see trailer below) By Daisy Simmons "It's not easy to watch. 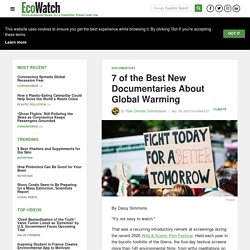 " That was a recurring introductory remark at screenings during the recent 2020 Wild & Scenic Film Festival. Held each year in the bucolic foothills of the Sierra, the five-day festival screens more than 140 environmental films, from artful meditations on the beauty of nature, to distressing stories of people on the frontlines of climate change. The latter category held enough short and feature documentaries to fill up an entire weekend — and more. 15 Female Designers on Women's Rights and the Future of Fashion. Conservation Efforts Should be Increased to Preserve Marine Biodiversity. Written by AZoCleantechFeb 24 2020 As part of an international study led by The University of Queensland, it has been found that nearly 26% of Earth’s oceans require immediate conservation attention to preserve the marine biodiversity of the planet. 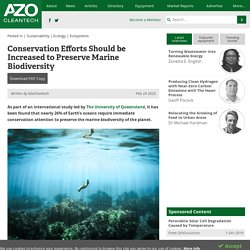 According to Dr Kendall Jones, the international community must quickly ramp up the efforts toward marine conservation to preserve the health of the world’s oceans. Preserving a portion of habitat for all marine species would require 8.5 million square kilometres of new conservation areas. Currently one-third of all marine species have less than 10 per cent of their range covered by protected areas. Conserving the areas we’ve identified in our study would give all marine species a reasonable amount of space to live free from human impacts like fishing, commercial shipping or pesticide runoff. The total ocean area needed for conservation was found to vary from 26% to 41%, based on the proportion of each species range conserved. Source: Marine Research Complex. Shahira Hammad shared with his her thesis project, the project aims to create a mixed-use research complex that acts as an integral node of the multidisciplinary field of marine sciences in Alexandria, Egypt for both public use and research use. 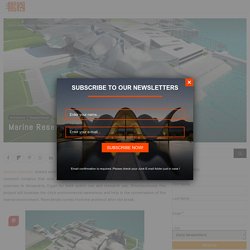 Simultaneously this project will increase the city’s environmental awareness and help in the conservation of the marine environment. More details comes from the architect after the break. 5 of the Best Must-Watch Ocean Documentaries on Netflix. Can you eat an Impossible Burger if you're giving up meat for Lent? Until 1962, when the Second Vatican Council convened, Catholics refrained from eating meat on Fridays. Friday is recognized as the day on which Jesus Christ was crucified, so parishioners were discouraged from eating any warm-blooded animal that could be similarly sacrificed.

Then following Vatican II, Pope Paul VI relaxed fasting rules, meaning that Catholics needed only to avoid meat on Fridays during Lent. A plan to save Earth's oceans. At least 26 per cent of our oceans need urgent conservation attention to preserve Earth's marine biodiversity, a University of Queensland-led international study has found. Dr Kendall Jones said the international community needed to rapidly increase marine conservation efforts to maintain the health of the world's oceans. "Preserving a portion of habitat for all marine species would require 8.5 million square kilometres of new conservation areas," Dr Jones said.

"Currently one-third of all marine species have less than 10 per cent of their range covered by protected areas. "Conserving the areas we've identified in our study would give all marine species a reasonable amount of space to live free from human impacts like fishing, commercial shipping or pesticide runoff. " The authors mapped more than 22,000 marine species habitats and applied a mathematical approach to identify the minimum area required to capture a portion of each species range. Boatinternational. 1 - Richard Branson Richard Branson To help overcome the threats facing our oceans, these ocean-loving A-listers are leading the way in marine conservation. Coke and Pepsi sued for creating a plastic pollution ‘nuisance’ Coke, Pepsi, Nestlé and other large companies are being sued by a California environmental group for creating a plastic pollution “nuisance” and misleading consumers about the recyclability of plastic. The suit, filed in San Mateo county superior court on Wednesday, argues that companies that sell plastic bottles and bags that end up polluting the ocean should be held accountable for damaging the environment.

Earth Island Institute, which filed the lawsuit, says a significant amount of the eight to 20m tons of plastic entering the Earth’s oceans annually can be traced back to a handful of companies, which rely heavily on single-use plastic packaging. The suit seeks to require these companies to pay to remediate the harm that plastic pollution has caused to the Earth and oceans. It also demands these companies stop advertising products as “recyclable”, when they are, in fact, largely not recycled. A young activist just ran 3,000 miles across America to help save our oceans - GOOD. Buoy-like device is being developed to produce electricity from ocean. Photo taken in Staffin, United Kingdom Jon Ritchie | EyeEm | Getty Images A marine services firm based in Scotland has been awarded a £1 million ($1.29 million) contract to provide a 50-ton wave energy converter designed to turn the movement of the sea into electricity.

Vine Made the Internet Fall in Love With Short Videos.

A lot of today's internet and trends revolves around short videos, and they actually help build careers, a lot of internet stars use this short video platforms to build their brand and empire and it is great use of advertisement – schwartzn

Key technology trends that will redefine businesses over the next three years. To compete and succeed in a world where digital is everywhere, companies need a new focus on balancing “value” with “values,” aligning their drive to create business value with their customers’ and employees’ values and expectations, according to Accenture. A new mindset and approach is required Even though people are embedding technology into their lives more than ever before, organizations’ attempts to meet their needs and expectations can fall short.

As companies enter the decade of delivering on their digital promises, a new mindset and approach is required. Slowed by the Coronavirus, China Inc. Struggles to Reopen. With the exception of factories producing medical protective equipment, which the Chinese government has asked to run around the clock, few businesses seem to be returning yet to their previous pace. Shuttered Stores, Fewer Tourists: Luxury Feels Coronavirus Effects. Grocery Shopping Habits of Gen Z and Millennials - Food Industry Executive.

In Brief: the Evolution of Egypt's Advertising Industry. YouTube. Imane Ayissi shares his vision for Haute Couture SS20 with Vogue. YouTube. Judith Butler Wants Us to Reshape Our Rage. Judith Butler holds a peculiar place in contemporary Western culture. Like very few men and perhaps no other woman, Butler is an international celebrity academic. Man Tracks Down People He Photographed in the Street 40 Years Ago to Recreate Their Pictures. In the late 1970s and 1980s, paramedic Chris Porsz spent hours walking around Peterborough, a city in eastern England, snapping the photos of the everyday passerby.

As stated in class fashion is inspired not by fashion however by art and culture and this resembles closely to the documentary we have watched last week in class!!! which also dives into the start of trends! – schwartzn

The Best Dressed Celebrities at the 2020 Grammys. The Fight to Save an Innocent Refugee from Almost Certain Death.