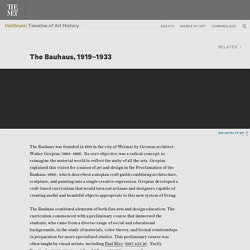 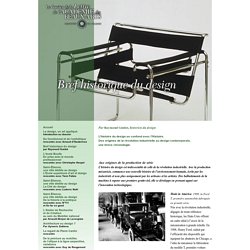 What is the Role of a Designer? Designers work in a multitude of fields, from fashion, architecture and graphic design to web and user experience. 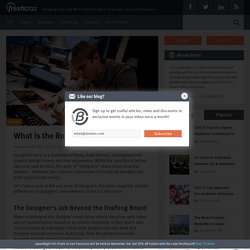 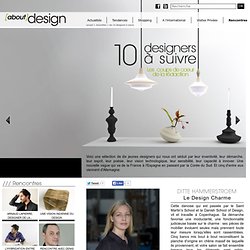 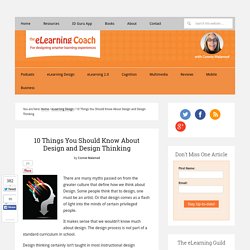 Renzo Piano designs glass tower for Miami Beach. Renzo Piano Building Workshop is set to begin work on a glass-sheathed tower in Miami Beach that will be the firm's first residential project in the USA (+ slideshow). 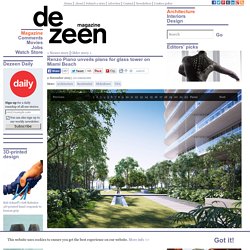 Eighty Seven Park will sit between parkland and the Atlantic Ocean in Miami's North Beach district. Designed by Pritzker Prize-winning architect Renzo Piano, the glass tower will feature oblong floors and wrap-around balconies giving sea views. "The site which is the last piece of land north of North Shore Park at the limit of the city of Miami Beach, is an amazing and unique site, almost suspended between the sea and the park," said a statement from Renzo Piano Building Workshop. "The idea was to enhance the presence of the green spaces of the existing park by extending the trees to the northern limit of the city of Miami Beach. " "This prestigious site was also a very good reason and an appropriate opportunity for RPBW to finally come to Miami.

" Visuals are by The Boundary and Noë & Associates. Bamboo fibre is stronger and cheaper than steel says ETH professor. World Architecture Festival 2015: bamboo could "revolutionise the building industry" and replace steel as the dominant reinforcing material, according to a professor who is working on new applications for the grass. 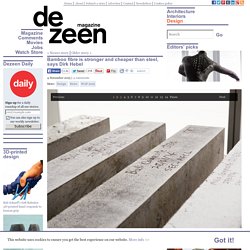 Speaking at WAF in Singapore today, Dirk Hebel said that bamboo fibre could be used as a more sustainable and far cheaper alternative to steel on construction sites. "This has the potential to revolutionise our building industry and finally provide an alternative to the monopoly of reinforced concrete," Hebel said. Hebel, a professor at the Swiss Federal Institute of Technology Zurich (ETH), has developed a new material made of bamboo fibres mixed with organic resin. The material, called bamboo composite material, can be pressed into any shape and then sawn or sanded like wood. Formed into rods, the material could potentially replace steel as a reinforcing matrix for concrete with no loss of performance, according to Hebel. Movie: Moooi CEO Robin Bevers on running a design brand.

Extra Moooi: running a successful design company is about striking a balance between order and chaos, says Robin Bevers in his first video interview since taking over as CEO of Dutch brand Moooi (+ movie). 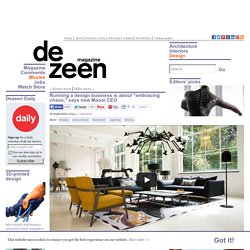 Bevers took over as CEO of Moooi on 1 September after co-founder and CEO of 14 years Casper Vissers stepped down to pursue new business ventures. Bevers says the key to his new role is managing the company efficiently, while giving freedom to designers to express their creativity. "For somebody coming from the corporate side, it's quite challenging to work in the creative industry," he says in the movie, which was filmed at Moooi's Amsterdam showroom. Monotype's Eric Gill typeface designed using unseen drawings. Type foundry Monotype has used long-hidden drawings by British designer Eric Gill to create the first new typeface based on his work in more than 75 years. 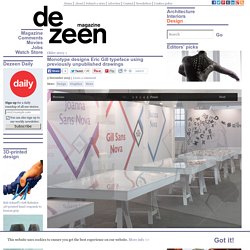 The Joanna Sans Nova design is part of the Eric Gill Series – a trio of releases that also includes updated editions of typefaces from the 1920s and 1930s. Joanna Sans Nova was created as a sans serif complement for Gill's slab serif typeface Joanna. Designer Terrance Weinzierl used previously unpublished drawings, penned by Gill and stored in the company's archive, to create a design that would stay true to the British designer's intentions. "I wanted my design to appear familiar but still look fresh," said Weinzierl. "My goal was to achieve a balance of simplicity, beauty, and usability. It's the first release from the type house based on its library of heritage material, which includes original drawings for typefaces, unpublished designs, and copper patterns used in initial production. Marc Newson designs matching kettle and toaster for Sunbeam. Designer Marc Newson has created a range of colourful kitchen appliances for his first collaboration with Australian brand Sunbeam (+ slideshow). 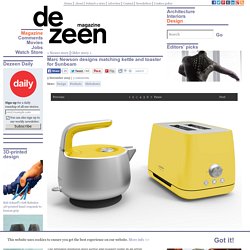 The brushed stainless steel kettle and toaster come in an array of glossy colours, which Sunbeam said deliver "an unrivalled sensory experience". Both products in the Sunbeam Marc Newson range feature rounded edges and circular controls, and have been designed to be "classic and futuristic". "Being Australian, I appreciate Sunbeam as an iconic brand that has been part of our kitchen history for many decades," commented Newson, who has designed everything from shotguns to samurai swords. "It made perfect sense for me to become involved not only from the perspective of a designer but also as a consumer," the London-based designer added. The toaster has a flat stainless steel top, brightly coloured tapered sides and an extra-wide crumb tray. The flat-topped kettle features a round body, resting on a circular black base, and an arched handle. 10 great quotes about design. A look at the Target Design Café at TED2014, with the North Shore Mountains in the background.

Photo: Bret Hartman For years now, Target has invited designers like Isaac Mizrahi (watch his TED Talk), Diane von Furstenberg (check out her TED playlist) and, most recently, abstract pattern-master Peter Pilotto to dream up collections. So when it came to creating the Target Design Café at TED2014, we knew it was going to be cool. The space features three enormous white barrels with plush red interiors that are perfect for lounging.

They were responsible for the Swinging Sixties and Punk after all. Home.