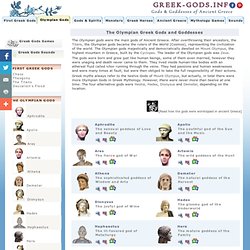 After overthrowing their ancestors, the Titans, the Olympian gods became the rulers of the World (Cosmos), representing the civilization of the world. The Olympian gods majestically and democratically dwelled on Mount Olympus, the highest mountain in Greece, built by the Cyclopes. The leader of the Olympian gods was Zeus. The gods were born and grew just like human beings, some of them even married, however they were unaging and death never came to them. The Olympian Gods. 624Google + The Twelve Olympians were the principal gods of the Greek pantheon, residing atop Mount Olympus. 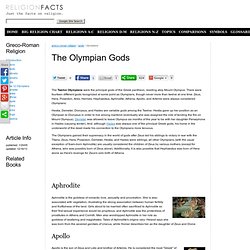 There were fourteen different gods recognized at some point as Olympians, though never more than twelve at one time.