NYC Open Data - Data. Books you should read: The Pragmatic Programmer. Some books on IT topics become outdated right after they are published while others stand the test of time. 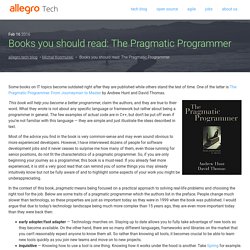 One of the latter is The Pragmatic Programmer. From Journeyman to Master by Andrew Hunt and David Thomas. Bringing Computational Thinking to K-12. 40 Key Computer Science Concepts Explained In Layman’s Terms. Computational Thinking. [HOPE X] Welcome to Hackers On Planet Earth! Forget Walmart. Hackers Conference Badges Show The Future of RFID Tracking. What Would Robot Poetry Look Like? Consider the word “table.” 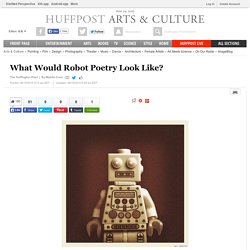 Three Ideas for 21st Century Global Curriculum. Now over a decade into the 21st century, there is tremendous pressure for education to "globalize. 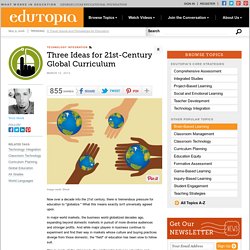 " What this means exactly isn't universally agreed upon. In major world markets, the business world globalized decades ago, expanding beyond domestic markets in pursuit of more diverse audiences and stronger profits. And while major players in business continue to experiment and find their way in markets whose culture and buying practices diverge from those domestic, the "field" of education has been slow to follow suit. This is made all the stranger by the relationship between education and economic systems.

3 Ways to Plan for Diverse Learners: What Teachers Do. In The Wizard of Oz, Dorothy and crew are so intimidated by the Wizard's enigmatic personality that they struggle to talk with him on equal footing. 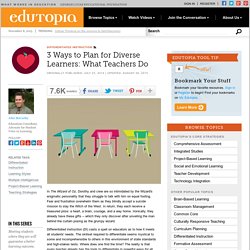 Fear and frustration overwhelm them as they blindly accept a suicide mission to slay the Witch of the West. In return, they each receive a treasured prize: a heart, a brain, courage, and a way home. Ironically, they already have these gifts -- which they only discover after unveiling the man behind the curtain posing as the grumpy wizard. How to Build a Technology-Based Curriculum. Editor's Note: Check out our Schools That Work package that profiles Forest Lake Elementary. 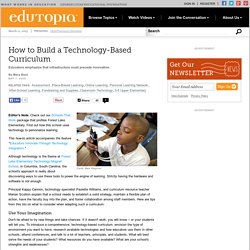 Find out how this school uses technology to personalize learning. This how-to article accompanies the feature "Educators Innovate Through Technology Integration. " How to Stay Caught Up with the Curriculum. You mention to a fellow teacher during lunch or after a faculty meeting how far along you are in the curriculum and they respond, "Oh, I'm way past that. 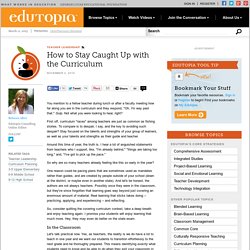 " Gulp. Not what you were looking to hear, right? First off, curriculum "races" among teachers are just as common as fishing stories. A Primer on Curriculum-Sharing Sites. Educational Programs Rubric. 14 Questions To Guide Your Curriculum Mapping And Lesson Design. By Grant Wiggins How teachers plan – I think this is one of the more interesting ‘black boxes’ in education. 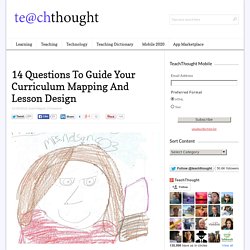 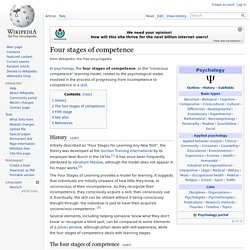 History[edit] The Four Stages of Learning provides a model for learning. 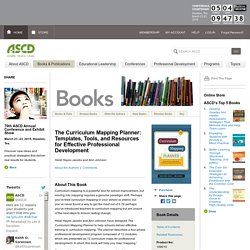 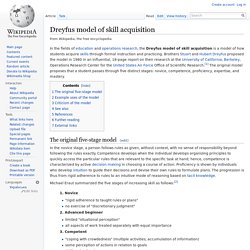 Brothers Stuart and Hubert Dreyfus proposed the model in 1980 in an influential, 18-page report on their research at the University of California, Berkeley, Operations Research Center for the United States Air Force Office of Scientific Research.[1] The original model proposes that a student passes through five distinct stages: novice, competence, proficiency, expertise, and mastery.

VPython. The Swift Parallel Scripting Language. Swift lets you write parallel scripts that run many copies of ordinary programs concurrently, using statements like this: foreach protein in proteinList { runBLAST(protein); } Swift is parallel: it runs multiple programs concurrently as soon as their inputs are available, reducing the need for complex parallel programming. Swift is easy: Short, simple scripts can do large-scale work. The same script runs on multicore computers, clusters, grids, clouds, and supercomputers. Swift is fast: it can run a million programs, thousands at a time, launching hundreds per second. Coding for kids.

Browning NYCIST Comp Sci Curriculum Meeting. Technology — The Browning School. In 2011, The Browning School acquired a MakerBot Thing-O-Matic, a 3-D printer that allows our boys to create colorful plastic models of objects. This machine can literally turn a three-dimensional computer model into a physical object. CodeHS - Learn to Code at School or at Home. Jenn's Tech Blog: EdTech: Breaking it Down by Grade Level. RedNotebook. Scope and Sequence - Every Chance to Learn. Curriculum Mapping on Pinterest.