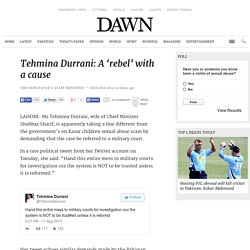 In a rare political tweet from her Twitter account on Tuesday, she said: “Hand this entire mess to military courts for investigation coz the system is NOT to be trusted unless it is reformed.” Her tweet echoes similar demands made by the Pakistan Tehreek-i-Insaf, PML-Q, Pakistan Awami Tehreek and others. Also read: ‘Don’t make it an ego problem’, PTI advice to govt on Kasur issue In an earlier tweet, Ms Durrani said “the civil government needs military help,” and that “this should not become an ego problem (as) it concerns the entire nation.”

Twitter. At Least 126 People, Mainly Children, Killed in Sickening Taliban School Attack. Today’s Taliban attack on a school in the Pakistani city of Peshawar shows a merciless disregard for human life and highlights the urgent need for protection of civilians in the area, Amnesty International said. 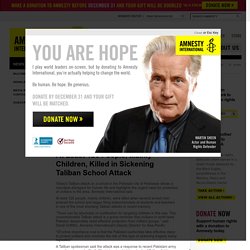 At least 126 people, mainly children, were killed when several armed men entered the school and began firing indiscriminately at students and teachers in one of the most shocking Taliban attacks in recent memory. “There can be absolutely no justification for targeting children in this way. This unconscionable Taliban attack is a grave reminder that civilians in north-west Pakistan desperately need effective protection from militant groups,” said David Griffiths, Amnesty International’s Deputy Director for Asia-Pacific. “Of prime importance now is that the Pakistani authorities take effective steps to protect civilians and minimize the risk of this type of sickening tragedy being repeated.”

Witter / ? Nobel for Malala - Dr Adil Najam. By this time next week I hope the world will be celebrating the award of the 2013 Nobel Peace Prize to Malala Yousafzai of Pakistan. 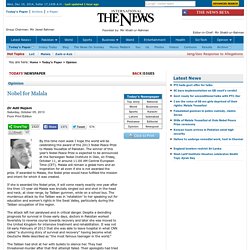 The winner of this year’s Nobel Peace Prize is expected to be announced at the Norwegian Nobel Institute in Oslo, on Friday, October 11, at around 11.00 AM Central European Time (CET). Malala will remain a global hero and an inspiration for all even if she is not awarded the prize. If awarded to Malala, the Nobel prize would have fulfilled the mission and intent for which it was created. If she is awarded the Nobel prize, it will come nearly exactly one year after the then 15-year old Malala was brutally singled out and shot in the head and neck, at close range, by Taliban gunmen, while on a school bus. Chairperson PPP Bilawal Bhutto Zardari appeals to PPP sympathizers. To those whose heart beats with the PPP but feel let down for any reason; first of all, allow me to apologize personally for letting you down. 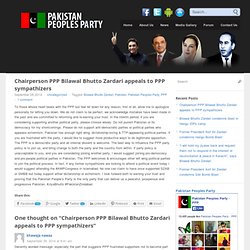 We do not claim to be perfect, we acknowledge mistakes have been made in the past and are committed to reforming and re-earning your trust. In the interim period, if you are considering supporting another political party, please choose wisely. Do not punish Pakistan or its democracy for my shortcomings. Please do not support anti-democratic parties or political parties who appease extremism. Pakistan has enough right wing, dictatorship-loving & TTP-appeasing political parties. How TV dupes our public. My love affair with Sindhri mangoes. It doesn’t have irritating fibres that get stuck between the teeth, and allows itself to be eaten in so many forms. 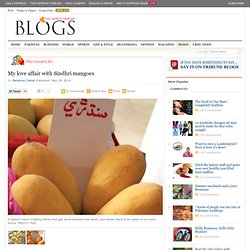 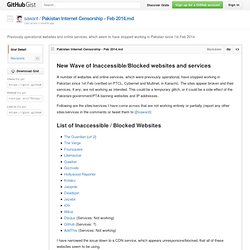 The sites appear broken and their services, if any, are not working as intended. Aitzaz Hasan: Tributes to Pakistan teenager killed when he stopped a bomber. Tributes have been pouring in for a Pakistani teenager who was killed on Monday when he tackled a suicide bomber targeting his school in the Hangu area. 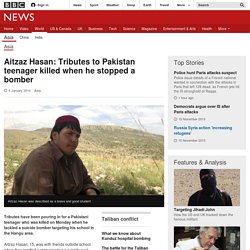 Aitzaz Hasan, 15, was with friends outside school when they spotted a man wearing a suicide vest. Despite the pleas of his fellow students, he decided to confront and capture the bomber who then detonated his vest, his cousin told the BBC. A tough man’s hard ending; colleagues analyse Aslam’s assassination. Karachi’s iron man has fallen. Chaudh­ry Aslam caught crimin­als of the likes of Saulat Mirza, Ajmal Pahari and Rehman Dakait. 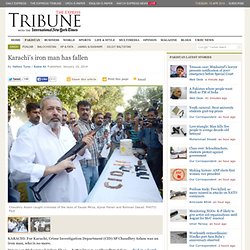 Chaudhry Aslam caught criminals of the likes of Saulat Mirza, Ajmal Pahari and Rehman Dakait. PHOTO: FILE KARACHI: For Karachi, Crime Investigation Department (CID) SP Chaudhry Aslam was an iron man, who is no more. Super cop Mohammad Aslam Khan — better known as Chaudhry Aslam — died in a bomb blast near Essa Nagri on Thursday. He leaves behind a wife, three sons and a daughter.

As the head of the Anti-Extremist Cell of the CID, Aslam was the formidable face of Karachi police. Pakistan Elections. Elections2013. Pakistan Election Updates 2013 - The Express Tribune. It's election time in Pakistan: Go rich boy, go! - Play online at textadventures.co.uk. Hum Sabb Hazara Hein. Protest outside Governor House Lahore NOW.#WeAreAllHazara. Not in her name - Ahmed Quraishi. Malala Yousafzai is one more Pakistani whose story symbolises this nation’s resilience, talent and strength. 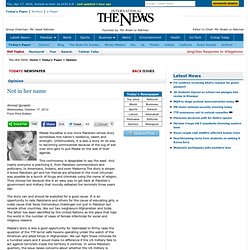 Unfortunately, it is also a story on its way to becoming controversial because of the tug of war over who gets to pull Malala on the side of their agenda. Google. Google. Twitter alert: Sana Bucha resigns? Maya Khan Is Willing To Sacrifice Your Reputation For Her Career. This is another side of the picture. ‘Memogate’ commission should examine existing evidence, not create new evidence « Journeys to democracy. The equation as it should be: Army following policies set by the civilian elected government, not the other way round. 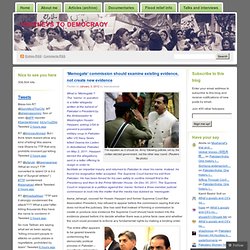 (Reuters file photo) What is ‘Memogate’? The ‘memo’ in question is a letter allegedly written at the behest of Pakistan’s President by the Ambassador to Washington Husain Haqqani, asking USA to prevent a possible military coup in Pakistan after US Navy Seals killed Osama bin Laden in Abbottabad, Pakistan on May 2, 2011. Rangers Kill Youth in Karachi Extrajudicial Killing « CHUP! – Changing Up Pakistan. Source: The News On Wednesday, news outlets report that a young man was “brutally murdered” in an extrajudicial killing that took place in Benazir Park in Karachi.