National Museum of African American History and Culture Releases “Talking About Race” Web Portal. Research shows that many people feel they do not have the information needed to discuss race in a way that is candid, safe and respectful of other viewpoints and experiences. 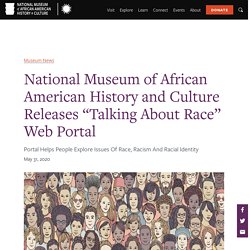 “The portal offers a wealth of resources to inform and guide discussions—videos, role-playing exercises, targeted questions and more, said Crew.” “We hope that people will use this site to become more comfortable about engaging in honest dialogue and self-reflection.” Talking About Race builds upon decades of work by the museum’s educators. It is the result of extensive research, studies, consultations, and educational resources from these fields: history, education, psychology and human development.

In 8 tips for choosing ‘good’ picture books featuring Black and Indigenous people and People of Color (BIPOC), our colleagues at Diverse BookFinder offer recommendations about how to evaluate “diverse” and “multicultural” children’s books to find great books the children in your life will love. 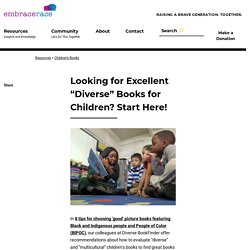 In this piece, we identify promising starting points, in addition to the Diverse BookFinder, for your search for children’s books to which you might apply the criteria described in 8 tips. The blogs and sites named below by no means exhaust the list of sites that highlight excellent children’s books. Nor do all the books featured on those sites meet each of the 8 tips criteria. However, a search that begins with the sites on this list is likely to bear quality fruit! EmbraceRace is not affiliated with any of these sites. Where to get ebooks for kids online Major hubs for discovering diverse children's books.

How to Be an Antiracist Educator. Teachers Must Hold Themselves Accountable for Dismantling Racial Oppression. This week began with a hike in the woods for my family and me in the Shenandoah Valley State Park. 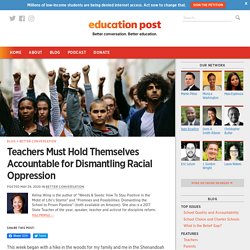 Pre COVID-19, our outings consisted of laser tag, movies every weekend, and going out to eat, but now, we are just happy being outside. As we parked our car, the first thing I noticed was the huge Confederate flag hanging from the window of the adjacent house. It was not lost on me that I was only 30 minutes away from Charlottesville, and it was not bears that I feared in those woods that day. At the same time, Amy Cooper was in a park too, breaking the law and not adhering to the park rules. Rather than acknowledge her wrongdoing and moving on, she decided to call 911 and say an African American man was threatening her life. 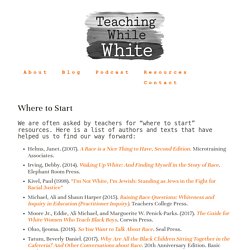 Becoming and Unbecoming White: Owning and Disowning a Racial Identity. Bergin and Garvey.Delgado, Richard & Jean Stefanic. (1997). Critical White Studies: Looking Behind the Mirror. Temple University Press.Doane, Ashley & Eduardo Bonilla-Silva, Eds. (2003). White Out: The Continuing Significance of Racism. How to Root Out Anti-Black Racism From Your School. Opinion An organizer protests outside a police department in Long Beach, Calif., after the May 25 death of George Floyd, who was in the custody of the Minneapolis police. 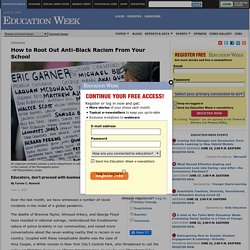 —AP Photo/Ashley Landis By Tyrone C. 15 Classroom Resources for Discussing Racism, Policing, and Protest - Teaching Now. By Sarah Schwartz and Madeline Will As nationwide protests against police brutality continue, teachers in their virtual classrooms are once again searching for ways to help their students process the killings of black people in police custody in the United States. 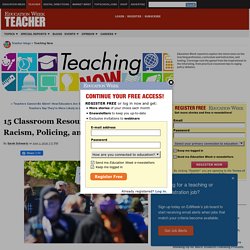 Speaking with Education Week on Monday, teachers said that they and their colleagues have a responsibility to address these protests, which erupted when George Floyd, an unarmed black man, died after a Minneapolis police officer knelt on his neck for almost nine minutes. "Teachers cannot be silent during this time," said Patrick Harris, a 6th and 7th grade English and social studies teacher at the Detroit Achievement Academy.

"Teachers have to take a stand. How to Be an Antiracist by Ibram X Kendi review – a brilliantly simple argument. If Ibram X Kendi has been a lifelong racist – as he confesses in this book – then we all have. 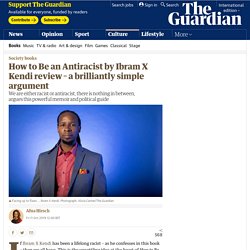 This is the unsettling idea at the heart of How to Be an Antiracist, in which one of the US’s most respected scholars of race and history steps away from documenting the racist sins of others, and turns the lens pointedly, uncomfortably, at himself. Kendi’s argument is brilliantly simple. An idea, action or policy is either racist – that is, contributing to a history that regards and treats different races as inherently unequal – or it is antiracist, because it is trying to dismantle that history. There is nothing in between. There is no pure state of racism or anti-racism: people of all races and backgrounds can fall into either category depending on their ideas, actions or the policies they support.

Antiracism takes effort. Kendi digs deep to justify these analogies. "How to Be an Antiracist: Audiobook Picks " Playlist. RACE – THE POWER OF AN ILLUSION: How the Racial Wealth Gap Was Created. 13TH Trailer (2016)