Bullying in the Workplace. Bully. Cyberbullying. Misogyny, feminism, and sexual harassment. The Ocasio-Cortez nude photo hoax is straight from the misogynists' harassment playbook. Gender Based Violence Resource Library - VAWnet.org. For Those Getting Married, a Searchable Domestic Violence Database. A city in eastern China is preparing to roll out a database that would allow people getting married to check if their prospective partner has a history of domestic violence, in what’s being called the first of its kind in the country. 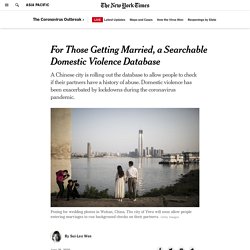 Rachel Louise Snyder: ‘Domestic abuse is as common as rain' In 2002, Dorothy Giunta-Cotter was shot and killed in her own home in Massachusetts by her husband and relentless abuser of 20 years, William Cotter. 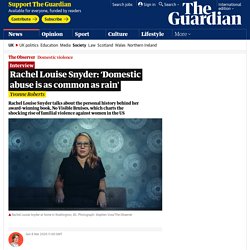 He then turned the gun on himself. Dorothy, 35, had fled from him with their two daughters a few days earlier because Cotter had begun to hurt their 11-year-old, but she had refused the offer of a refuge. She told the police that if her daughters were with her, Cotter would find them, and kill all three. “She attempted to avert the worst of two terrible outcomes,” wrote the American journalist Rachel Louise Snyder in an article published in the New Yorker in 2013, “the loss of her daughters’ lives along with her own.” National Resource Center on Domestic Violence. 12/12: Mansfield, MA Police Dept. chosen as pilot for domestic violence program. The Mansfield Police Department is one of just six in the nation selected to pilot a new program for enhanced response to domestic violence. 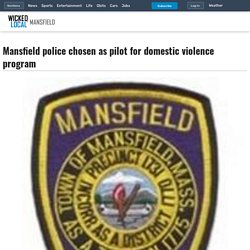 International Association of Police Chiefs (IACP) will provide training, support and technical assistance to Mansfield in its role as a test site for the Enhancing Community Trust: Proactive Approaches to Domestic and Sexual Violence project. 6/1/14: Traumatic Brain Injury and Domestic Violence: Understanding the Intersections. A traumatic brain injury (TBI) is defined as a specific type of damage to the brain that is caused by external physical force and is not present at birth or degenerative. 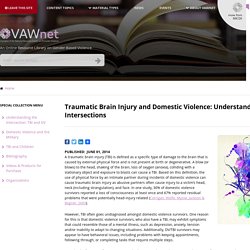 A blow (or blows) to the head, shaking of the brain, loss of oxygen (anoxia), colliding with a stationary object and exposure to blasts can cause a TBI. Based on this definition, the use of physical force by an intimate partner during incidents of domestic violence can cause traumatic brain injury as abusive partners often cause injury to a victim’s head, neck (including strangulation), and face. 7/5/18: Therapeutic horticulture can help meet the complex needs of domestic violence survivors and their children?

By Patty Branco, NRCDV Senior Technical Assistance and Resource Specialist One of my favorite things about working as a Technical Assistance Specialist for the National Resource Center on Domestic Violence is the opportunity to research and respond to inquiries about innovative or alternative approaches to serving survivors of gender-based violence in more holistic and engaging ways. 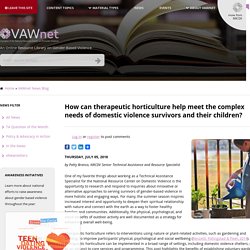 For many, the summer season inspires increased interest and opportunity to deepen their spiritual relationship with nature and connect with the earth as a way to foster healthy families and communities. Additionally, the physical, psychological, and social benefits of outdoor activity are well documented as a strategy for enhancing overall well-being. Therapeutic horticulture refers to interventions using nature or plant-related activities, such as gardening and farming, to improve participants’ physical, psychological and social wellbeing (Renzetti, Follingstad & Fleet, 2014). Addressing food insecurity. 12/13: Calgary pilot program waives utility deposits for survivors of domestic violence.

CALGARY (660 NEWS) — Direct Energy and the Alberta government are ensuring the lights stay on for Albertans who are fleeing domestic violence. 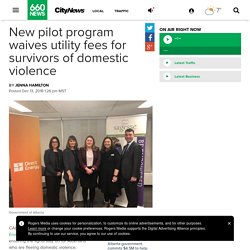 The Safer Spaces Utility Pilot Program is recognizing finances for survivors of domestic violence may be a challenge. The program, the first-of-its-kind in Alberta, will waive the $200 deposit for setting up an account, as well as fees for set up and reconnection. “We will also work with the customer on flexible payment arrangements and prevent any collections activity for a minimum of one year, we want to set the survivors up to succeed,” said Lori Armstrong, director of regulated services, Direct Energy. Alberta: Safer Spaces Certification. Understanding & Addressing Violence Against Women_WHO. Intimate partner violence —Wikipedia. Intimate partner violence (IPV) is domestic violence by a current or former spouse or partner in an intimate relationship against the other spouse or partner.[1][2] IPV can take a number of forms, including physical, verbal, emotional, economic and sexual abuse. 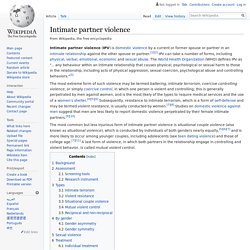 The World Health Organization (WHO) defines IPV as "... any behaviour within an intimate relationship that causes physical, psychological or sexual harm to those in the relationship, including acts of physical aggression, sexual coercion, psychological abuse and controlling behaviors. "[3] Background[edit] Physical violence against a woman in Benin. Intimate partner violence occurs between two people in an intimate relationship. Studies in the 1990s showed that both men and women could be abusers or victims of domestic violence.

According to a study conducted in 2010, 30% of women globally aged 15 and older have experienced physical and/or sexual intimate partner violence.[14] Assessment[edit] Screening tools[edit] The U.S. Types[edit] 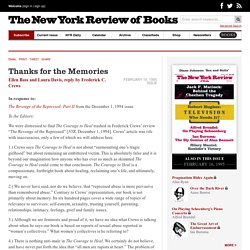 Crews’ article was rife with inaccuracies, only a few of which we will address here. 1.) 2.) 3.) 4.) 5.) 6.) Adverse Childhood Experiences (ACEs) HUMAN TRAFFICKING. 8/14/18: Children Suffering from Trauma After Cops Raid Wrong Home, Hold 9yo and 6yo Boys at Gunpoint. Chicago, IL — Two little boys who used to look up to police have been traumatized and their view of police tarnished after a SWAT team burst into their home at night and held the entire family at gunpoint, including the children. 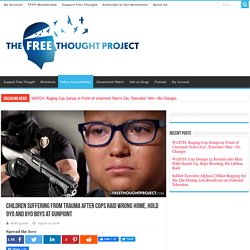 The family was innocent and the raid was on the wrong home. All too often, police raid the wrong home. Whether it’s due to the wrong address on the warrant, faulty GPS, or just blatant carelessness, the results are the same. 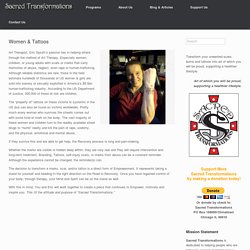 Especially women, children, or young adults with scars or marks that carry memories of abuse, neglect, even rape or human-trafficking. Although reliable statistics are rare, those in the field estimate hundreds of thousands of US women & girls are sold into slavery or sexually exploited in America’s $9.5bn human-trafficking industry. According to the US Department of Justice, 300,000 of those at risk are children. The “property of” tattoos on these victims is systemic in the US (but can also be found on victims worldwide). Pretty much every woman who survives the streets comes out with some kind of mark on her body. If they survive this and are able to get help, the Recovery process is long and pain-staking.

4/3/17: Reclaiming the body after trauma –Can body art help abuse survivors heal? By Patty Branco, Senior Technical Assistance and Resource Specialist for NRCDV “They want a tattoo that represent[s] reclaiming their lives back; empowerment and reminding them that we are no longer victims but we are survivors.” - Marlo Lualemana, Tattoo Artist and Sexual Assault Survivor I knew this was a thing. I had heard of breast cancer survivors turning their mastectomy scars into beautiful art. However, in my 13 years with the NRCDV, developing resources and providing technical assistance to the public, this was the first time I received an inquiry related to the use of tattoos to help trauma survivors heal. The caller was seeking information – mainly research studies as well as examples of collaborations between community-based programs and tattoo artists – for writing an article for his organization’s website in observance of Sexual Assault Awareness Month.