Yes, I really did switch to Backblaze, here's why... — KatieFloyd.me. I advocate a strong backup strategy and I regularly talk about this on the blog and on Mac Power Users. 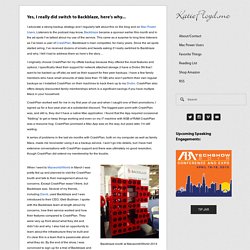 Listeners to the podcast may know, Backblaze became a sponsor earlier this month and in the ad spots I’ve talked about my use of the service. This came as a surprise to long time listeners as I’ve been a user of CrashPlan, Backblaze’s main competitor, for many years. Since the ad spots started airing, I’ve received dozens of emails and tweets asking if I really switched to Backblaze and why. I felt I had to address them so here’s the story… I originally choose CrashPlan for my offsite backup because they offered the most features and options. Ultimate Guide How To Use Google+ Photos. How the NSA is infiltrating private networks. By Barton Gellman, Todd Lindeman and Ashkan Soltani, Published: Oct. 30, 2013 The NSA, working with its British counterpart, the Government Communications Headquarters (GCHQ), secretly taps into the internal networks of Yahoo and Google, the two biggest Internet companies by overall data traffic. 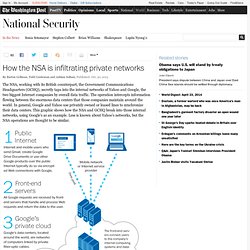 The operation intercepts information flowing between the enormous data centers that those companies maintain around the world. Dashboard. Wi-Fi tethering 101: Use a smartphone as a mobile hotspot. November 4, 2011 06:00 AM ET Computerworld - Buried inside many of the latest smartphones is a capability that few people take advantage of. 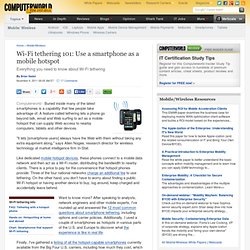 A feature called tethering lets a phone go beyond talk, email and Web surfing to act as a mobile hotspot that can supply Web access to nearby computers, tablets and other devices. "It lets [smartphone users] always have the Web with them without taking any extra equipment along," says Allen Nogee, research director for wireless technology at market intelligence firm In-Stat. Like dedicated mobile hotspot devices, these phones connect to a mobile data network and then act as a Wi-Fi router, distributing the bandwidth to nearby clients. There is a price to pay for the convenience that hotspot phones provide: Three of the four national networks charge an additional fee to use tethering. 100 Possessions. iPad Mini: All big tablets, please go home (review) The iPad Mini is proof positive why technical specs don’t matter anymore. 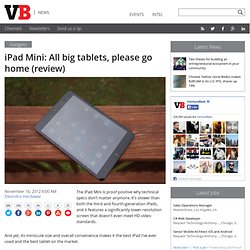 It’s slower than both the third and fourth-generation iPads, and it features a significantly lower resolution screen that doesn’t even meet HD video standards. And yet, its miniscule size and overall convenience makes it the best iPad I’ve ever used and the best tablet on the market. The original 9.7-inch iPad basically created the modern tablet market, and Apple’s iPad line still accounts for more than 50 percent of new tablets sold (according to IDC). How Evernote has helped me go paperless (a status update) Last fall, I went paperless at work. 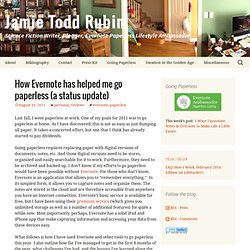 One of my goals for 2011 was to go paperless at home. Spotify smackdown: which music streaming service rocks hardest? Maybe you’ve been enjoying the era of all-you-can-pirate music and how plugged in to the culture it makes you feel. 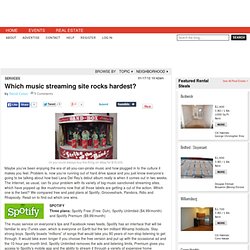 Problem is, now you’re running out of hard drive space and you just know everyone’s going to be talking about how bad Lana Del Rey’s debut album really is when it comes out in two weeks. The Internet, as usual, can fix your problem with its variety of big-music sanctioned streaming sites, which have popped up like mushrooms now that all those labels are getting a cut of the action. Digital store comparison: iTunes vs. Google Play vs. Amazon. Apple has released iTunes 11, but it's not the only game in town. 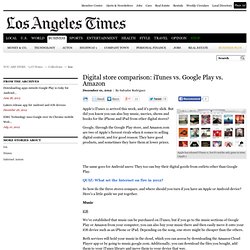 (Apple ) Apple's iTunes 11 arrived this week, and it's pretty slick. But did you know you can also buy music, movies, shows and books for the iPhone and iPad from other digital stores? Pilot EasyTouch Retractable Ballpoint Pens, Fine Point, Refillable, Clear Barrel, Black Ink, 12-Count, 32210: Office Products. Made By Humans - Eco Staple Free Stapler Round. Reusable Replacements: In the Office. Americans generate about 250 million tons of trash every year, and single-use products are a big reason why. 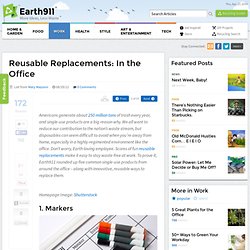 We all want to reduce our contribution to the nation’s waste stream, but disposables can seem difficult to avoid when you’re away from home, especially in a highly-regimented environment like the office. Don’t worry, Earth-loving employee. Scores of fun reusable replacements make it easy to stay waste-free at work. To prove it, Earth911 rounded up five common single-use products from around the office – along with innovative, reusable ways to replace them.

Homepage Image: Shutterstock Photo: Shutterstock An estimated 500 million markers are disposed of in North America every year. IT Support Services, Computer Repairs, Remote IT Support, IT Problems. Day 14: Digitize. We are not big fans of “to do” lists. 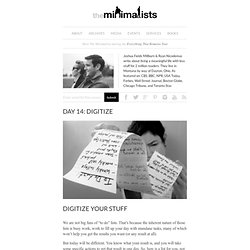 That’s because the inherent nature of those lists is busy work, work to fill up your day with mundane tasks, many of which won’t help you get the results you want (or any result at all). But today will be different. The End of Book Publishing As We Know It. A few days ago, I watched a video demo of the “SI Tablet” (see video below), a new eBook device developed by Time, Inc. and The Wonderfactory. 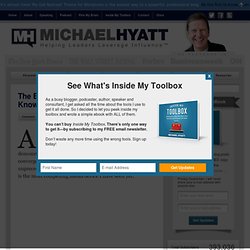 It demonstrates how a touch screen, portability, and the convergence of text, audio, and video can create unprecedented opportunities for content providers. Frankly, it is the most compelling media device I have seen yet. If you can’t see this video in your RSS reader or email, then click here. According to the video, Time will launch this device in 2010. As a result, the future is arriving faster than most of us thought—or at least I thought.