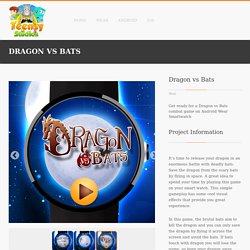 Save the dragon from the scary bats by flying in space. A great idea to spend your time by playing this game on your smart watch. This simple gameplay has some cool visual effects that provide you great experience. In this game, the brutal bats aim to kill the dragon and you can only save the dragon by flying it across the screen and avoid the bats. Local search for Muslim on the go. Mobile apps have radically transformed our lives to digital and changed the way we perform day to day tasks. 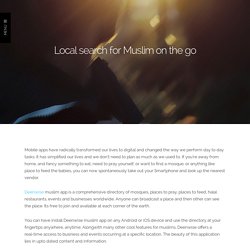 It has simplified our lives and we don’t need to plan as much as we used to. If you’re away from home, and fancy something to eat, need to pray yourself, or want to find a mosque, or anything like place to feed the babies, you can now spontaneously take out your Smartphone and look up the nearest vendor. Deenwise muslim app is a comprehensive directory of mosques, places to pray, places to feed, halal restaurants, events and businesses worldwide.

Anyone can broadcast a place and then other can see the place. Its free to join and available at each corner of the earth. You can have install Deenwise muslim app on any Android or iOS device and use the directory at your fingertips anywhere, anytime. Deenwise is different from other local search app by its rating system. Slots Machine - Android Wear. Math Shooter is a classic but addictive bubble shooter style game available first time for your Android Wear Smartwatch. 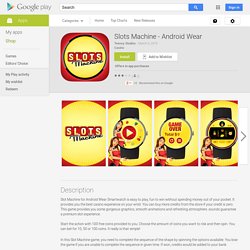 LG Watch Urbane Review. The need and demand for better-looking Android Wear smartwatches is gradually increasing but its however definitely being answered. 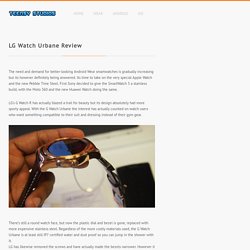 Its time to take on the very special Apple Watch and the new Pebble Time Steel. First Sony decided to give the SmartWatch 3 a stainless build, with the Moto 360 and the new Huawei Watch doing the same. LG’s G Watch R has actually blazed a trail for beauty but its design absolutely had more sporty appeal. Number Crunch - Android Wear. Its time to explore deep challenge for your mind. 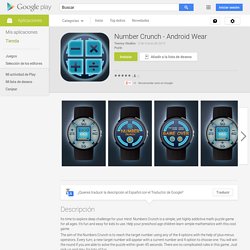 Numbers Crunch is a simple, yet highly addictive math puzzle game for all ages. It's fun and easy for kids to use. Help your preschool age children learn simple mathematics with this cool game. The aim of the Numbers Crunch is to reach the target number using any of the 4 options with the help of plus-minus operators. Repulsion - Android Wear. Repulsion is a simple finger-runner for Android Wear Smartwatch. 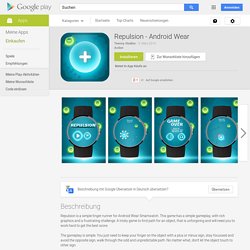 This game has a simple gameplay, with rich graphics and a frustrating challenge. A tricky game to find path for an object, that is unforgiving and will need you to work hard to get the best score. The gameplay is simple. You just need to keep your finger on the object with a plus or minus sign, stay focussed and avoid the opposite sign, walk through the odd and unpredictable path.

No matter what, don’t let the object touch to other sign. Dragon vs Bats - Android Wear. Gravity Flip is a challenging fast paced running game for Android Wear Smartwatch. 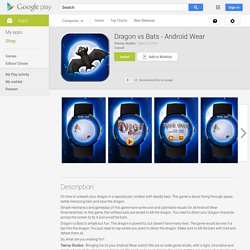 There are no streets, tracks, subway station or temples, but a puzzling space. You play as a robot and control its gravity by single tap on screen. Run as far as you possibly can in this game. Ladder Rush - Android Wear. Gravity Flip is a challenging fast paced running game for Android Wear Smartwatch. 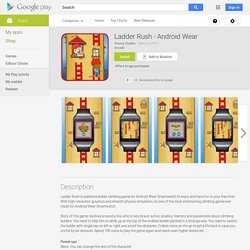 There are no streets, tracks, subway station or temples, but a puzzling space. You play as a robot and control its gravity by single tap on screen. Run as far as you possibly can in this game. Math Shooter - Android Wear. Math Shooter is a classic but addictive bubble shooter style game available first time for your Android Wear Smartwatch. 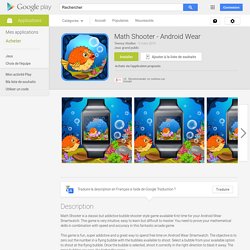 This game is very intuitive, easy to learn but difficult to master. You need to prove your mathematical skills in combination with speed and accuracy in this fantastic arcade game. This game is fun, super addictive and a great way to spend free time on Android Wear Smartwatch. MWC: Top smartwatches launched at Mobile World Congress 2015 - This year at Mobile World Congress, the trade show held in Barcelona has been truly taken over by wearables. 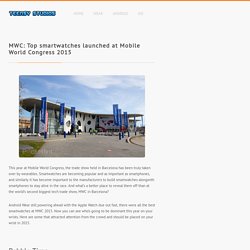 Smartwatches are becoming popular and as important as smartphones, and similarly it has become important to the manufacturers to build smartwatches alongwith smartphones to stay alive in the race. And what’s a better place to reveal them off than at the world’s second biggest tech trade show, MWC in Barcelona? Android Wear still powering ahead with the Apple Watch due out fast, there were all the best smartwatches at MWC 2015.

Now you can see who’s going to be dominant this year on your wrists. Gravity Flip - Android Wear. Gravity Flip is a challenging fast paced running game for Android Wear Smartwatch. There are no streets, tracks, subway station or temples, but a puzzling space. MadTinker Games. Photos du journal - Mad Tinker Games. The apocalypse is here: Zombia Bomb on Android Wear Smartwatch. For people who like horror or zombie movies like Evil Dead, World War Z, Resident Evil or Land of the Dead and even more, many zombie games has been introduced over a long period of time. These games are available on almost every platform from playstation to desktop to mobile.

We can hardly find any zombie game of Android wearable smartwatch that were always asked by the horror genre lovers. Smartphones and Mobile Apps in MENA. Smartphone usage is increasing in the Middle East, and the area is anticipated to make up the second-largest smartphone population worldwide. According to the most recent studies in the sector, about 40 percent of smartphone owners in the Middle East and Africa make use of the smart features in their devices and connect to the Internet to watch videos, download applications and play video games online, while the rest do not have connections on their gadgets.

Go-Gulf. com has come up with a great Infographic on Smartphone usage in the Middle East exposing some interesting stats and trends. According to the report, Qatar has the highest percentage of smartphone penetration, at 75 %, while UAE comes a close second, at 73 %. Although smartphone sales & penetration has actually seen a fast growth, it is still expected to enhance by 39 % in the Middle East by 2015. When we separate the smartphone market share by platform, Android stands at 40 % and iOS at 35 %. Use of mobile apps in the MENA. MadTinker Games. Zombie Bomb - Best wear game for Android smartwatch.

Zombie Bomb - Android Wear. Who knew that building a Burj could be so easy? Burj Builder is a superb, physics-based tower building game - only people with quickfire building skills need apply. The goal in this brain-teaser is to build the highest and most stable burj possible..Blocks move from one side to another and you have to decide the exact spot to place it. If it fails to land perfectly on the block beneath, you lose a slice of the block - so the next block will be smaller than the previous one..It starts off very easy, but gets hard fast. prepare yourself, you will probably fail a few times before getting it right. .Happy building! Google Play featured game Deadly Spikes gets an update. You would have noticed a game in wear category of Google Play for a few months, if you have got a chance to go through it.

Deadly Spikes is one of the widely played and loved game for Android wear Smartwatch due to its engaging and addictive elements. It is one of the best games that follows the rich variety of including birds in one touch games. MadTinker Games. It is very simple to spot a modern casual mobile player in your living-room or in television or while on the go. However the major catch of the game is reaching to maximum possible audience in the entire gaming domain. Science and Technology in terms of Islam. Science and Technology in terms of Islam. History Islam entered a world that was highly civilized at that time, a world where Babylonian, Pharaonic, Greek, Roman, Byzantine, Achaemenian and Sasanian achievements in mathematics, astronomy, medicine and engineering were already there. The Arabs, nevertheless, were quick to grasp the value of knowledge. The early caliphs managed the translation into Arabic of Greek, Syriac, Sanskrit and Persian writing and handbooks.

Their successors later on adopted concepts and methods from India, China and, after the Crusades, from Europe. Islam postured no conflict between learning, knowledge and religious beliefs. Muslim thinkers, however, did not simply followed the concepts of their intellectual forebears. Huawei Android Wear smartwatch launching in March. Chinese mobile maker Huawei has revealed a smartwatch up in its sleeve. The device will be powered by Google’s Android Wear operating system and will be launched around March. The company, now a days, is committed to launch its first wearable running Android Wear, which will be readily available to view at Mobile World Congress. MadTinker Games. Original but challenging puzzles are enjoyable and are always welcomed but never arising spontaneously; with some extraordinary realistic environments; intriguing storyline that nicely ties all elements together.

With a captivating story, interactive action, challenging but engaging puzzles, Astropup is a welcome addition to the collection of action-puzzle games for Android and iOS. Storyline Although many research institutes and astronauts may have find it difficult to explore the galaxies for years, but mankind was always curious about the existence of aliens.