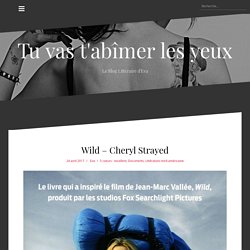 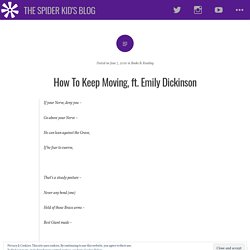 I can’t figure out of the dashes are actually meant to be commas or full stops, and I am warring with that strange comma that appears right after Nerve, because I couldn’t find anything more than a mere mistaken mark of the pen that looks more like a full stop than a comma anyway. And there were all these + signs I don’t know how to interpret, and the word “one” missing (which I have added in brackets).

Lately, I have been trying to resurrect an attribute I had, which I used to admire: boldness. If your Nerve deny you,Go above your Nerve -Akotowaa Like this: Wild (2014) - Plot Summary. Wild (2014 film) 2014 film by Jean-Marc Vallée Strayed begins her trek in the Mojave Desert in Southern California with her backpack. 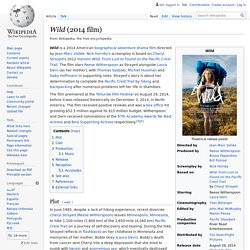 On the first night, she discovers she has brought the wrong type of gas for her stove and is therefore unable to cook food. After a few more days, Strayed meets Frank (W. Earl Brown), a farmer and construction worker who takes her in for the night and with his wife offers her a home-cooked meal and a warm shower. Strayed's best friend Aimee (Gaby Hoffmann) sends her provisions to stops along the trail, including letters that congratulate her on her progress. On the morning of Day 58, Strayed is out of water and desperately licks the dew off her tent. Strayed makes her way out of California and arrives in Ashland, Oregon, where she meets a man named Jonathan (Michiel Huisman), with whom she attends a tribute concert to Jerry Garcia and later spends the night.

Cheryl Strayed makes an appearance at the beginning as the woman who drops off Reese at the motel. Difference Between Public and Private Space. A public space is a social space that is generally open and accessible to people. 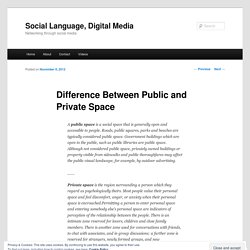 ___Private space is the region surrounding a person which they regard as psychologically theirs. Most people value their personal space and feel discomfort, anger, or anxiety when their personal space is encroached.Permitting a person to enter personal space and entering somebody else’s personal space are indicators of perception of the relationship between the people. __Side note~ Every minute, 24 hours of video are uploaded to YouTube. (472) Dead Poets Society Analysis. Psychological Themes in "Dead Poets Society" Essay. Necessary cookies help make a website usable by enabling basic functions like page navigation and access to secure areas of the website. 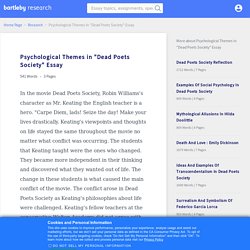 The website cannot function properly without these cookies. Preference cookies enable a website to remember information that changes the way the website behaves or looks, like your preferred language or the region that you are in. Statistic cookies help website owners to understand how visitors interact with websites by collecting and reporting information anonymously. These cookies may be set through our site by our advertising partners. They may be used by those companies to build a profile of your interests and show you relevant advertisements on other sites.