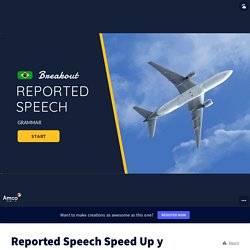 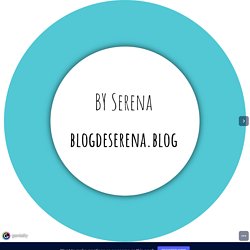 ,EXAMPLE,????????? ,If your friend says 'Can you get me a Drink? ',If you meet somebody on the way to get a drink and you tell HIM/HER THAT...YOU ARE TRANSMITTING WHAT THE OTHER PERSON SAID. tHIS IS REPORTED SPEECH,WE´RE GOINGTO SPEAK ABOUT... Apple Emoji Faces, Emoji Pictures [Download PNG] Digitalemedien. (199) "Und du so?": Was ist für dich Glück? Tipp des Monats - Goethe-Institut Griechenland. Monatlich stellen wir Ihnen interessante Themen, Websites und Materialien vor, die Sie für die Planung Ihres Deutschunterrichts nutzen können. 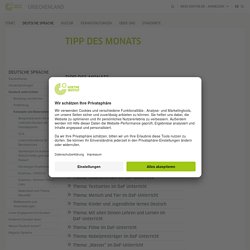 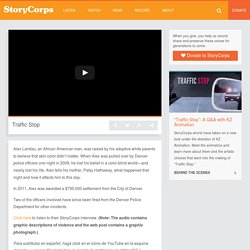 When Alex was pulled over by Denver police officers one night in 2009, he lost his belief in a color-blind world—and nearly lost his life. Alex tells his mother, Patsy Hathaway, what happened that night and how it affects him to this day. In 2011, Alex was awarded a $795,000 settlement from the City of Denver. Two of the officers involved have since been fired from the Denver Police Department for other incidents. Click here to listen to their StoryCorps interview. Para subtítulos en español, haga click en el ícono de YouTube en la esquina derecha, y escoja “Spanish” bajo la opción de “settings” y “subtitles/CC.” Credits Directed By Gina Kamentsky & Julie Zammarchi Art Direction Producers Rachel Hartman & Roxana Petzold Animation Funding Provided By More Information Audio Produced By Jud Esty-Kendall Original Music Joshua Abrams Publisher Lospotreros In Partnership with.

A creative writing activity: A dark and stormy night. Submitted 48 years 7 months ago by admin. 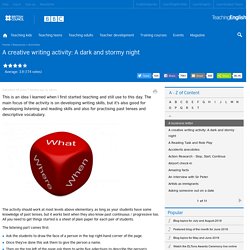 This is an idea I learned when I first started teaching and still use to this day. The main focus of the activity is on developing writing skills, but it's also good for developing listening and reading skills and also for practising past tenses and descriptive vocabulary. 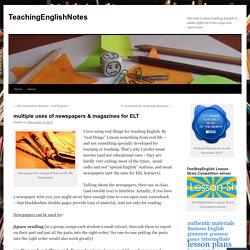 By “real things” I mean something from real life – and not something specially developed for learning or teaching. That’s why I prefer usual movies (and not educational ones – they are hardly very exiting, most of the times, usual radio and not “special English” stations, and usual newspapers (not the ones for ESL learners). Talking about the newspapers, their use in class (and outside too) is limitless. Actually, if you have a newspaper with you, you might never have enough time to even open your coursebook – that black&white double-pages provide tons of material. Newspapers can be used for: jigsaw reading (in a group, assign each student a small extract, then ask them to report on their part and put all the parts into the right order/ for one-to-one putting the parts into the right order would also work greatly) What else do you think can be done with newspapers to teach English?

Like this: Two Great Resources for Flipped Classrooms. Innovative Online Learning Tools to Use in 2015. Want to be a better student? There are literally thousands of apps for that. Not to mention a wide array of other online learning tools. They’re not all changing education — but a few innovative ones are. What happened to my Plan and the Add to plan button? 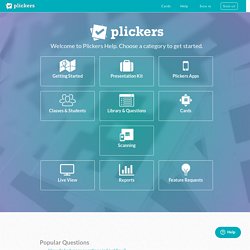 We’ve renamed “Add to Plan” and the “Planned” list on your mobile app – it’s now called Question Queue. Your Question Queue works just like your planned list on mobile. You can now see and manage what’s in the Queue for each class from the Library tab on the Plickers website. When I add questions to my Queue, they normally go to the top – where do they go now? Questions added to your Queue now go to the bottom of the Queue. Where are my archived questions? The new Archive folder contains all your archived questions. Which folder do the questions I create in the Plickers mobile app go into?