Finders Keepers: A Novel by Stephen King. Me and Earl and the Dying Girl (Revised Edition) by Jesse Andrews. I don't read a lot of comedy books. 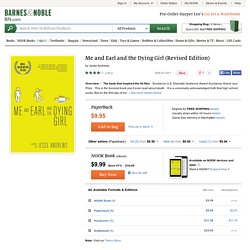 Reasons to Read: 1.Comedy: I have to say that some of the comedy in this book is a tad innappropriate. 2.Characters: The main characters in this book are really fleshed out. A New Thriller from the British Gillian Flynn. Publishers have been promising us the next Gone Girl pretty much since the moment Gillian Flynn hit print on that manuscript. 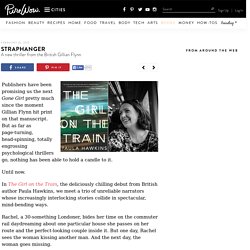 But as far as page-turning, head-spinning, totally engrossing psychological thrillers go, nothing has been able to hold a candle to it. Until now. In The Girl on the Train, the deliciously chilling debut from British author Paula Hawkins, we meet a trio of unreliable narrators whose increasingly interlocking stories collide in spectacular, mind-bending ways. Rachel, a 30-something Londoner, bides her time on the commuter rail daydreaming about one particular house she passes on her route and the perfect-looking couple inside it. But one day, Rachel sees the woman kissing another man. Rachel speaks up, but no one seems to trust her. We’ll say no more--as with any good mystery, the less you know, the better--but trust us, this is one train you don’t want to miss. 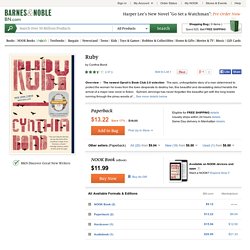 I was caught in a rip tide of beauty, sorrow, peace, hope and love…and such deep pain. However this was balanced by profound joy. The fact that this novel deals with such a pressing issue today was not lost on me. So many children are abused through human trafficking and child prostitution. 15 out of 15 people found this review helpful. Was this review helpful? 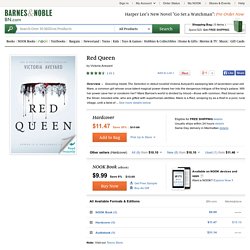 I really, REALLY enjo 4 Stars Ooh, RED QUEEN, where do I start? I really, REALLY enjoy it, a lot. But I did have my ups and downs with it though. I guess one of the main let downs about RED QUEEN was that I had my expectations too high for it, even after the mixed reviews started rolling in. But what I really loved was the last quarter or so of this book.

Dead Wake: The Last Crossing of the Lusitania by Erik Larson. Belzhar: Meg Wolitzer: 9780525423058: Amazon.com: Books. 11 of February 2015's Best Books To Fall In Love With This Month (Because A Great Read Is The Best Valentine) I know I said this last month, but I’M SERIOUS THIS TIME: February’s new titles are incredible. 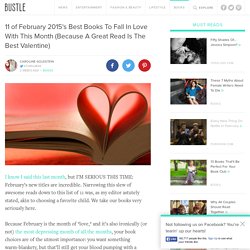 Narrowing this slew of awesome reads down to this list of 11 was, as my editor astutely stated, akin to choosing a favorite child. We take our books very seriously here. Because February is the month of *love,* and it’s also ironically (or not) the most depressing month of all the months, your book choices are of the utmost importance: you want something warm-blankety, but that’ll still get your blood pumping with a strong plot.

You want something challenging, but that won’t test your waning patience as the temperatures drop below human-appropriate levels. Essentially, you want a book to which you can pledge your undying February love and devotion. This month features a resurgence of some old favorites: Neil Gaiman fangirls will be thrilled with Trigger Warning, the prolific writer’s anthology of poems and tales. Disgruntled by Asali Solomon (Feb. 3; Farrar, Straus and Giroux) P.S.