33 Sci-Fi Stories by Philip K. Dick as Free Audio Books & Free eBooks. Image by Pete Wesch, via Wikimedia Commons Although he died when he was only 53 years old, Philip K. 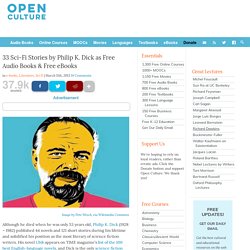 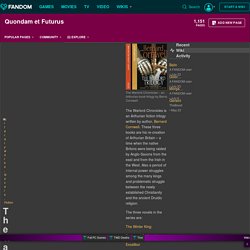 Watch Online The New Batman Adventures - Watch Series. Buckaroo Banzai HD Trailer. Stephen King has spent half a century scaring us, but his legacy is so much more than horror. It’s nearly impossible to overstate how influential Stephen King is. 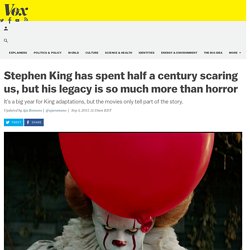 For the past four decades, no single writer has dominated the landscape of genre writing like him. To date, he is the only author in history to have had more than 30 books become No. 1 best-sellers. The Bazaar of Bad Dreams - Wikipedia. The Bazaar of Bad Dreams is a short fiction collection by Stephen King, published on November 3, 2015.[1] This is King's sixth collection of short stories and his tenth collection overall. 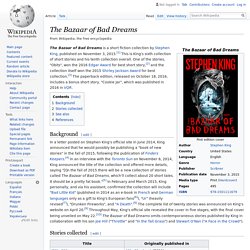 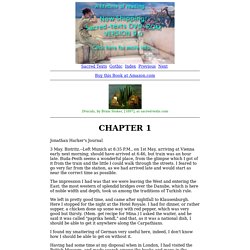 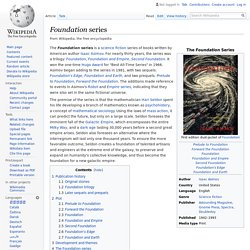 Isaac Asimov. American writer (1920–1992) Isaac Asimov (;[b] c. January 2,[a] 1920 – April 6, 1992) was an American writer and professor of biochemistry at Boston University. He was known for his works of science fiction and popular science. Asimov was a prolific writer who wrote or edited more than 500 books and an estimated 90,000 letters and postcards. Prophets of Science Fiction - Wikipedia. The series covers the life and work of leading science fiction authors of the last couple of centuries.[1] It depicts how they predicted and, accordingly, influenced the development of scientific advancements by inspiring many readers to assist in transforming those futuristic visions into everyday reality. 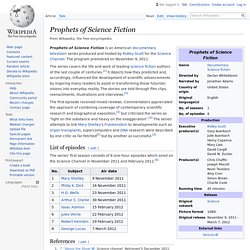 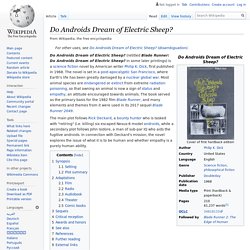 Dick Do Androids Dream of Electric Sheep? (retitled Blade Runner: Do Androids Dream of Electric Sheep? In some later printings) is a science fiction novel by American writer Philip K. Dick, first published in 1968. Synopsis[edit] Batman: The Killing Joke - Wikipedia. Created by Moore and Bolland as their own take on the Joker's source and psychology,[1] the story became famous for its origin of the Joker as a tragic character; a family man and failed comedian who suffered "one bad day" that finally drove him insane. 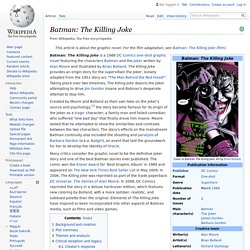 Moore stated that he attempted to show the similarities and contrasts between the two characters. The story's effects on the mainstream Batman continuity also included the shooting and paralysis of Barbara Gordon (a.k.a. Batgirl), an event that laid the groundwork for her to develop the identity of Oracle. Jerusalem by Alan Moore review – a magnificent, sprawling cosmic epic. Somewhere in this sprawling behemoth, this teeming leviathan, this pythonic mammoth of a novel there is a very good – even visionary – book struggling to get out. 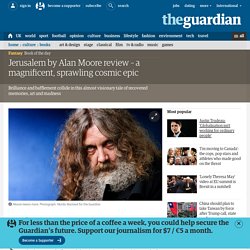 Notoriously, it runs to more than 600,000 words and is longer than the Bible. None of this will deter Alan Moore’s legions of fans, though I suspect that many of them may indulge in what Sir Walter Scott once referred to as the “laudable practice of skipping”. The plot is simple enough. We open with Alma Warren, an artist and eccentric, whose brother Michael once nearly choked on a cough sweet and miraculously came back to life. Many years later a bonk on the noggin has allowed him to access the memories of what happened when he was between life and death. There is much here that is magnificent, but the problem lies in the language.

Terry Pratchett Biography. Terry Pratchett was born in 1948 in Beaconsfield, Buckinghamshire. He had his first story published when he was just thirteen, and after leaving school at seventeen to become a journalist he continued writing, publishing his first novel, The Carpet People, in 1971 and going on to produce the phenomenally successful Discworld series as well as numerous other books, winning many awards and becoming the UK’s bestselling author. He died in March 2015 after a long struggle with Alzheimer’s disease. The Sandman (Vertigo) - Wikipedia. Comic series by Neil Gaiman The Sandman was advertised as "a horror-edged fantasy set in the DC Universe" in most of DC's comics dated Holiday 1988.