Enough With The Green Pens! The last two schools I worked at were not in any way related. 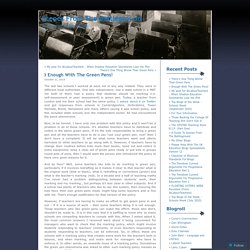 They were in different local authorities. One was independent; one a state school in a MAT. Yet both of them had a policy that students should be marking (i.e. self-assessment or peer assessment) in green pen. Today, a teacher from London told me their school had the same policy. I asked about it on Twitter and got responses from schools in Cambridgeshire, Oxfordshire, Tower Hamlets, Brent, Hampshire and many others saying it was school policy, and this included state schools and the independent sector. Our schools should be less like Singapore and more like Silicon Valley. AELP questions sense of GCSE maths and English resits after fall in pass rate for 17-year-olds. The Association of Employment and Learning Providers (AELP) has questioned the sense of forcing resits on learners who fail maths and English GCSE after the pass rate fell for 17-year-olds. 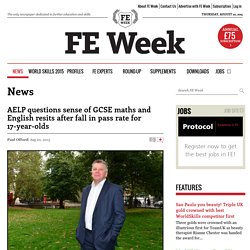 The 2014/15 academic year was the first in which learners who previously had not achieved a grade C in either subjects, but had continued onto post-16 study, were required to either resit their GCSEs or equivalent level functional skills exams. It is a key reason why the number of 17-year-old learners across FE and schools who sat maths GCSEs increased 30.2 per cent from 100,587 last year to 130,979 this year, while the number sitting English rose by 22.9 per cent from 79,045 to 97,163.

Meanwhile, the A* to C pass rate for that age group fell from 38.9 per cent last year to 35.8 per cent for maths, and from 37.9 per cent in 2014 to 35.1 per cent this year for English. The school where children expect the unexpected. Within minutes of arriving at West Rise Junior School, it’s clear this is no ordinary place: the headteacher is powering across dried-out marshland on a quad bike, sweeping past water buffalo and sending birds scattering. 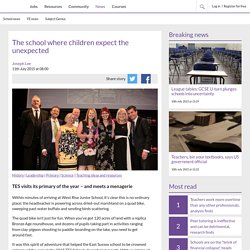 The quad bike isn’t just for fun. Peer tutoring is ineffective and can be detrimental, research finds. Two new studies on peer tutoring conclude that the technique – which involves students helping each other to learn – makes no impact on reading or maths scores. 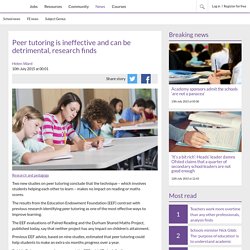 The results from the Education Endowment Foundation (EEF) contrast with previous research identifying peer tutoring as one of the most effective ways to improve learning. After diktats on phonics, are teachers really free to choose how to teach? Every teacher has those lessons that don't just go well, they go stupendously well. 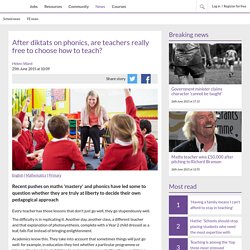 The difficulty is in replicating it. Another day, another class, a different teacher and that explanation of photosynthesis, complete with a Year 2 child dressed as a leaf, falls flat instead of bringing enlightenment. Academics know this. Carol Dweck: 'The whole idea of growth mindset is to say yes they can' Carol Dweck is education’s guru of the moment. 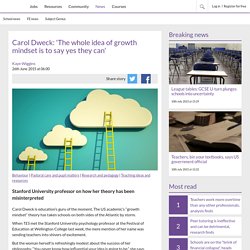 The US academic’s “growth mindset” theory has taken schools on both sides of the Atlantic by storm. When TES met the Stanford University psychology professor at the Festival of Education at Wellington College last week, the mere mention of her name was sending teachers into shivers of excitement. Why the ‘false growth mindset’ explains so much.

'Encouraging a growth mindset is not just about boosting academic achievement' One of the hot topics among teachers right now appears to be “growth mindset”. 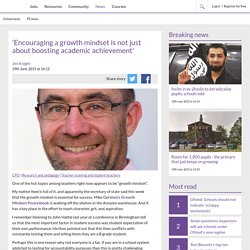 My twitter feed is full of it, and apparently the secretary of state said this week that the growth mindset is essential for success. CBI head calls for GCSEs to be scrapped - BBC News. Ofsted purges 40% of inspectors. Ofsted is ditching 40 per cent of its contracted inspectors after assessing them as not good enough to judge schools reliably, TES can reveal. 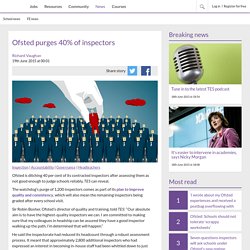 The watchdog’s purge of 1,200 inspectors comes as part of its plan to improve quality and consistency, which will also mean the remaining inspectors being graded after every school visit. Sir Robin Bosher, Ofsted’s director of quality and training, told TES: “Our absolute aim is to have the highest-quality inspectors we can.

I am committed to making sure that my colleagues in headship can be assured they have a good inspector walking up the path. I’m determined that will happen.” He said the inspectorate had reduced its headcount through a robust assessment process. Sir Robin revealed that one of the key reasons for rejecting so many was their lack of skill in writing reports, an area that has been a source of serious -concern for many schools. Headteachers have given the news a guarded welcome. Further education provides a lifeline. But try telling the government that. Conservatives must currently be thrilled with the state of the English education debate. 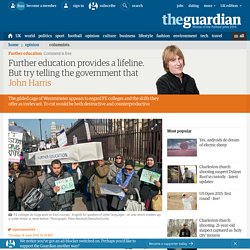 The fact that tuition fees were such a prominent part of the Labour platform back in May seems to have quietened that issue, and with it, grave concerns about the huge cultural and professional changes sweeping through higher education. Nicky Morgan discusses the future of education in England - Speeches. Good morning, and thank you Sir Anthony [Seldon, Master of Wellington College] for that very kind introduction. 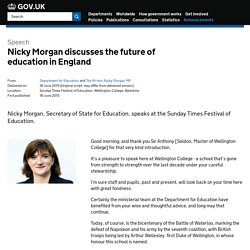 It’s a pleasure to speak here at Wellington College - a school that’s gone from strength to strength over the last decade under your careful stewardship. Seven in 10 schools prepared to rebel against government Ebac policy. More than 70 per cent of school leaders and teachers said they would refuse to make the English baccalaureate (Ebac) compulsory for all students, even if it meant missing out on being judged as outstanding by Ofsted, research shows. A survey of more than 1,200 headteachers and teachers also found that 45 per cent of schools that currently hold the top rating from the inspectorate would be willing to lose the status in a stand against the new policy.

As part of the government’s commitment to raising standards in the subject, 6 new core maths qualifications will be included in school and college performance tables from 2017 and as part of the TechBacc (Technical Baccalaureate) measure from 2016. The government has outlined the ambition that, by 2020, the great majority of young people will continue to study maths to age 18. TES columnist Tom Bennett to lead government's behaviour task force.

Ministers have appointed teacher and TES columnist Tom Bennett to draw up plans to help the profession deal with problems of “low level disruption” in the classroom. Mr Bennett will lead a new group created by the Department for Education to develop better training for teachers to tackle disruption caused by misbehaving children. 'Teaching teachers about growth mindset has little impact on students' progress' 20 psychological principles for teachers #12 Goal setting. Ofsted: too many schools give 'scrappy worksheets' out to use for homework. Schools face pressure under plans to target academic GCSEs. The education secretary, Nicky Morgan, will this week announce plans to push pupils towards studying more academic GCSE qualifications by using performance tables to punish schools that fail to enrol pupils in the government’s English baccalaureate suite of subjects.

Academies and performance pay are 'distractions' that won't improve learning, John Hattie warns. Several of the government’s key education policies, including performance-related pay for teachers, extra assessment and an emphasis on schools becoming academies, are a “distraction” that will have only a “minimal” impact on students’ learning, according to new work from a leading education academic.