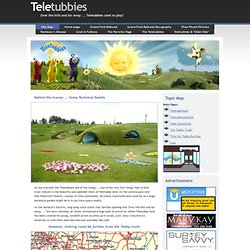 Some Technical Details As one watches the Teletubbies one of the things ... one of the very first things that strikes most viewers is the beautiful and splendid views of Teletubby-land. As the camera pans over hills filled with flowers, clumps of trees and bushes, all neatly manicured and cared for as a huge botanical garden might be in in our time-space reality. As the narrator's rhytmic, sing-song voice starts that familiar opening line "Over the hills and far away ... " we have certainly, at times, envisioned a huge park or movie lot where Teletubby-land has been created for young, smallish actors to dress up in small, cute, furry costumes to entertain us with their alien-like features and baby-like talk. However, nothing could be further from the Tubby-truth. Edutainment: How the Teletubbies Teach Children. Teletubbies. The recent "outing" of the Teletubbie Tinky-Winky by Televangelist Jerry Falwell and the subsequent tempest in a media teapot over these four characters brought to light several interesting aspects of this alleged "children's" program. 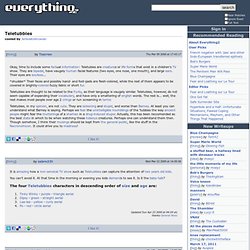 As the author investigated the Teletubbies and their world he was repeatedly struck by several obvious parallels which seem to exist between the behavior, motives and environment of the Teletubbies and the philosophy of Analytical Psychology as developed by C. G. Jung and his disciples. The purpose of this offering is to present an exposition of these synchronistic parallels in order to facilitate the continued propagation of that esteemed psychological approach.

All Together Teletubbies - Playful Pals and Delightful Days - Full Screen  What is the pink stuff teletubbies eat? What are the names of all the Teletubbies? There are 5 main characters in Teletubbies all of whom are listed here. 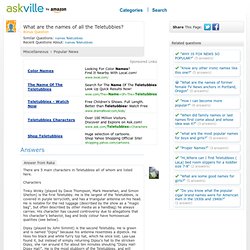 Characters Tinky Winky (played by Dave Thompson, Mark Heenehan, and Simon Shelton) is the first Teletubby. He is the largest of the Teletubbies, is covered in purple terrycloth, and has a triangular antenna on his head. He is notable for the red luggage (described by the show as a "magic bag", but often described by other media as a handbag) he always carries. His character has caused controversy due to allegations that his character's behavior, bag and body colour have homosexual qualities (see below). PBS Should Protect Children by Taking Teletubbies Off the Air, Coalition Says — Commercial Alert. PDF Version NEWS RELEASEFor More Information Contact: Eva Seidelman (202) 588-7751 For Immediate Release: March 22nd, 2000 A coalition of child advocates today asked Public Broadcasting System (PBS) President Pat Mitchell to stop broadcasting the Teletubbies, a television program marketed to children as young as twelve months, because young children should play instead of watching television, and fast food companies use the Teletubbies to market junk food. 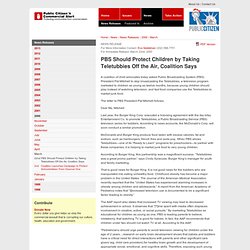 Funny Do you remember this baby? 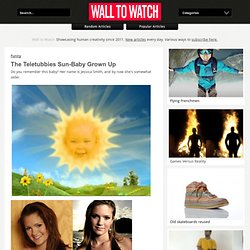 Her name is Jessica Smith, and by now she's somewhat older. The Trouble With Teletubbies. "If Public Television doesn't do it, who will? 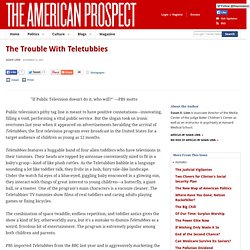 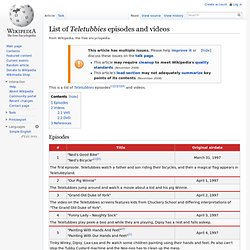 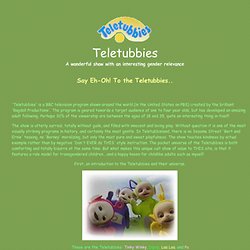 The program is geared towards a target audience of one to four year olds, but has developed an amazing adult following. Perhaps 30% of the viewership are between the ages of 18 and 35, quite an interesting thing in itself. The show is utterly surreal, totally without guile, and filled with innocent and loving play. Without question it is one of the most visually striking programs in history, and certainly the most gentle. In Teletubbieland, there is no Sesame Street 'Bert and Ernie' teasing, no 'Barney' moralizing, but only the most pure and sweet playfulness. Teletubbies. Teletubbies is a British BBC children's television series targeted at pre-school viewers and produced from 31 March 1997 to 5 January 2001 by Ragdoll Productions. 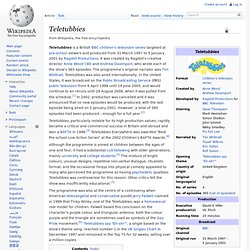 It was created by Ragdoll's creative director Anne Wood CBE and Andrew Davenport, who wrote each of the show's 365 episodes. The programme's original narrator was Tim Whitnall. Teletubbies was also aired internationally; in the United States, it was broadcast on the Public Broadcasting Service (PBS) public television from 6 April 1998 until 19 June 2005, and would continue to air reruns until 29 August 2008, when it was pulled from the schedule.[1] In 2002, production was cancelled and it was announced that no new episodes would be produced, with the last episode being aired on 5 January 2001. However, a total of 365 episodes had been produced – enough for a full year.[2] Overview Characters.

What are the Teletubbies Names. Teletubbies - The True Story. This mysterious species is still largely unknown to modern science, due to its inaccessibility (it is only found in certain parts of Canada, the north African plains and Bristol city centre). 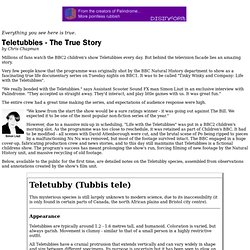 Appearance Teletubbies are typically around 1.2 - 1.6 metres tall, and humanoid. Coloration is varied, but always garish. Movement is clumsy - similar to that of a small person in a highly restrictive outfit. All Teletubbies have a cranial protrusion that extends vertically and can vary widely in shape and size between different specimens. Teletubbies can also be identified by the unending stream of nonsense emerging from their mouths. Social Structure Teletubbies typically live in groups of four in a communal dwelling. The preferred environment for a Teletubby dwelling is among many gentle, undulating and very strange looking hillocks. Teletubby residences are sparsely furnished, with one table and a number of small beds.