Katniss Flies on Final Poster for 'Hunger Games: Mockingjay – Part 2'… By Alex Billington September 30, 2015 Nothing can prepare you for the end. 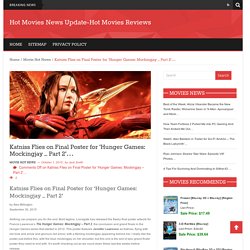 Bold tagline. Lionsgate has released the flashy final poster artwork for Francis Lawrence’s The Hunger Games: Mockingjay – Part 2, the conclusion and grand finale in the Hunger Games series that started in 2012. This poster features Jennifer Lawrence as Katniss, flying with her bow and arrow and glorious red armor, with a flaming mockingjay appearing behind her. I really like the poster just before this, with the blue mockingjay on her shoulder, but this one is the sort of epic grand finale poster they need to end with. Transfer an App to a New iPhone or iPad. With the recent removal of a popular game app from the App Store, many people are wondering how to transfer an app that is no longer available in the App Store from an old device to a new device. 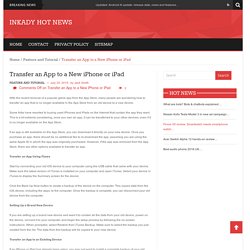 Once you purchase an app, there should be no additional fee to re-download the app, assuming you are using the same Apple ID in which the app was originally purchased. However, if the app was removed from the App Store, there are other options available to transfer an app. Transfer an App Using iTunes Start by connecting your old iOS device to your computer using the USB cable that came with your device. MaxiMatic EBK-200 Elite Cuisine 3-in-1 Multifunction Breakfast Deluxe Toaster Oven/Griddle/Coffee Maker, Blue. Start your morning right with the Americana by Elite 3-in-1 Mini Breakfast Shoppe. 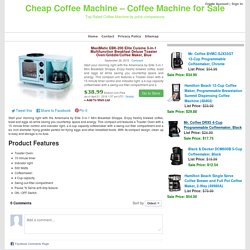 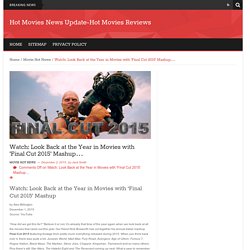 Believe it or not, it’s already that time of the year again when we look back at all the movies that came out this year. Our friend Nick Bosworth has cut together his annual trailer mashup Final Cut 2015 featuring footage from pretty much everything released during 2015. When you think back over it, there was quite a bit: Jurassic World, Mad Max: Fury Road, Avengers: Age of Ultron, Furious 7, Rogue Nation, Black Mass, The Martian, Steve Jobs, Chappie, Kingsman, Trainwreck and so many others. Plus there’s still Star Wars, The Hateful Eight and The Revenant coming up next. Apple Watch All In One Ultra Rugged Active Workout Case/Band, Poetic [Rugged BAND] Apple Watch 42mm Case+band Ultimate Shock Protection **NEW** [SPARTAN] [Jet Black] – Ultra Rugged Protection From Drops And Impact With a Chiseled Design And Wide Band for.

Description: The rugged band is designed specifically for ultra protection. 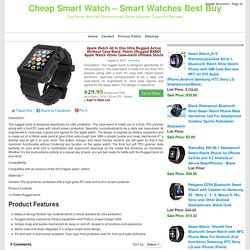 The case+band is made out of a thick TPU polymer along with a front PC case with inbuilt screen protection. Specially conceptualized to be a daily use case+band, its engineered to have easy ingress and egress for the apple watch. The design is inspired by Description: The rugged band is designed specifically for ultra protection. Compatibility: Apple Watch 2 rumours & wishlist… Home Retail Group grows profits 15% with mobile and online channels.

Home Retail Group deployed digital initiatives in online and mobile sales to grow its operating profit 15% over the past year. 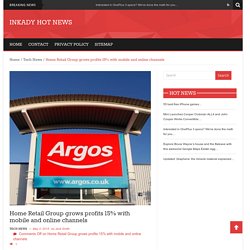 Home Retail Group – parent company of Argos and Homebase – reported a yearly operating profit of £129.2m for the 52 weeks ending 28 February 2015. Sales increased 1.1% to approximately £4bn. “I believe the strategic plans we are pursuing across the group will enable us to innovate and lead in a rapidly changing retail market.” said John Walden, chief executive of Home Retail Group. Redcat Racing Volcano-18 1/18th Scale Electric Monster Truck with Waterproof Electronics, Blue. Want to get started in hobby grade RC but short on space? 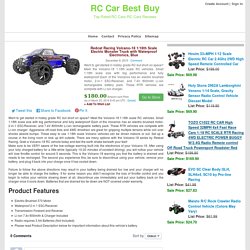 Meet the Volcano-18 1:18th scale RC vehicles. GoPro HERO4 SILVER Music Bundle. Koldfront 32 Bottle Free Standing Dual Zone Wine Cooler – Black and Stainless Steel. As a part of Koldfront’s 7 Series, this wine cooler is designed to be as stylish as it is efficient, boasting both an even cooling and sleek presentation of your wine. 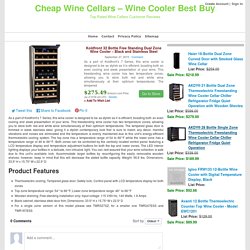 The tempered glass door is trimmed in sleek stainless steel, giving it a stylish contemporary look that is sure to match any décor. Product Features. Is the Apple iPad Right For You? With the recent introduction of the iPad, the world of portable computing has taken on a new direction. 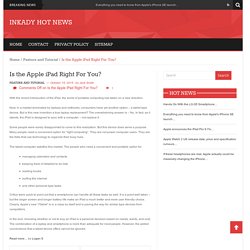 Now, in a market dominated by laptops and netbooks, consumers have yet another option – a tablet type device. But is this new invention a true laptop replacement? The overwhelming answer is – No. Wait! George Miller Wants to Make More 'Mad Max'; Has Two Stories… By Alex Billington January 14, 2016Source: The Wrap Phew! 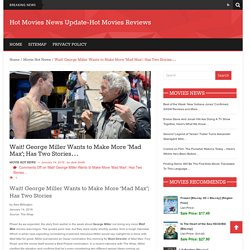 As we expected, the story from earlier in the week about George Miller not doing any more Mad Max movies was bogus. The quotes were real, but they were really shoddy quotes, from a rough interview. Which is what I was expecting considering it seemed ridiculous Miller would say outright he is done with Mad Max for good. Miller just earned an Oscar nomination this morning for Best Director of Mad Max: Fury Road, and the movie itself scored a Best Picture nomination. Dewalt DPG62-C Interceptor Protective Safety Earmuff.

Offers excellent noise reduction rating of 29 with maximum comfort. Lightweight design provides all day comfort. Compact folding feature allows for easy storage and keeps dust and debris out of the ear cups. Cushion padding on ear cups provides maximum protection from noise and maximum comfort. Apple iPad: Best Way To Connect With High Speed Internet. Apple is one of the most trusted brands which has gained huge popularity in less period of time. The company is an innovator of technologically advanced gadgets which caters to the different requirements of the customers. Apple iPad is the latest release of this brand. This tablet is a bundle of latest features. It is the new invention of technology which helps users to experience high speed internet on a small device.

It is best suitable for those people who needs to have internet connectivity on a tablet. iPad 2 Features Compared to First Generation iPad. Some of the most attractive features of the iPad 2 are that the speed is much improved and the device has a much thinner profile. The iPad 2 is now 15% lighter than the iPad and a third slimmer, it is also running on an A5 dual-core processor. Improved speed in terms of helping you with your work and the speed in loading pages or sending out mails are also major improvements for the user. As for the slimmer profile, whats not to like about a less bulky device? It is much easier to carry around, use and handle therefore you are able to work on the go, be it receiving emails from clients, or replying to messages from their love ones.

The front and back cameras on the iPad 2 are useful when it comes to the FaceTime app as well as other video conferencing applications. The device also has a battery lifespan of 10 hours in use and up to a month of standby time according to the reports. The First Order on New Banners for ‘Star Wars: The Force Awakens’… By Alex Billington September 4, 2015 It’s Star Wars mania! Today is “Force Friday” and Lucasfilm has announced/launched toys and goodies and tons of new items for the fans to go crazy over. Found amidst all the buzz and reveals are three new promo banners for Star Wars: The Force Awakens – full-size “quads” (like from the UK), rather than actual posters.

Which makes me believe these may just be promo banners or purchasable posters more than official art (plus, there has to be more coming from Drew Struzan). That said, it’s very cool to see more imagery. Samsung UN48J6200 48-Inch 1080p Smart LED TV (2015 Model) Hot Movies News Update-Hot Movies Reviews. When The Flash returns for Season 2 next week, we already know that things are going to get pretty insane, what with all the Earth 2 business and the big baddie Zoom aiming to terrorize everyone.

And it looks like another villain is making his way to Central City, as you can see in the image below, which features Jay Garrick talking to Eddie Slick, better known to comic fans as Firestorms foe Sand Demon. While one might think that this character would have been revealed ahead of time, the only reason we know about him is because The CW put out the image, which comes from Episode 2, called Flash of Two Worlds. It points out that Kingdom Hospitals Kett Turton will be playing Eddie Slick, and the actors IMDb page says that hes playing both Slick and the metahuman alter ego Sand Demon.

Theres not a lot to infer from the picture, but it seems like well be meeting Slick before he turns into the sand-morphing antagonist. TomTom Additional Windshield Mount Kit for One and XL GPS Navigators (pre 130 and 330 models) Bomb Threat That Closed Los Angeles Schools Could Be A Homeland-Inspired Hoax… The balance between art imitating life and life imitating art is not a precise one, and there are really no limits for how far it can all go. Take, for instance, the bomb threats sent to officials this morning in both New York City and Los Angeles. While the latter city chose to take the threat seriously and shut down all of its public schools, which disrupted the morning and afternoon of hundreds of thousands of children, New York chose not to go the impulsive route, and NYPD Commissioner Bill Bratton said he thinks the entire incident was a hoax put together by someone familiar with the show Homeland.

In reviewing it, the instigator of the threat may be a Homeland fan, basically watching Homeland episodes. The Knick Could Come Back, Despite Season 2 Shocker… There are some shows out there that seemingly lend themselves to long, drawn out storylines. Other shows push boundaries and tell stories that come to swift, unexpected, and abrupt ends. iCar release date rumours, evidence and images… Purely Inspired Green Coffee Bean Bonus Tablets, 100 Count… Liquid garcinia cambogia with green coffee bean extract – 32 oz – natu… Garcinia Cambogia & Green Coffee Bean is a combination of two most popular and powerful weight loss supplements available. This supplement is the perfect addition to healthier eating and exercise when trying to lose weight. The rind of Garcinia Cambogia contains Hydroxycitric Acid (HCA), recognized as the key to Garcinia Cambogia’s effect on fat metabolism.