10 Interesting Freshwater Biomes Facts. Freshwater biomes facts provide the information about one of the interesting biomes in the world. 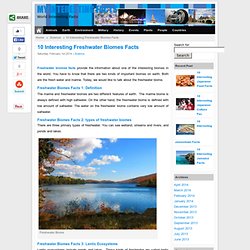 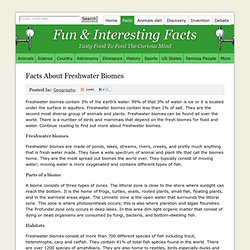