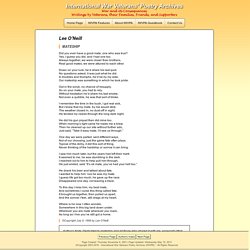 Yes, I guess you did, and I had one too. Always together, we were closer than brothers, Real good mates; we were attuned to each other. Down on your luck, he’d share his last quid. Lawson, Henry - Poet. Paterson, A. B., 'Banjo' - Poet. Interlude. A Mate Can Do No Wrong. - Henry Lawson - Poem. Friendship poems - Poems by theme and occasion.

Diggers Poems & Stories - History - Adventure Kokoda. Digger Poems Over the years I have spoken to many veteran groups about Kokoda. 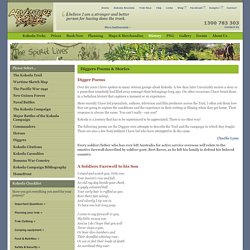 A few days later I invariably receive a story or a poem that somebody had filed away amongst their belongings long ago. Ultimate act of mateship: Digger Damien Thomlinson will walk the Kokoda Track in honour of the man who saved him. Loaded: 0% Progress: 0% 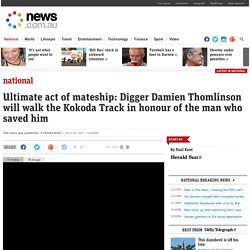 Japanese Friendship Garden. On Australian mateship. Today is the day known as Labour Day in Queensland and the Northern Territory. 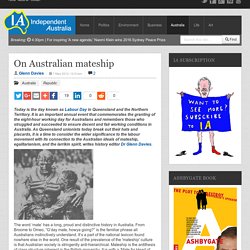 It is an important annual event that commemorates the granting of the eight-hour working day for Australians and remembers those who struggled and succeeded to ensure decent and fair working conditions in Australia. As Queensland unionists today break out their hats and placards, it is a time to consider the wider significance to the labour movement with its connection to the Australian ideals of mateship, egalitarianism, and the larrikin spirit, writes history editor Dr Glenn Davies. The word ‘mate’ has a long, proud and distinctive history in Australia. Australian Culture - Mateship and A Fair Go (article) by Thomas R Lovett on AuthorsDen. Australian Culture was formed in brutal punishment and hardship of convict life in the driest continent, under cruel and vindictive control of British redcoats and "flogging parson-magistrates" yet it became one of the fairest and most law abiding and most democratic nations on earth. 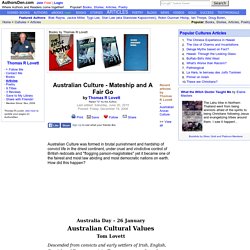 How did this happen? Day – Australian Cultural Values Tom Lovett. Story of bravery, courage and mateship hidden in Leo's watch. Patient Stories Archives - The Road Home. DefenceCare - Veteran Stories - Brad. My name's Brad Copelin, I was a soldier for 24 years, I served in Afghanistan and the Solomon Islands. 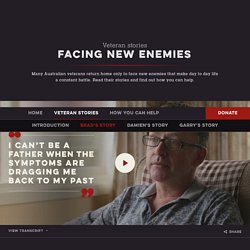 The nature of my work in Afghanistan - I had a specialist role there but I also spent a lot of time in the Forward Surgical Team area where the casualties were coming in. So here are kids, roughly the same age as what my kids are now, in a trauma ward, missing limbs. That incident itself that probably stayed with me the longest. I eventually got discharged in 2011 after the 24 years. Australian war veteran's story leads to documentary. Posted When restaurant owner Morris Blake first met Harold Martin more than 12 years ago, he would never have thought the two would end up being such good mates. 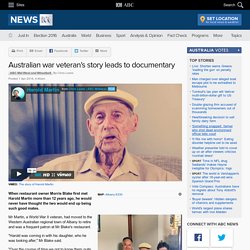 Mr Martin, a World War II veteran, had moved to the Western Australian regional town of Albany to retire and was a frequent patron at Mr Blake's restaurant. When were you in the war. Veteran Stories. Echoes of Conflict by Lachlan Wilson Read an overview of the Vietnam War from the AWM, here and more detail from the DVA here. 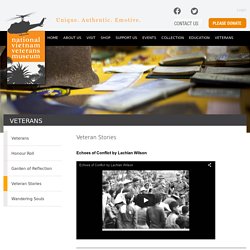 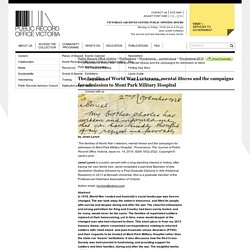 ISSN 1832-2522. Copyright © Janet Lynch Janet Lynch is a public servant with a long-standing interest in history, after tracing her own family tree. Janet completed a part-time Bachelor of Arts (Australian Studies) followed by a Post Graduate Diploma in Arts (Historical Research) in 2013 at Monash University. Author email: lynchjnt@yahoo.com AbstractIn 1918, World War I ended and Australia’s social landscape was forever changed. IntroductionWorld War I (also known as the Great War) ended with the Armistice in November 1918, after which time the Australian servicemen and women who survived the conflict returned to civilian life through demobilisation and repatriation. Portrait of Mont Park Hospital, CO and administration staff, circa 1919, Australian War Memorial, DAX2443.

World War 1 Centenary. Vietnam veteran memories reinforced by time, become more vivid. Updated Many Australians see Anzac Day as an annual reflection on the meaning of war, but for some returned servicemen, memories of war are with them every day. 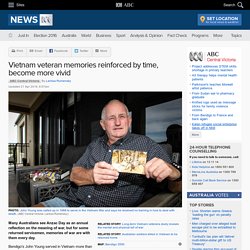 Bendigo's John Young served in Vietnam more than 40 years ago and his memories are still vivid. "Sometimes you push it aside, you push it away, and then there will be something that will remind you, some little thing pops up," Mr Young said. I didn't find out 'til the next morning that one of my best mates had actually died of wounds in the chopper going back. John Young, Vietnam veteran. Combat Trauma, Memory, and the World War II Veteran.