Dschini - Educational games and Entertainment! 30+ Books You Should Read Before Turning 30. + Core Japanese. Bustle. It’s summer, school’s out forever, and you never want to touch another college reading list again. 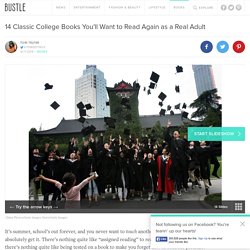 I get it. I absolutely get it. 50 most inspiring quotes about books and reading. The quotes about books you’ll see below are not the most famous ones. All of them, however, are highly motivating to rediscover the pleasure of reading. You may ask, what book quotes have to do with the ebook site. Ebook sites are still mostly focused on the issues related to technology rather than pleasures of reading. We believe that a reader has to learn only as much technology as it’s needed to fully enjoy the magic of reading. 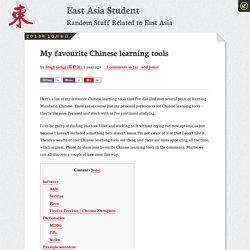 These are of course just my personal preferences for Chinese learning tools – they’re the ones I’ve used and stuck with as I’ve continued studying. I can be guilty of finding one tool I like and sticking to it without trying out new options, so just because I haven’t included something here doesn’t mean I’m not aware of it or that I don’t like it.

There’s a wealth of cool Chinese learning tools out there, and there are more appearing all the time, which is great. Please do share your favourite Chinese learning tools in the comments. Maybe we can all discover a couple of new ones this way. Software. HSK level 2. Le Petit Prince par Joann Sfar & François Morel part 1/3. WorldandI.com - Your Window to Our Changing World. 汉字读音笔顺. Test Yourself On French Cinema Vocabulary from Chapter 10 of Reseau Flashcards. SEOUL Magazine. Ask a Korean! Korean Hangul in 20 minutes. If you have never tried to learn another script, anything that you see in a different script looks mysterious, strange and difficult to understand. 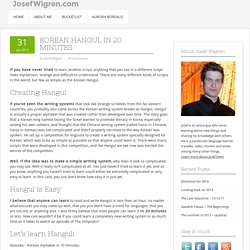 There are many different kinds of scripts in the world, but few as simple as the Korean Hangul. Creating Hangul If you’ve seen the writing systems that look like strange scribbles from the far eastern countries, you probably also come across the Korean writing system known as Hangul. Hangul is actually a proper alphabet that was created rather than developed over time. The story goes that a Korean king named Sejong the Great wanted to promote literacy in Korea, especially among his own soldiers, and thought that the Chinese writing system (called hanzi in Chinese, hanja in Korean) was too complicated and didn’t properly correlate to the way Korean was spoken. Basic Letters and Korean Word Structure. Click here for a workbook to go along with this lesson. 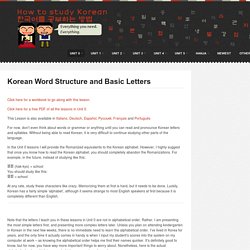 Click here for a free PDF of all the lessons in Unit 0. This Lesson is also available in Italiano, Deutsch, Español, Русский, Français and Português. Natal Chart Report. What follows is your personal natal chart information, as well as interpretations of the positions and aspects in your chart. 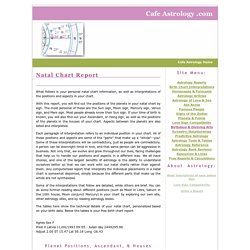 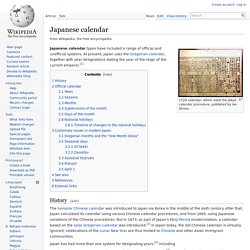 Japanese calendar types have included a range of official and unofficial systems. At present, Japan uses the Gregorian calendar, together with year designations stating the year of the reign of the current emperor.[1] History[edit] The lunisolar Chinese calendar was introduced to Japan via Korea in the middle of the sixth century. After that, Japan calculated its calendar using various Chinese calendar procedures, and from 1685, using Japanese variations of the Chinese procedures. Japan has had more than one system for designating years.[3] including The Chinese sexagenary cycle was early introduced into Japan.[4] It was often used together with era names, as in the 1729 Ise calendar shown above, which is for "the 14th year of Kyōhō, tsuchi-no-to no tori", i.e., 己酉.

Official calendar[edit] Years[edit] The traditional dating system known as nengō has been in use since the late 7th century. Seasons[edit] Cherry Blossoms (Sakura) Account - Login - Lumosity. South Korea. Welcome to our guide to South Korea. 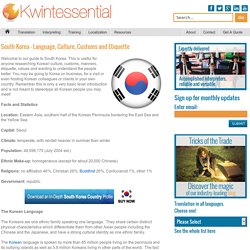 This is useful for anyone researching Korean culture, customs, manners, etiquette, values and wanting to understand the people better. You may be going to Korea on business, for a visit or even hosting Korean colleagues or clients in your own country. Remember this is only a very basic level introduction and is not meant to stereotype all Korean people you may meet! Facts and Statistics Location: Eastern Asia, southern half of the Korean Peninsula bordering the East Sea and the Yellow Sea Capital: Seoul Climate: temperate, with rainfall heavier in summer than winter Population: 48,598,175 (July 2004 est.) Ethnic Make-up: homogeneous (except for about 20,000 Chinese) Religions: no affiliation 46%, Christian 26%, Buddhist 26%, Confucianist 1%, other 1% Government: republic The Korean Language The Koreans are one ethnic family speaking one language.