'I'm myself now': What it's like to come out as gay later in life. Read Story Transcript Ken Rusk was heartened when he learned that Ottawa Mayor Jim Watson came out as gay at the age of 58. 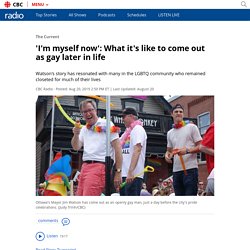 It's a story Rusk can relate to: he came out at 72. "The feeling of release ⁠— the burden on your shoulders ⁠— is really gone at that point," he told The Current's guest host Matt Galloway. Scientists find huge meteor crater under Greenland's ice. Advocates fear meat from latest infected deer herd has entered Canada's food supply. A third case of chronic wasting disease (CWD) in 2019 has been confirmed at a Canadian deer farm, and advocates fear servings of infected meat may have once again entered the country's food supply. 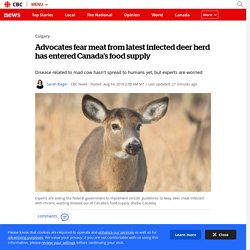 All the cases of CWD, a fatal nervous system disease related to mad cow disease that infects deer, elk, moose and caribou, have been located in Alberta. The latest case was confirmed on July 26 at a white-tailed deer farm, according to the Canadian Food Inspection Agency. Last year, thousands of deer from an infected farm in Quebec were released for human consumption. Even a single transfer to a person — proving that humans are susceptible — would bring catastrophic consequences. ​— Letter on behalf of CWD researchers CBC News asked the CFIA for details about the latest infected case and whether meat from that herd has been allowed to enter the country's food supply. The CFIA's website recommends meat from an infected animal not be consumed. Mad cow initially not linked to humans. The Memory Mirage: Total recall: some people can remember every day like it was yesterday.

In the Nature of Things documentary The Memory Mirage, we learn that even our most precious memories may not be as accurate as we thought. 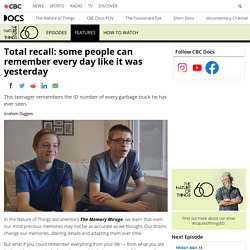 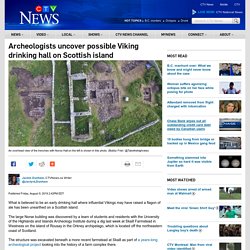 The large Norse building was discovered by a team of students and residents with the University of the Highlands and Islands Archeology Institute during a dig last week at Skaill Farmstead in Westness on the island of Rousay in the Orkney archipelago, which is located off the northeastern coast of Scotland. The structure was excavated beneath a more recent farmstead at Skaill as part of a years-long archeological project looking into the history of a farm complex there. Growing number of newcomers, refugees ending up homeless in Canada, studies say.

An increasing number of newcomers to Canada are ending up in shelters or are finding themselves homeless, newly released government figures show. 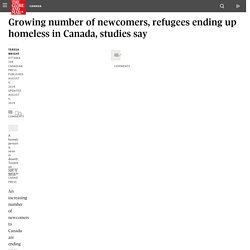 Two new reports released this week by Employment and Social Development Canada offer a glimpse into the extent of the homelessness problem across the country and reveal the populations that are most vulnerable. The national shelter study, which looked at federal data on shelter users between 2005 and 2016, found an “observable increase” in refugees using shelters. Story continues below advertisement. Police force man who threw fridge off a cliff to haul it back up ravine. 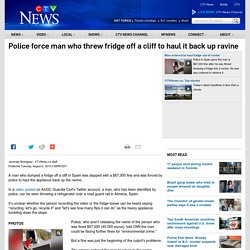 Lunar crash may have seeded indestructible ‘water bears’ on the moon. A tiny species of nearly indestructible creatures may have just taken over the moon before humans — although we have no one but ourselves to blame. 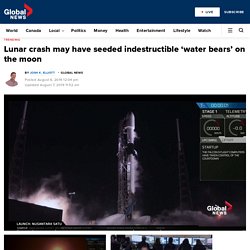 Thousands of microscopic tardigrades likely survived a lunar lander crash into the moon last April, according to the founder of an Earth archive project. The Israeli-run lunar lander, dubbed Beresheet, was supposed to be the first privately funded spacecraft to touch down on the moon. Its payload included a DVD-sized library created by the Arch Mission Foundation, which contained vast troves of information and thousands of dehydrated tardigrades. The spacecraft slammed into the lunar surface on April 11 after operators lost control of it during the final landing sequence. Story continues below advertisement. Cancer doctors are calling for a permanent fix to drug shortages in Canada.

Cancer specialists are concerned national shortages of three vital cancer drugs could lead to a time when they could run out of treatment options for patients in Canada. 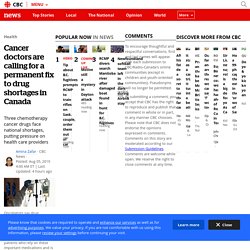 The three drugs are all injected into patients' veins. The federal government's drug shortage reporting website lists all three as experiencing national shortages, meaning the scarcity problem could affect patients throughout the country. At hospitals in Ontario, Quebec, Nova Scotia and New Brunswick, oncologists, pharmacists and nurses have all scrambled to find alternatives, make substitutions and share precious vials. Rex Murphy: There’s no hypocrite like a rich, jet-setting anti-global-warming one. Today’s text is from the Gospel of Matthew, KJV: Woe unto you, scribes and Pharisees, hypocrites! 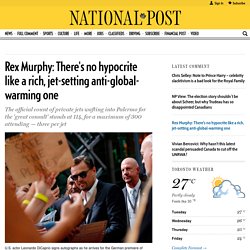 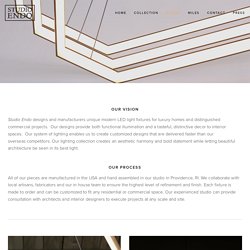 Our designs provide both functional illumination and a tasteful, distinctive decor to interior spaces. Our system of lighting enables us to create customized designs that are delivered faster than our overseas competitors. Our lighting collection creates an aesthetic harmony and bold statement while letting beautiful architecture be seen in its best light. All of our pieces are manufactured in the USA and hand assembled in our studio in Providence, RI. We collaborate with local artisans, fabricators and our in house team to ensure the highest level of refinement and finish.