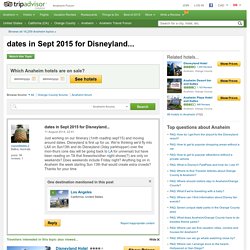 Re: dates in Sept 2015 for Disneyland... In that $100 price range for standard Motels, you might also find the Alpine Inn which is about a 13 min walk with Art shuttle service, or the Anaheim Islander Inn... about a 14 min walk with Art Shuttle service for a small fee per person. Both of these may have a larger suite close to $100 a nite and regular rooms likely at that price or below. A very basic no frills at all really, but clean is also the Anaheim Plaza Inn..it should be within that price range, and its about a 9 min walk.

Davelandblog: Stop The Presses: Vintage Disneyland For Sale! Interupting my regularly scheduled post, I wanted to post photos and details about an amazing Profiles in History auction that starts today at 11 am PST (as in Pacific Standard Time). 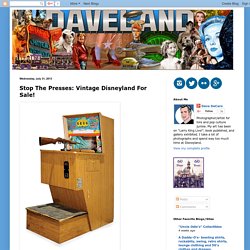 If you're a vintage Disneyland enthusiast AND you're flush with money, then this is the auction for you! Let's get the gavel going with the first item (btw: what I have here does not begin to showcase all the items for sale): Animator Floyd Norman. Tavis: Floyd Norman made history when he was hired by Walt Disney back in 1956 to work in that studio’s famed animation department. 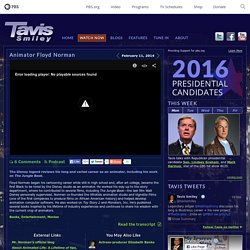 He became the studio’s first African American animator, going on to contribute to such outstanding movies as “The Jungle Book,” which is just out in a new diamond edition Blu-ray release, as well as “Sleeping Beauty” and “101 Dalmatians.” Norman continues to provide storyboards and advice to the current crop of animators. 10 Tips How You Can Score High on Buzz Lightyear Astro Blasters. Have you ever ridden the Buzz Lightyear shooting rides at any of the Disney theme parks? 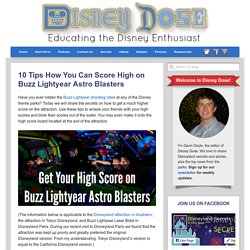 Today we will share the secrets on how to get a much higher score on the attraction. Use these tips to amaze your friends with your high scores and blow their scores out of the water. You may even make it onto the high score board located at the exit of the attraction. 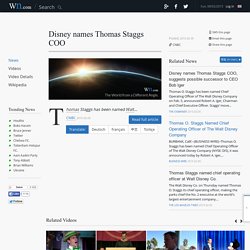 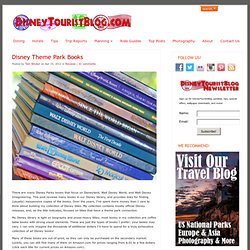 This post reviews many books in our Disney library, and provides links for finding (usually) inexpensive copies of the books. Over the years, I’ve spent more money than I care to think about building my collection of Disney titles.

Disney Drop zone dec. Pin Disney '14 A+ Disney blog links. Disneyana Update #074 - $8.00 : Zen Cart!, The Art of E-commerce. Disney film analysis: Snow White and the Seven Dwarfs. Disney film analysis Tala El Hallak American University of Beirut. The Walt Disney Family Museum. In light of the recent rumors that have been spreading about Walt Disney, The Walt Disney Family Museum would be more than happy to debunk misconceptions that have been told as bold, un-sourced statements and wildly false accusations, as part of our mission to enlighten and educate. 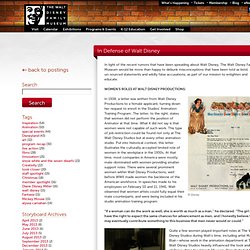 In 1938, a letter was written from Walt Disney Productions to a female applicant, turning down her request to enroll in the Studios' Animation Training Program. The letter, to the right, states that women did not perform the position of Animator at that time. What it did not say is that women were not capable of such work. This type of job restriction could be found not only at The Walt Disney Studios but at every other animation studio. Tom Hanks: 'Saving Mr. Banks' Behind-the-Scenes Photos. Walt Disney's Grandniece Agrees With Meryl Streep Racist Comment. Getty Images Walt Disney Abigail Disney, the filmmaker/social activist grandniece of Walt Disney, has weighed in on Meryl Streep's scathing criticism of the animation legend, revealing that she has "mixed feelings" but ultimately "loved" the actress' remarks. 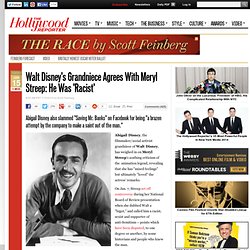 On Jan. 7, Streep set off controversy during her National Board of Review presentation when she dubbed Walt a "bigot," and called him a racist, sexist and supporter of anti-Semitism -- points which have been disputed , to one degree or another, by some historians and people who knew the man. On Friday, Abigail posted two Facebook statuses that left no doubt about her own views regarding her great-uncle, Streep and Walt Disney Pictures, the distributor of Saving Mr.

Banks, in which Tom Hanks plays Walt Disney. Muppets Most Wanted. Polymer Clay Olaf. This photo originally appeared in FamilyFun Magazine One of the most hilarious and endearing characters in Disney's animated feature, Frozen, is a little snowman named Olaf. 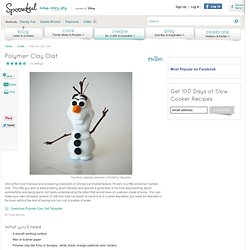 This little guy who is always falling apart (literally) and spends a good deal of his time daydreaming about summertime and being warm, not really understanding the effect that would have on a person made of snow. You can make your own miniature version of Olaf and help his dream to come true in a small way when you bake his likeness in the oven without the fear of having him turn into a puddle of water. Download Polymer Clay Olaf Template by Craig Mackay. News and views on Disneyland, Walt Disney World & other theme parks worldwide. 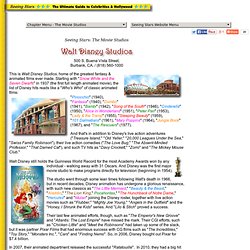 Buena Vista Street, Burbank, CA. / (818) 560-1000 This is Walt Disney Studios, home of the greatest fantasy & animated films ever made. Show Your Disney Side. Disney Dream Portraits by Annie Leibovitz: Behind The Scenes With Olivia Wilde as the Evil Queen. Most interesting photos from Disney's New Orleans Square pool. Davelandblog. A Repository for Themed Entertainment Artifacts & Ephemera. Motor Boat Cruise at Yesterland. Mary Blair Tile Murals at Yesterland. Will we ever see the Mary Blair Tomorrowland murals again? Were the murals destroyed? Or are they still intact under the current murals?

In The Art and Flair of Mary Blair, John Canemaker wrote: Disneyland History & Other Disney Park History. MiceChat. Passholderopen.gif (GIF Image, 432 × 576 pixels) What To Pack For Disney. EmailShare 3425EmailShare When we pack for Walt Disney World or Disneyland, we make a check-list of what we need to bring for the trip. We’re sure most of you also have similar lists, and probably don’t need a reminder to bring toothpaste and deodorant. Instead, here’s our list of less obvious items that we bring with us to Disney, which you may want to consider adding to your own checklists! Disney: Say No to the Merida Makeover, Keep Our Hero Brave! Merida was the princess that countless girls and their parents were waiting for -- a strong, confident, self-rescuing princess ready to set off on her next adventure with her bow at the ready.

She was a princess who looked like a real girl, complete with the ‘imperfections’ that all people have. The redesign of Merida in advance of her official induction to the Disney Princess collection does a... Imagineering Disney -behind the scenes at WDW. Let's take a behind-the-scenes look at the kind of work that goes on in backstage maintenance shops at Walt Disney World. Friend of the blog, Nomeus, share these wonderful photos from 2005 from one of his family members.

There are many buildings, trailers, and underground areas at Walt Disney World dedicated to the creation and maintenance of props, figures, signs, ride vehicles, and other pieces for the parks. If you ever have a chance to tour any of them with permission, I highly suggest you do. Some of my most fond memories are from working in some of these places and visiting others.