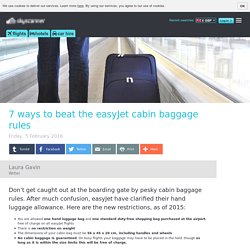 After much confusion, easyJet have clarified their hand luggage allowance. Here are the new restrictions, as of 2015: You are allowed one hand luggage bag and one standard duty-free shopping bag purchased at the airport, free of charge on all easyJet flightsThere is no restriction on weightThe dimensions of your cabin bag must be 56 x 45 x 20 cm, including handles and wheelsNo cabin baggage is guaranteed.

On busy flights your baggage may have to be placed in the hold, though as long as it is within the size limits this will be free of charge. Are you allowed to bring on board any additional items? Yes: an umbrella, coat, walking stick or pair of crutches How do you deal with the cabin baggage rules? We've got seven suggestions for beating the baggage charge... 1. Where can I buy a hand luggage bag? Most luggage stores sell bags specifically designed with airline measurements in mind. 2.

Skyscanner reveals the perfect seat - 6A. Booking your seat in advance? 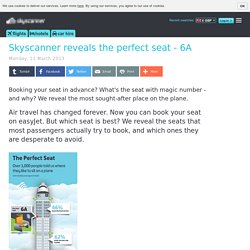 What's the seat with magic number - and why? We reveal the most sought-after place on the plane. OUR POLL OF OVER 1000 REGULAR AIR TRAVEL PASSENGERS questioned respondents on their seat preferences (aside from extra legroom seats) including which section and whether they chose window, middle or aisle seats. The poll also delved deeper to find out if choices were influenced by lucky numbers as well as odd or even row numbers. Combining these responses, we can reveal that the most sought after seat on a standard aircraft is seat 6A. This survey supports previous studies which have found that the front six rows of the plane are the most popular, taking 45% of the votes, a fact easyJet are obviously aware of as booking seats in this section of the aircraft is actually £8 instead of the standard £3 charged to pre-book seats in any other section.

The 'worst' seat? View the image full size or watch the video below! Guide to the best airlines for legroom. Not all airlines offer a meagre 31”. 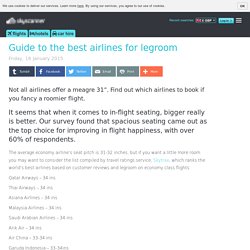 Find out which airlines to book if you fancy a roomier flight. The average economy airline’s seat pitch is 31-32 inches, but if you want a little more room you may want to consider the list compiled by travel ratings service, Skytrax, which ranks the world’s best airlines based on customer reviews and legroom on economy class flights: Qatar Airways – 34 ins.

Preparing Your Home For Travel  “Home” is so important to me and my family, but if you visit Home Savvy regularly, you will quickly learn that we love to travel. 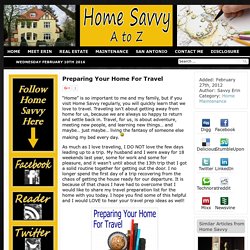 Traveling isn’t about getting away from home for us, because we are always so happy to return and settle back in. Travel, for us, is about adventure, meeting new people, and learning new things… and maybe… just maybe… living the fantasy of someone else making my bed every day. As much as I love traveling, I DO NOT love the few days leading up to a trip. My husband and I were away for 18 weekends last year, some for work and some for pleasure, and it wasn’t until about the 13th trip that I got a solid routine together for getting out the door. I no longer spend the first day of a trip recovering from the chaos of getting the house ready for our departure. Armed Man Arrested at Disneyland Paris. PARIS — A 28-year-old man carrying two guns, ammunition and a Quran was arrested at a hotel in Disneyland Paris on Thursday afternoon, according to a Disney executive, raising a new round of fear two months after 130 people were killed in a coordinated series of terrorist attacks on the French capital. 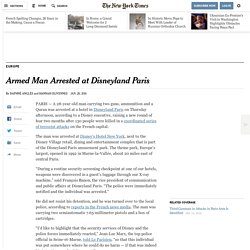 The man was arrested at Disney’s Hotel New York, next to the Disney Village retail, dining and entertainment complex that is part of the Disneyland Paris amusement park. The theme park, Europe’s largest, opened in 1992 in Marne-la-Vallée, about 20 miles east of central Paris. “During a routine security screening checkpoint at one of our hotels, weapons were discovered in a guest’s luggage through our X-ray machine,” said François Banon, the vice president of communication and public affairs at Disneyland Paris. “The police were immediately notified and the individual was arrested.” has been in a state of emergency since the Nov. 13 attacks by the Islamic State in and around Paris.

The 50 Most Instagrammed Places in the U.S. - Travelzoo. It’s the age-old (or rather half-decade-old) question: Did it really happen if it’s not posted on Instagram? 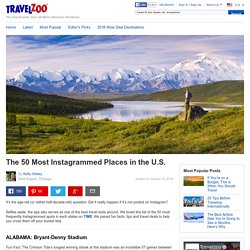 Selfies aside, the app also serves as one of the best travel tools around. We loved this list of the 50 most frequently Instagrammed spots in each states on TIME. We paired fun facts, tips and travel deals to help you cross them off your bucket lists.

Association of Canadian Travel Agencies - Travel Fraud Prevention. Flynn- jamaica. My Bucket List. By Cacinda Maloney My Bucket List I have heard a bit of controversy about whether or not a bucket list is something that travelers should make. 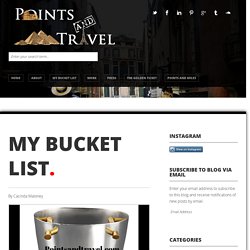 Many don’t like it because it implies ticking things off just for the sake of a tick. Others because the term implies death (“to kick the bucket”). Shangri-La's Rasa Sayang Resort & Spa, Batu Ferringhi, Penang, Malaysia [REVIEW:PHOTOS] Re-opening soon. 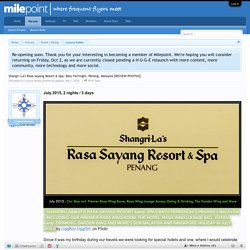 By Cacinda Maloney When I stepped on the grounds of the Shangra La’s Rasa Sayang Resort and Spa on the island of Penang, Malaysia, I felt like I had walked into the nostalgic good times of the 1920. 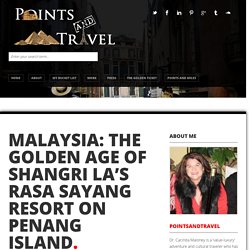 Old-style romantic and unassuming, this resort is like stepping back in the time of the 1920’s world of bourgeoisie and old money. Shangri-La's Rasa Sayang Resort & Spa Penang. Do You Need A Travel Agent License? Editor’s Note: This post was originally published December 10, 2012 and has been completely updated and revamped to make sure we’re giving you the right info. 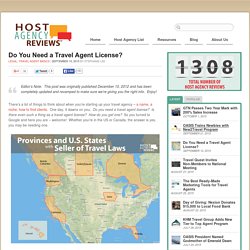 Enjoy! There’s a lot of things to think about when you’re starting up your travel agency – a name, a niche, how to find clients. Entering Canada. WestJet Magazine. Expedited Visa and Passport services for Russia, China and the world. Entering Canada. Travel Checklist.