Facebook. Of Hefeweizen, Quilts And Weapons: Barbara Gerovac of Anaheim Brewery. All About Cherry Capri - Places to Go. Throughout the year, there are those one-of-a-kind special events that you should really put on your calendar. 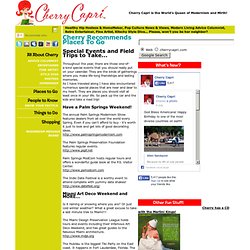 They are the kinds of gatherings where you make life-long friendships and lasting memories. As I have traveled along I have also encountered numerous special places that are near and dear to my heart. They are places you should visit at least once in your life. SOUTHERN CALIFORNIA RAILWAY PLAZA ASSOCIATION - RAILROAD DAYS. O.C. History Roundup. O.C. History Roundup. KNOTT’S PRESERVED. In-N-out Burger exclusive interview by Huell Howser. Roadside America - Guide to Uniquely Odd Tourist Attractions. 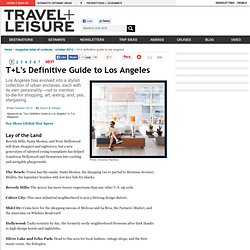 The Beach: Venice has the canals. Santa Monica, the shopping (we’re partial to Montana Avenue). Malibu, the legendary beaches with low-key fish-fry shacks. Beverly Hills: The 90210 has more luxury emporiums than any other U.S. zip code. Culver City: This once industrial neighborhood is now a thriving design district. Mid-City: Come here for the shopping meccas of Melrose and La Brea, the Farmers’ Market, and the museums on Wilshire Boulevard. Hollywood: Tacky-touristy by day, the formerly seedy neighborhood blossoms after dark thanks to high-design hotels and nightclubs. 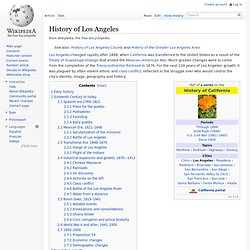 Much greater changes were to come from the completion of the Transcontinental Railroad in 1876. For the next 120 years of Los Angeles' growth, it was plagued by often violent ethnic and class conflict, reflected in the struggle over who would control the city's identity, image, geography and history. Early history[edit] Recent archeological studies show there was a seafaring culture in Southern California in 8000 B.C. [citation needed] By 3000 B.C. the area was occupied by the Hokan-speaking people of the Milling Stone Period who fished, hunted sea mammals, and gathered wild seeds. By the time of the arrival of the Spanish in the 18th century A.D., there were 250,000 to 300,000 native people in California and 5,000 in the Los Angeles basin. 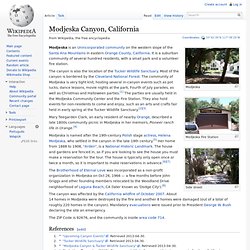 It is a suburban community of several hundred residents, with a small park and a volunteer fire station. Los Angeles Tourism and Travel: 731 Things to Do in Los Angeles, CA. Modern myth has it that these days everyone in Los Angeles has written a screenplay, is writing a screenplay or is just visiting. 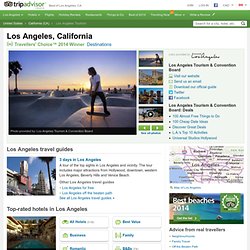 For those in the latter category we offer a road map of ideas to help make a trip to this ultra-hip, ultra-happening haven easy, fun and exciting. While LA will always be associated with movies and movie stars, it is also a culturally vibrant city that boasts a range of interesting attractions from prestigious art museums and galleries to fabulous theatre, both well-known productions and smaller fringe shows. Art enthusiasts will be stunned by the extensive collections at the J. Paul Getty Center and the Los Angeles County Museum of Art. Visit the La Brea Tar Pits on Museum Row, then investigate the trendy shops on Melrose Avenue. Learn about the neighborhoods in Los Angeles. Long-Forgotten. . 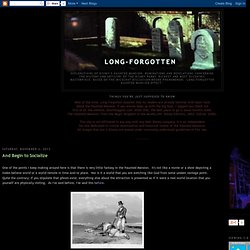 One of the points I keep making around here is that there is very little fantasy in the Haunted Mansion. It's not like a movie or a show depicting a make-believe world or a world remote in time and/or place. Nor is it a world that you are watching like God from some unseen vantage point. Quite the contrary; if you stipulate that ghosts exist, everything else about the attraction is presented as if it were a real-world location that you yourself are physically visiting. As I've said before, I've said this before. Grauman's Chinese Theatre. Seeing Stars: Hollywood Movie Palaces.. 6925 Hollywood Boulevard, Hollywood, CA. / (323) 464-8111 or (323) 461-3331. 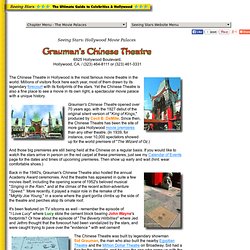