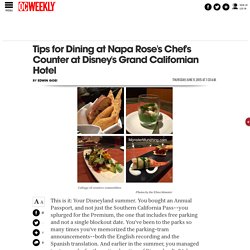 This is it: Your Disneyland summer. You bought an Annual Passport, and not just the Southern California Pass--you splurged for the Premium, the one that includes free parking and not a single blockout date. You've been to the parks so many times you've memorized the parking-tram announcements--both the English recording and the Spanish translation. And earlier in the summer, you managed to stay awake for the entire duration of Disneyland's 24-hour event and have the stinky pile of sweat-stained clothes to prove it. Napa Rose Chef's Counter Review. Napa Rose in the Grand Californian Hotel is the best restaurant at Disneyland Resort. 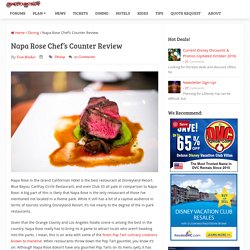 Blue Bayou, Carthay Circle Restaurant, and even Club 33 all pale in comparison to Napa Rose. A big part of this is likely that Napa Rose is the only restaurant of those I’ve mentioned not located in a theme park. While it still has a bit of a captive audience in terms of tourists visiting Disneyland Resort, it’s not nearly to the degree of the in-park restaurants. Given that the Orange County and Los Angeles foodie scene is among the best in the country, Napa Rose really has to bring its A game to attract locals who aren’t heading into the parks. I mean, this is an area with some of the finest Pop Tart culinary creations known to mankind.

In so doing, Napa Rose has demonstrated that it can run with the big dogs, winning a variety of awards since first opening, and being recognized as one of the top restaurants in Orange County by the likes of Zagat and other restaurant critics. Top 5 Disneyland Quick Service Restaurants. Disneyland Crowd Forecast Calendar – Is It Packed? – Real-Time Crowd Tracking – IsItPacked.com. Orange County Public Schools. 10 Things You Didn't Know About Disneyland. Carthay Circle Restaurant Tour. 40 Disneyland Products That Will Help You Celebrate the 60th Anniversary in Style. Wardrobe Basics Checklist. Vegetarian and Vegan Food Options at Disneyland Resort: Fact Sheet. ANAHEIM, Calif. – At the Disneyland Resort, vegetarian and vegan guests can munch on much more than leafy greens. 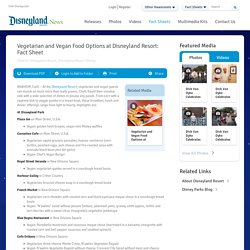 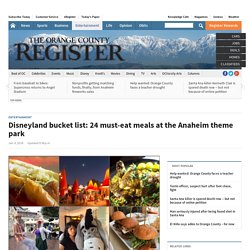 JOHNSON and NANCY LUNA / STAFF WRITERS After trying all the restaurants and the Disney parks, here are our favorites, broken down by category: Clifton's - Photos de Clifton's. Yelp. Free Birthday Meals and Birthday Freebies Anaheim CA. Here is our list of free birthday meals in the Anaheim area. 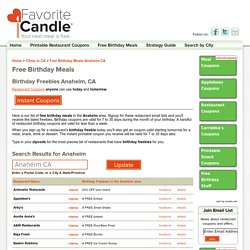 Signup for these restaurant email lists and you'll receive the listed freebies. Birthday coupons are valid for 7 to 30 days during the month of your birthday. Disney World binder builder – 100+ free downloads. (Updated: June 29, 2015) No destination is quite as difficult or fun to plan as Disney World. 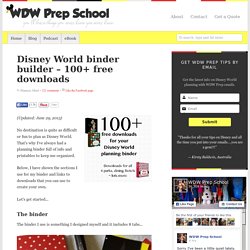 Disneyland Crowd Forecast Calendar. Wednesdays With Walt. Take a nostalgic trip back to the past, with Walt Disney as your guide! 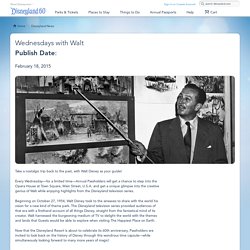 Every Wednesday—for a limited time—Annual Passholders will get a chance to step into the Opera House at Town Square, Main Street, U.S.A. and get a unique glimpse into the creative genius of Walt while enjoying highlights from the Disneyland television series. Beginning on October 27, 1954, Walt Disney took to the airwaves to share with the world his vision for a new kind of theme park. The Disneyland television series provided audiences of that era with a firsthand account of all things Disney, straight from the fantastical mind of its creator. Walt harnessed the burgeoning medium of TV to delight the world with the themes and lands that Guests would be able to explore when visiting The Happiest Place on Earth.