Winter Lights « CityCyclingEdinburgh Forum. There is a new version of the Brompton SON XS hub on the way soon. 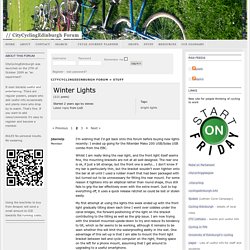 As well as being available in black it uses straight pull spokes. I've never had a spoke break on mine but straight pull should make it less likely for those who suffer from problems in that area. You can also get it in other colours or order combinations but obviously I'll be getting all black. I've got a spare Schmidt Edelux lamp in the garage on a broken Brompton T3 so I've got an official okey dokey to get a new SON XS for the Brompton S6L in the spring, once I've paid off the M6R I got in July. Yes, Roibeard, I also augmented the cycle to work scheme so I could get built in lighting on it. 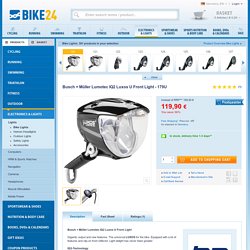 The universal LUXOS for the bike. Equipped with a lot of features and clip-on front reflector. Light delight has never been greater. IQ2-Technology With the new light and reflector design Busch & Müller sets the bar for Dynamo LED headlight higher than ever: 90 lux, light field twice as wide as before, by a multiple of large, homogeneous maximum. Panorama-Nightlight The light field, excellent and wide like never before: immediately before the bike, and even next to the bike over to the side of the road beyond. Busch & Müller LUMOTEC IQ2 LUXOS. Floodlight The full power of all light sources. 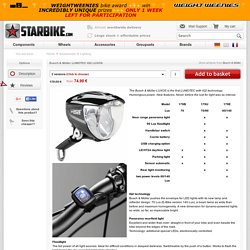 Ideal for difficult conditions in deepest darkness. Switcheable by the push of a button. Works to flash the light during the day or as full light while standing. USB charging option (179U/179E) An USB receptacle is integrated into the handlebar switch. Charges mobile devices via USB (mobile phone, GPS receiver, MP3 players) with USB power. Handlebar switch (179U/179E) Now you can control your light directly. Integrated Lithium cache battery (179U/179E) This additional power storage is used for power peaks and for the charging current. Luxos IQ2 U dynamo headlight review - Darkerside.org. Busch + Müller Lumotec IQ2 LUXOS U LED headlight.

The first LUMOTEC with IQ2 technology. 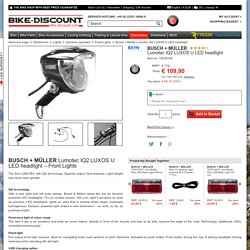 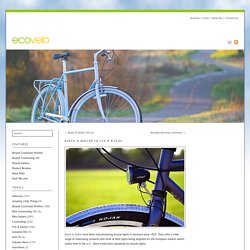 They offer a wide range of interesting products with most of their lights being targeted for the European market where, unlike here in the U.S., there exists strict standards for bicycle lights. One of the unique aspects of most “Euro-style” headlights is that they have controlled beams that place the light where it’s needed on the road, similar to well-designed automotive low beams. In contrast, a majority of the lights manufactured for the U.S. market have less-efficient round beams like flashlights.

Lights with round beams work reasonably well, but for the same output, a light with a well-controlled beam will provide superior performance on the road. When a bicycle is used for transportation on a daily basis, the advantages of dynamo-powered lighting become apparent. The IQ Cyo is the latest in a long series of dynamo-powered headlights from B&M. B&M’s nomenclature can be more than a little confusing. Headlight beams from Peter White Cycles. Headlight Beams This page is a work in progress. 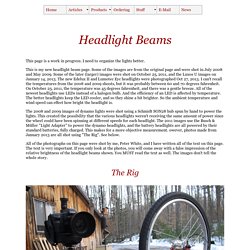 I need to organize the lights better. This is my new headlight beam page. Some of the images are from the original page and were shot in July 2008 and May 2009. Some of the later (larger) images were shot on October 25, 2011, and the Luxos U images on January 14, 2013. The 2008 and 2009 images of dynamo lights were shot using a Schmidt SON28 hub spun by hand to power the lights. All of the photographs on this page were shot by me, Peter White, and I have written all of the text on this page.