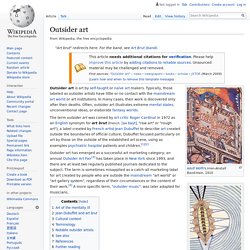 Typically, those labeled as outsider artists have little or no contact with the mainstream art world or art institutions. In many cases, their work is discovered only after their deaths. Often, outsider art illustrates extreme mental states, unconventional ideas, or elaborate fantasy worlds. PostSecret. 3D Paintings on Panes of Glass by David Spriggs and Xia Xiaowan. Using multiple layers of clear glass, Canada based David Spriggs and Chinese born Xia Xiaowan, transform flat artwork into 3D sculptures. 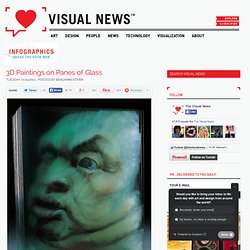 Viewers are treated to different shifting perspectives of the works based on where they stand in the art space. Artist's insane swarm of animal cutouts spring from 1,200 recycled books. The increasing popularity of e-readers have prompted observers to sound the death knell for paper books; yet, many of us still find an irreplaceable je ne sais quoi in our trusty tomes. 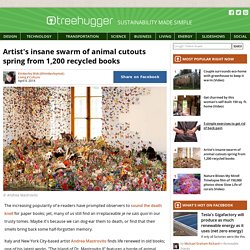 Maybe it's because we can dog-ear them to death, or find that their smells bring back some half-forgotten memory. Italy and New York City-based artist Andrea Mastrovito finds life renewed in old books; one of his latest works, "The Island of Dr. Mastrovito II" features a horde of animal cutouts taken from recycled textbooks -- butterflies, bears, cats and endless flowers. © Andrea Mastrovito © Andrea Mastrovito. New Scenes of Fantasy and Disaster on Traditional Blue Porcelain Dinner Plates by Calamityware. Look once you see your grandmother’s china, look twice and you see… Big Foot? 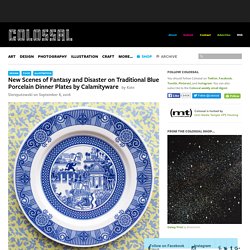 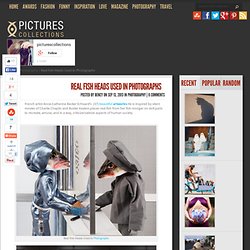 Real Fish Heads Used In Photographs Sources. Beautiful/Decay Cult of the Creative Arts. Kid’s Drawing Reenacted. Apply imagination by Christoph Niemann. Confessions. 2012 Las Vegas, NV Interactive gallery installation in The Cosmopolitan that invites people to anonymously share their confessions and see the confessions of the people around them in the heart of the Las Vegas strip. 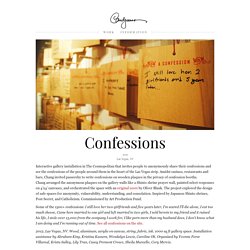 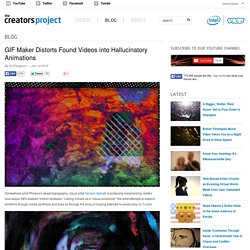 " Calling himself as a "visual solutionist," the artist attempts to explore emotions through media synthesis and does so through the array of looping artworks he posts daily on Tumblr. Incredibly Intricate Glass Marble. 18th century armor of an Officer of the Imperial Palace Guard. Joana Vasconcelos. Los geniales monstruos del ilustrador Juan Carlos Paz, BAKEA. 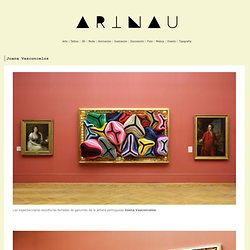 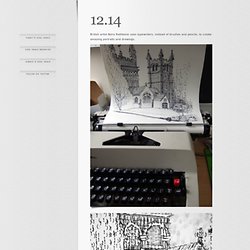 Found on: Odditycentral.com. The Art of the Jack-O-Lantern. Streeter Seidell explained the history of the pumpkin made into a Halloween Jack-O-Lantern yesterday in 7 Burning Halloween Questions: Answered! 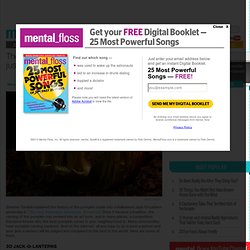 Grace Ciao. Kentaro Nagai: Chinese Zodiak. 12 Feb 2009 In a series of illustrations entitled "Twelve Animals," graphic artist Kentaro Nagai rearranges the world map to create the beasts of the Chinese zodiac. Paint Dropped in Water. The images that you see before you appear to be different things to different people. Because of my obsession with the National Geographic and the Discovery Channel, to me, the images below appear to be some newly discovered creatures from the deep sea or images released by NASA of newly discovered galaxies. These stunning images are taken by British photographer, Mark Mawson, who has been taking pictures for over 22 years and specializing in shooting under water scenes. For his Aqueous Series, he takes several drops of colored paint and drops it into a tank of water. As gravity goes to work, so does Mark Mawson. Pooled Oil Paintings by Matthew Davis. Berlin-based artist Matthew Davis creates these surreal images by using his brush to slowly drip oil paints into small pools.

After each color dries over a period of several days a new layer is added resulting in a dense, multi-dimensional surface. The understanding and control of color that goes into this is beyond me. You can see more of his paintings and read an article about Davis in the German magazine Art (nsfw). Gregory Euclide. These psychedelic animal specimens are unlike anything you've ever seen. This 16th Century Book Can Be Read Six Different Ways. Aquarium Photobooth. Lighting designer Benoit Deseille and artist Benedetto Bufalino transformed this phone booth in Lyon, France, into an aquarium, as part of the city's annual Festival of Light.