Domesticated nearly 6,000 years ago, HORSES changed the way mankind traveled, worked and committed warfare. Europeans used the horse in the exploration and conquest of the New World, their strays later becoming the feral mustangs of the Americas.

The only horse never to be domesticated is the extremely rare Przewalski's horse; There are only an estimated 300 of these horses left in the wild. "Under-Horse" project by Andrius Burba. Horse Knocks off Rider and Finishes Competition Alone. Brooklyn Supreme, worlds largest stallion (1934) "Equus" by Tim Flach. Swimming equine. Majestic Horse Photography. Horse Photography can be quite an art with the camera effects and lighting used to capture Horses, as seen in the motion blurred photograph of the horse running and the spotlight lit Horse. 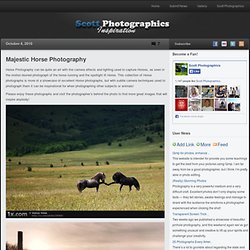 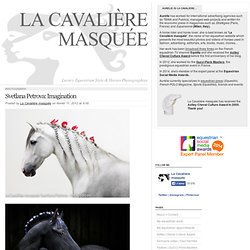 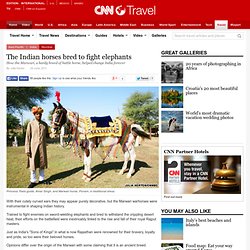 With their cutely curved ears they may appear purely decorative, but the Marwari warhorses were instrumental in shaping Indian history. Trained to fight enemies on sword-wielding elephants and bred to withstand the crippling desert heat, their efforts on the battlefield were inextricably linked to the rise and fall of their royal Rajput masters. Just as India's "Sons of Kings" in what is now Rajasthan were renowned for their bravery, loyalty and pride, so too were their beloved horses. Opinions differ over the origin of the Marwari with some claiming that it is an ancient breed. Others believe that the Rajput clans began breeding what would become known as the Marwari in the 12th century after being driven into the more desolate areas of Rajasthan by superior Afghan invaders conquering Northern India. Model at Udaipur's City Palace showing a Rajput and his Marwari horse in false elephant trunk. getting there. 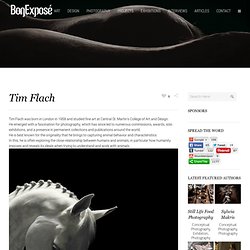 Martin’s College of Art and Design. He emerged with a fascination for photography, which has since led to numerous commissions, awards, solo exhibitions, and a presence in permanent collections and publications around the world. He is best known for the originality that he brings to capturing animal behavior and characteristics. In this, he is often exploring the close relationship between humans and animals, in particular how humanity imposes and reveals its ideals when trying to understand and work with animals.

Equus by Tim Flach Equus. Born In The Saddle [Human Planet] Horse Photography. Foal & Dog Play Tag! Mare and Foal. Arabian horses. The Arabian horse is a breed of horse with a reputation for intelligence, spirit, and stamina. 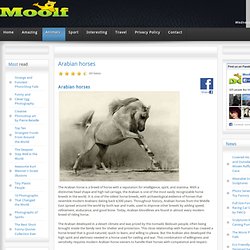 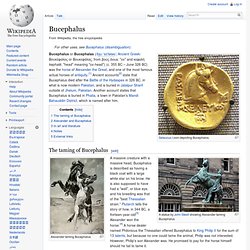 In this tale, the colt, whose heroic attributes surpassed even those of Pegasus, is bred and presented to Philip on his own estates. Endangered Horse Birth Breakthrough. Black Friesian. Spanish Jimeta Horsemanship. Tiniest horse is having a ball! Like the sky. Summer heat" by Kurt Arrigo. Lone Desert Horse. Sensational dancing horse. Przewalski's horse. Horse in the Rocky Mountains. 700,000-Year-Old Horse Yields Oldest DNA Ever Decoded.

The frozen remains of a horse more than half a million years old have reluctantly given up their genetic secrets, providing scientists with the oldest DNA ever sequenced. 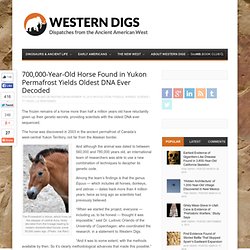 The horse was discovered in 2003 in the ancient permafrost of Canada’s west-central Yukon Territory, not far from the Alaskan border. And although the animal was dated to between 560,000 and 780,000 years old, an international team of researchers was able to use a new combination of techniques to decipher its genetic code.

Among the team’s findings is that the genus Equus — which includes all horses, donkeys, and zebras — dates back more than 4 million years, twice as long ago as scientists had previously believed. “When we started the project, everyone — including us, to be honest — thought it was impossible,” said Dr.