(1950's) David Attenborough petting a macaw. 8 Vintage Pics Of Carrie Fisher Promoting “Return Of The Jedi” In 1983. You’re probably aware of the metal “Slave Leia” bikini even if you’re not a Star Wars fan. 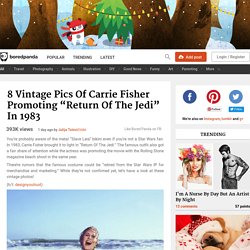 In 1983, Carrie Fisher brought it to light in “Return Of The Jedi.” The famous outfit also got a fair share of attention while the actress was promoting the movie with the Rolling Stone magazine beach shoot in the same year. There’re rumors that the famous costume could be “retired from the Star Wars IP for merchandise and marketing.”

While they’re not confirmed yet, let’s have a look at these vintage photos! (1939) Vivien Leigh taking on the set of “Gone With The Wind” Photographer Martin Schoeller. (1940's) Hedy Lamarr. Young Barack Obama. A different persepective of The Beatles. Random photo Submit your photo Stumble Thru black and white photography, people photography Tags: music the beatles from above by michel le tac 22 345 views Rating: +1 Most Beautiful Festivals Around The World in Photos the dance of a many hands hans zimmer`s recording studio amazing DJ stage at music festival. 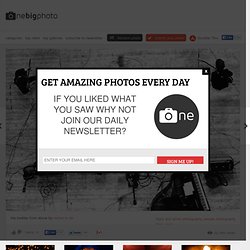 Bryan Cranston & Jon Hamm. They Are Human After All. Want to see some awesome people hanging out together, celebs in their normal life or ‘superheroes’ that aren’t exactly the way you thought? Guess what, they are human after all! (click on every image for more) ↑ Back to top. (1989) Pamela Anderson. Biggie Smalls. StumbleUpon. (1937) Portrait of Frida Kahlo for VOGUE, by Toni Frissel. Pedro Pascal dressed as Oberyn Martel.

19 Pictures That Will Make You Think Differently About Marilyn Monroe. Michael Muller celebrity portraits. Ian Tilton's "Kurt Crying" Some Rare Pictures of Famous People You May Not Have Seen Before. Marilyn Monroe. Here's a tribute to the amazing beauty that was Marilyn Monroe. (1992) Steve & Terri Irwin. (1956) Anita Ekberg. Mark Hamill Gives the Best Autographs. Right Before the "Abby Crosswalk" picture. Salvador Dali. African Queens. I picked up the May issue of British Vogue a while back and was mesmerized by this spread featuring Agyness Deyn. 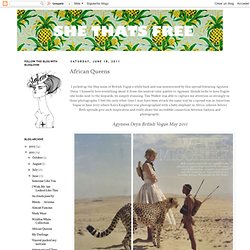 I honestly love everything about it from the neutral color palette to Agyness' blonde locks to how fragile she looks next to the leopards, its simply stunning. Tim Walker was able to capture my attention so strongly in these photographs. I feel the only other time I may have been struck the same way by a spread was in American Vogue in June 2007 where Keira Knightley was photographed with a baby elephant in Africa. (shown below) Both spreads give such inspiration and really share the incredible connection between fashion and photography. Hilarious Celebrity Portraits. New York-based photographer Martin Schoeller loves to make us laugh! 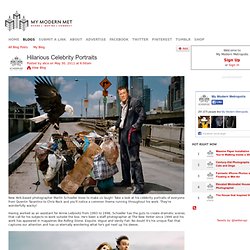 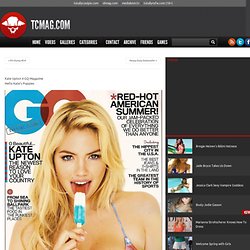 Here are 37 people who will show you the true meaning of ‘cool' Lana Del Rey. Sarah Dunn Photography. Hugh Hefner's autobiography. By Daily Mail Reporter Published: 23:51 GMT, 22 August 2013 | Updated: 12:51 GMT, 23 August 2013 When a 42-year-old Hugh Hefner first asked an 18-year-old Playmate on a date, she replied that she had 'never dated anyone over 24'. 'That's all right,' the publishing mogul told his soon-to-be girlfriend Barbi Benton. 'Neither have I.' Plenty of such legendary anecdotes and never-before-seen images from Hefner's first 25 years at the helm of Playboy make up a scintillating illustrated autobiography, Hugh Hefner's Playboy, published by Taschen. 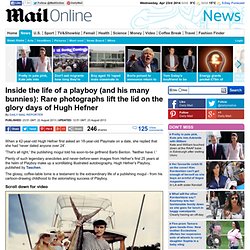 The glossy, coffee-table tome is a testament to the extraordinary life of a publishing mogul - from his cartoon-drawing childhood to the astonishing success of Playboy. Scroll down for video. Kurt Cobain and Kittens. Martin Schoeller. Young Beatles. 11 Yearbook Photos That Musicians Wish We Wouldn't See. Every once in a while, I write down a piece of advice I'd like to pass on to my kids one day. 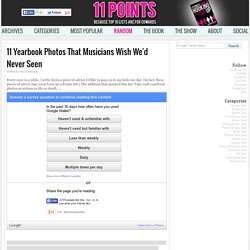 'Titanic' Cast: Then and Now. All of Art & Science Has Culminated in Kate Upton's Zero-G Bikini Shoot. Grumpy Cat Is Not Impressed by TIME. Grumpy Cat visited TIME, and it was awful. 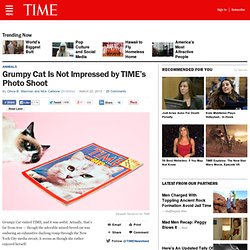 Actually, that’s far from true — though the adorable mixed-breed cat was enduring an exhaustive daylong romp through the New York City media circuit, it seems as though she rather enjoyed herself. The Internet celebrity known as Grumpy Cat pounced on TIME’s Manhattan office Friday, toting with her an entourage larger than that of many celebrities. The brown-and-white kitty, whose real name is Tardar Sauce, arrived flanked by owner Tabatha Bundesen and her brother Bryan Bundesen, the man responsible for Grumpy Cat’s viral fame.

The 11-month-old cat leaped to fame when Bryan posted a photo of the frowning feline to Reddit in September 2012 while visiting his sister in Arizona. (MORE: And the Catuette Goes To: ‘The Friskies’ Awards Best Cat Videos of the Year) Hers is the face that has launched a thousand memes. Elizabeth Renstrom for TIME (MORE: And the Winner of the Internet Cat-Video Film Festival Is …) 13 Photos That Shatter Your Image of Famous People (Part 2) On some level, you know that when your grandma was young she probably got drunk and had sex with three guys in the back of an El Camino in the parking lot of a Dairy Queen. 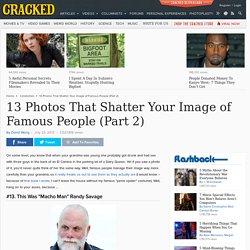 Yet if you saw a photo of it, you'd never quite think of her the same way. Well, famous people manage their image way more carefully than your grandma, so it really freaks us out to see them as they actually are (I would know -- because of that book I wrote, I can't leave the house without my famous "penis spider" costume). Well, hang on to your asses, because ... Grumpy Cat and Ridiculously Photogenic Guy. "Believe in the Lord..." Audrey Hepburn and Fawn.