The CAMEL's most distinguishing feature is its hump, which is a large deposit of fat. This frees up the rest of the body, making the camel well adapted to traversing the world's most hostile deserts.

The single-humped Dromedary can be found in Africa, India and the Middle East while the shaggier, two-humped Bactrian lives in Central Asia. Camel Eats the Pyramids. Camel Tickel. 7 Things you really ought to know about Camel Anatomy. Girl vs. Camel (in race!) Intact Ottoman 'war camel' found in Austrian cellar - BBC News. A complete camel skeleton dug up from a 17th-century Austrian cellar shows tell-tale signs that it was a valuable riding animal in the Ottoman army. It was probably left behind or traded in the town of Tulln following the Ottoman siege of nearby Vienna in 1683. DNA analysis shows that the beast - the first intact camel skeleton found in central Europe - was a Bactrian-dromedary hybrid, popular in the army. Beautiful Rajasthani Camel. The Difference Between Bactrian And Dromedary Camels. In A Nutshell A dromedary is a subspecies of camel, native to deserts across India, Africa, and the Middle East. 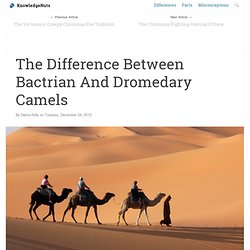 So what’s with the animals that have one hump and the ones that have two? That’s where the difference comes in; the dromedary has one hump, while the other subspecies of camel, the Bactrian, has two. And also unlike their more popular cousins, the Bactrian lives in the searingly hot (and freezing cold) rocky deserts of Central and East Asia. The Whole Bushel. Tough Camel in India. Camel Mother and Calf.