Pilots say poll shows public want strict curbs on flying drones in cities. Most people think there should be stricter rules on the qualifications for flying a drone in urban areas, according to a new report. 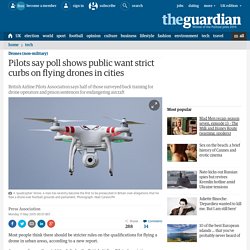 A survey of more than 2,000 adults by the British Airline Pilots Association (Balpa) also showed that half think there should be prison sentences for those flying drones in a way that endangers an aircraft. The study, which will be presented on Monday at a drone safety summit organised by UK pilots, revealed that about a third of those polled think no one should be able to fly drones over urban areas. Drones: Deliverymen of the Future. Baroness Susan Greenfield on the dark side of social media. Baroness Susan Greenfield is a brain scientist who says time spent with electronic devices is rewiring the brain. 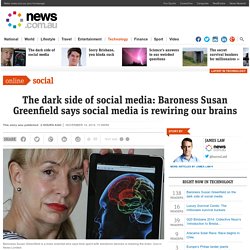 Source: News Limited WE’RE all guilty of it. We’re at the pub, dinner table or enjoying a fun arvo with a group of friends and, instead of talking to the people we’re with, we’re preoccupied with our phones. Facebook, Instagram, Twitter, video games and — dare I say it — news.com.au all provide endless distractions, as well as more opportunities to share, connect and spout your views than ever before. Nude celebrity picture leak looks like phishing or email account hack. Google Glass: Why the gadget faces its biggest test. Will Google Glass catch on? 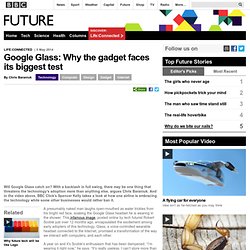 With a backlash in full swing, there may be one thing that threatens the technology’s adoption more than anything else, argues Chris Baraniuk. And in the video above, BBC Click’s Spencer Kelly takes a look at how one airline is embracing the technology while some other businesses would rather ban it. A presumably naked man laughs open-mouthed as water trickles from his bright red face, soaking the Google Glass headset he is wearing in the shower. This infamous image, posted online by tech futurist Robert Scoble just over 12 months ago, encapsulated the excitement among early adopters of this technology. Capital - The future of work: Drones vs mankind. Looking at the bigger picture, it’s precisely this innovation driving change in all of our careers. 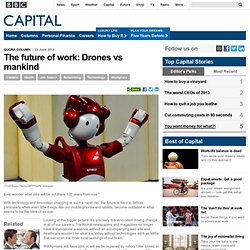 Signs from the near future. Electric buses hit London roads. Two electric buses have hit the streets of London as part of a trial to see if the technology is suitable for shorter routes around the capital. 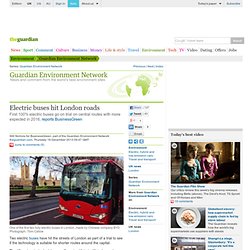 The 12-metre single deck buses will service Victoria, Waterloo and London Bridge stations running on routes 507 and 521 from today. According to Chinese manufacturer BYD Auto, the zero-emission buses should reduce running costs by about three quarters compared to a diesel bus and can travel up to 250km (155 miles) on a single four or five hour charge - sufficient to operate for a full day without the need to recharge.

Six further electric buses are set to be introduced into the TfL fleet in early 2014, four of which were secured with funding from the Department of Transport's Green Bus Fund with a further two funded from Transport for London's technology demonstration budget. The city intends to deliver Europe's largest hybrid bus fleet by introducing 1,700 by 2016 to cover a fifth of the fleet. Madrid's smart parking meters to charge more for most polluting cars. Madrid continually exceeds the EU limit for nitrogen dioxide. 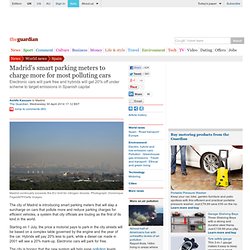 Photograph: Dominique Faget/AFP/Getty Images The city of Madrid is introducing smart parking meters that will slap a surcharge on cars that pollute more and reduce parking charges for efficient vehicles, a system that city officials are touting as the first of its kind in the world. Starting on 1 July, the price a motorist pays to park in the city streets will be based on a complex table governed by the engine and the year of the car. Hybrids will pay 20% less to park, while a diesel car made in 2001 will see a 20% mark-up. Electronic cars will park for free. 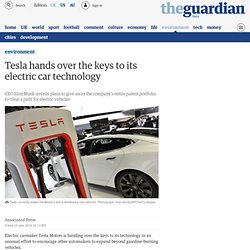 Tesla CEO, Elon Musk, promised on Thursday to give away the company’s entire patent portfolio, as long as they promised not to engage courtroom battles over intellectual property. “If we clear a path to the creation of compelling electric vehicles, but then lay intellectual property landmines behind us to inhibit others, we are acting in a manner contrary to that goal,” Musk wrote in a blog on the company’s website. The decision opens the door to more collaboration with Tesla, which is already making electric systems for Daimler and Toyota. Other automakers using Tesla’s technology could potentially share the cost of Tesla’s charging stations, for example. Learning English - Words in the News - UN discusses 'killer robots' This is what Candy Crush does to your brain. 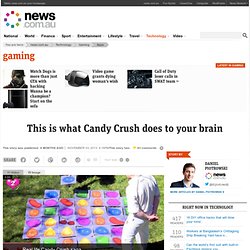 It's quick and easy. Your video will begin in 5 seconds People spend hundreds and even thousands of dollars on Candy Crush. Source: Supplied. Technology - Why everyone may have a personal air vehicle. The idea of having a part car, part plane, part drone parked outside your home may not be as far-fetched as it seems. 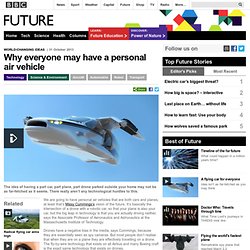 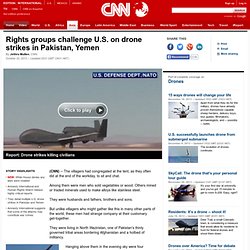 Innovations that can change our lives - Ockham's Razor. Robyn Williams: Today’s talk is an example of what federal politics should be about: a considered look at our future, how innovations can change our lives, as planes, antibiotics and computers once did, and what policies may flow. Andrew Leigh is a former professor. Now he’s the Federal Member for Fraser.

Andrew Leigh: In 1910 Alexander Graham Bell, inventor of the telephone, was visiting Australia. In Melbourne he gave evidence to a parliamentary committee on communications. He told them his dream was that a man will be able to talk with any other in any part of the United States. The early years of the mobile phone in Australia - Ockham's Razor. Robyn Williams: 1989 was a pivotal year. The Berlin Wall collapsed, the Soviet Union did the same, Eastern Europe threw off the communist yoke, Nelson Mandela, still imprisoned, met the South African President and history changed. Also Robin Robertson heard her first mobile phone conversation on a Sydney bus. Australia knew about PRISM before Snowden leak - RN Drive. Indigenous Mental Health App launches - RN Drive. GM crops: is opposition to golden rice wicked? Sally Brooks, a York University social researcher specialising in international development, technological change in agriculture and food policy, spoke to me about her research into golden rice.