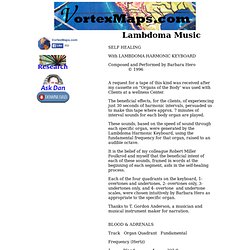 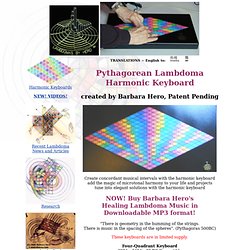 The Lambdoma Home Page. Medicine Wheel Gathering of May 8th, 2004. Closing door with respect Please read this message from on of our elders...it about closing the ceremony, called closing door with respect...please take this message to the heart..thanks Bennie Medicine Wheel Gathering of May 8th, 2004 Emailed by Hopi Elder, dee see mana, Katherine Cheshire kc4behopi@yahoo.com Touch the Earth Foundation ---------- Honoring Black Elk. 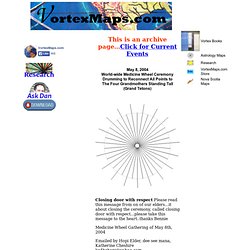 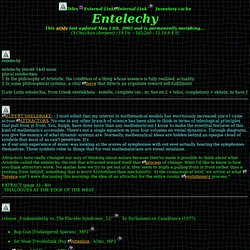 [Late Latin entelechìa, from Greek entelekheia : entelês, complete (en-, in; See en-2 + telos, completion) + ekhein, to have.] The Tarahumaras: An Endangered Species : Mexico Culture & Arts. Shep Lenchek Never conquered by the Aztecs and despite being defeated by Mexican armies, the Tarahumaras still consider themselves an independant nation. 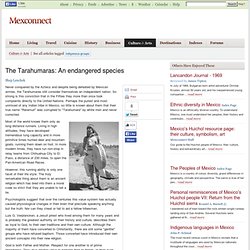 So strong is this conviction that in the Fifties they more than once took complaints directly to the United Nations. Spiritual pearltrees. World around us: The Top 10 Intelligent Designs (or Creation Myths) Kundalini. Kundalini chakra diagram. 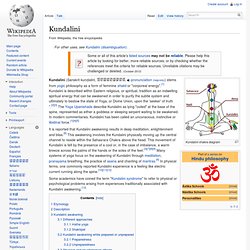 Angel. An angel (from the Greek ἄγγελος - ángelos[1]) is a supernatural being or spirit, often depicted in humanoid form with feathered wings on their backs and halos around their heads, found in various religions and mythologies. 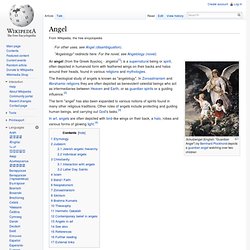 The theological study of angels is known as "angelology". In Zoroastrianism and Abrahamic religions they are often depicted as benevolent celestial beings who act as intermediaries between Heaven and Earth, or as guardian spirits or a guiding influence.[2] Deity. In religious belief, a deity ( i/ˈdiː.ɨti/ or C. 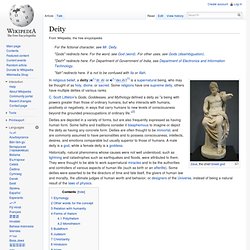 Necronomicon. Paradigm shift. A paradigm shift (or revolutionary science) is, according to Thomas Kuhn, in his influential book The Structure of Scientific Revolutions (1962), a change in the basic assumptions, or paradigms, within the ruling theory of science. 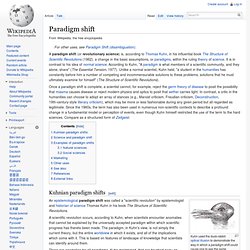 It is in contrast to his idea of normal science. According to Kuhn, "A paradigm is what members of a scientific community, and they alone, share" (The Essential Tension, 1977). Unlike a normal scientist, Kuhn held, "a student in the humanities has constantly before him a number of competing and incommensurable solutions to these problems, solutions that he must ultimately examine for himself" (The Structure of Scientific Revolutions).

Illuminates of Thanateros. Name[edit] "Thanateros" is a portmanteau of Thanatos and Eros — Greek gods of death and sex (respectively). 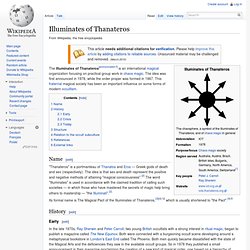 The idea is that sex and death represent the positive and negative methods of attaining "magical consciousness".[2] The word "Illuminates" is used in accordance with the claimed tradition of calling such societies — in which those who have mastered the secrets of magic help bring others to mastership — "the Illuminati".[2] Its formal name is The Magical Pact of the Illuminates of Thanateros,[3][4]:12 which is usually shortened to "the Pact".[4]:5 History[edit] Early[edit] In the late 1970s, Ray Sherwin and Peter Carroll, two young British occultists with a strong interest in ritual magic, began to publish a magazine called The New Equinox.

Chaos magic. The chaosphere is a popular symbol of chaos magic. Many variants exist. For more, see Symbol of Chaos. General principles[edit] Chaos magicians are often seen by other occultists as dangerous or worrisome revolutionaries.[2] History[edit] Origins and creation[edit] Sigil (magic) In medieval ceremonial magic, the term sigil was commonly used to refer to occult signs which represented various angels and demons which the magician might summon. The magical training books called grimoires often listed pages of such sigils.

Barbatos. His name derives from Latin barbatus, meaning "bearded, old man, philosopher". He is the 8th demon in The Lesser Key of Solomon, while Pseudomonarchia Daemonum lists him as the 6th demon. He is also mentioned in Grand Grimoire as subordinate of Satanachia.[1] See also[edit] Sources[edit] The Lesser Key of Solomon. The Lesser Key of Solomon, also known as the Clavicula Salomonis Regis[note 1] or Lemegeton, is an anonymous grimoire (or spell book) focused on demonology. It was compiled in the mid-seventeenth century, mostly from materials a couple of centuries older.[1][2] It is divided into five books, the Ars Goetia, the Ars Theurgia-Goetia, the Ars Paulina, the Ars Almadel, and the Ars Notoria.[1][3] Ars Goetia[edit] Holy Guardian Angel. The term Holy Guardian Angel was possibly coined either by Abraham of Worms, a German Cabalist who wrote a book on ceremonial magick during the 15th century or Samuel Liddell MacGregor Mathers, the founder of the Hermetic Order of the Golden Dawn, who later translated this manuscript and elaborated on this earlier work, giving it extensive magical notes, but the original concept goes back to the Zoroastrian Arda Fravaš ('Holy Guardian Angels').

[citation needed] In Mathers' publication of The Book of the Sacred Magic of Abramelin the Mage, he writes: "If thou shalt perfectly observe these rules, all the following Symbols and an infinitude of others will be granted unto thee by thy Holy Guardian Angel; thou thus living for the Honour and Glory of the True and only God, for thine own good, and that of thy neighbour. Let the Fear of God be ever before the eyes and the heart of him who shall possess this Divine Wisdom and Sacred Magic. "[1] Aleister Crowley's view[edit] Abramelin oil. Lesser ritual of the pentagram. Magick. List of demons in the Ars Goetia. Goetia. Chaos magic. The chaosphere is a popular symbol of chaos magic. Random funny pictures.

Reality & mystic secrets. The Delicious Dance Between the Sacred Feminine and the Divine Masculine. Higher Learning. Paganism. Shamanism, Journey to meet your Animal Totem, Power Animal, Spirit Guide. As with all meditations, its not important that you see everything I am writing... just that have fun and remember why you are here... when we do meet your animal guide... unless several come at once... you just accept the first one that comes to you.. the others are merely those you wish to have.. rather than actually have.... if several come at one time.. then those are the ones you have and accept them all Using whatever method suits you... allow yourself to relax..

Imagine as clearly as you can... that you are in a large cave... there are rugs and skins on the floor... paintings etched onto the walls with charcoal and natural made colours... shelves with various books and instruments and pots and many other items that you can look at.. add to or even take.. Mind & Spirit Vaults. Untitled. EDITORS NOTE: Although the TRIZ Journal does not endorse Tao as a religious belief system it does consider this particular paper to be an interesting perspective on the subject. Andre de Zanger and Judith Morgan Creativity Institute - 1664 3rd Avenue New York, NY 10128 (212) 289-8856 e-mail: creativityinstitute@juno.com.

Evidence. Prophecy. Religion. Paganism. Atheism. Practices. Buddhism. Gaia. Toltec. Ibrahimic Religion. Judaism. Islam. Christianity. Gnosticism. Native American Hopi Elder on the spiritual connection to the Earth by dreaming in the void blog. Love. How Much Does the Soul Weigh? Many people like to believe in the idea of a soul, and we often look to the empirical world to bolster our religious or spiritual beliefs, searching for corroborating physical evidence. Just such scientific proof seemed to come in 1907,when a Massachusetts doctor named Duncan MacDougall devised experiments that he expected would actually measure the soul. Using six terminally ill patients on a specially-constructed scale bed, he measured their weight before, during, and after death. His results were mixed, but he concluded that there was indeed a very slight loss of weight, 21 grams on average.