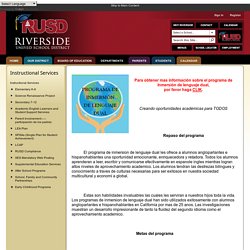 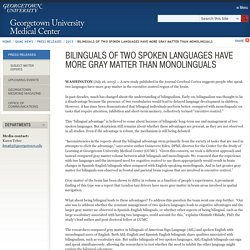 In past decades, much has changed about the understanding of bilingualism. Early on, bilingualism was thought to be a disadvantage because the presence of two vocabularies would lead to delayed language development in children. However, it has since been demonstrated that bilingual individuals perform better, compared with monolinguals, on tasks that require attention, inhibition and short-term memory, collectively termed “executive control.” This “bilingual advantage” is believed to come about because of bilinguals’ long-term use and management of two spoken languages. But skepticism still remains about whether these advantages are present, as they are not observed in all studies. Gray matter of the brain has been shown to differ in volume as a function of people’s experiences. A majority of English-speaking Hispanics in the U.S. are bilingual. About six-in-ten U.S. adult Hispanics (62%) speak English or are bilingual, according to an analysis of the Pew Research Center’s 2013 National Survey of Latinos. 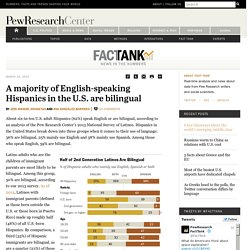 Hispanics in the United States break down into three groups when it comes to their use of language: 36% are bilingual, 25% mainly use English and 38% mainly use Spanish. Among those who speak English, 59% are bilingual. Latino adults who are the children of immigrant parents are most likely to be bilingual. Among this group, 50% are bilingual, according to our 2013 survey. As of 2012, Latinos with immigrant parents (defined as those born outside the U.S. or those born in Puerto Rico) made up roughly half (48%) of all U.S. Widespread bilingualism has the potential to affect future generations of Latinos, a population that is among the fastest growing in the nation. Bilingualism is measured in our National Surveys of Latinos by asking Hispanic adults to self-assess their language abilities. A majority of English-speaking Hispanics in the U.S. are bilingual.

A majority of English-speaking Hispanics in the U.S. are bilingual. Sarah Millar and Cassandra Sclafani » Hispanic Hartford. Facts about English Learners in California - CalEdFacts. This content is part of California Department of Education's information and media guide about education in the State of California. 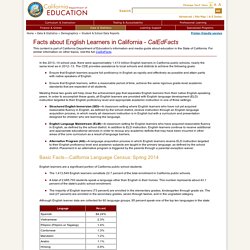 For similar information on other topics, visit the full CalEdFacts. In the 2013–14 school year, there were approximately 1.413 million English learners in California public schools, nearly the same level as in 2012–13. The CDE provides assistance to local schools and districts to achieve the following goals: Ensure that English learners acquire full proficiency in English as rapidly and effectively as possible and attain parity with native speakers of English. Ensure that English learners, within a reasonable period of time, achieve the same rigorous grade-level academic standards that are expected of all students. 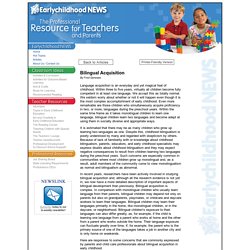 Within three to five years, virtually all children become fully competent in at least one language. We accept this as totally normal. We seldom worry about whether or not it will happen even though it is the most complex accomplishment of early childhood. Even more remarkable are those children who simultaneously acquire proficiency in two, or more, languages during the preschool years.

Within the same time frame as it takes monolingual children to learn one language, bilingual children learn two languages and become adept at using them in socially diverse and appropriate ways.