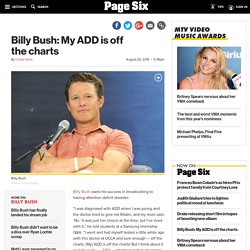 “I was diagnosed with ADD when I was young and the doctor tried to give me Ritalin, and my mom said, ‘No.’ It was just her choice at the time, but I’ve lived with it,” he told students at a Samsung internship Q&A. “I went and had myself tested a little while ago with this doctor at UCLA and sure enough — off the charts. [My] ADD is off the charts! But I think about it and it’s really . . . The “Today’s Take” host said he also has his old “Access Hollywood” boss Rob Silverstein to thank. “He always stood up for me and always supported me, and I always felt it,” Bush said. The Slippery Appeal of the Biggest New Band in America. Last summer, pop radio began playing a fiendish earworm about two young men who feared the ordinary demands of adulthood. 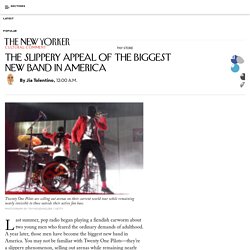 A year later, those men have become the biggest new band in America. You may not be familiar with Twenty One Pilots—they’re a slippery phenomenon, selling out arenas while remaining nearly invisible to those outside their active fan base—but you’d know the hook of “Stressed Out” if you heard it: the song has enjoyed non-stop airplay for almost a year. Tyler Joseph, the twenty-seven-year-old vocalist and songwriter for the band, composes in hooks; his melodies sound like bar darts swooping toward a bull’s-eye, and the “Stressed Out” chorus is as bright as its minor key will allow. “If we could turn back time,” Joseph sings, “to the good old da-ays, when our mama sang”—and here’s where your ears might prick up in recognition—“us to sleep, but now we’re stressed out.” Joseph is a dexterous front man, a chameleon between songs as well as within them. Browse. With CuriosityStream, Discovery Channel founder seeks online success. The founder of the Discovery Channel, an early cable-TV hit, is turning to online streaming with a new subscription service called CuriosityStream. 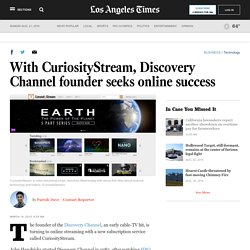 John Hendricks started Discovery Channel in 1982, after watching HBO succeed in the 1970s. He made a fortune and left as chairman of parent company Discovery Communications last spring to pursue his new venture. On Wednesday, CuriosityStream launched with about 600 series, feature-length documentaries and 20-minute-or-shorter clips on science, technology and history. Access costs $2.99 a month for standard-definition picture quality and $5.99 a month for high definition. The first month is free. SIGN UP for the free California Inc. business newsletter >> CuriosityStream is expected to feature a mix of content acquired from BBC, NHK and other producers as well as original programming.

Because the cost of producing “factual content” is about one-fourth to one-sixth that of “dramatic content,” the service won’t need to show ads, Hendricks said. Visit the Pennsylvania Amish in Lancaster PA. Here's how the Electoral College could prevent a President Trump. Even if Donald Trump wins the popular vote for President in November, it is entirely possible — and even Constitutionally acceptable — that we could be spared from his leadership. 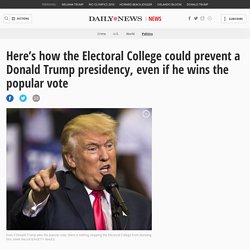 For that, we can thank the Electoral College. We take for granted every four years that the Electoral College will vote accordingly to the winners of each state’s popular vote. But there is nothing in the Constitution, federal law or electoral history saying it has to be that way. The Electoral College has the freedom to override the people’s choice — in part, to expressly stop someone like Trump from taking over. SEE IT: CNN guest calls Trump a 'loudmouthed d---' on live TV "Basically, the Electoral College is an anti-democratic measure built into the Constitution," Andrew Trees, a post-doctoral fellow at Roosevelt University and author of "The Founding Fathers and the Politics of Character," told the Daily News. Trump, he added, "fits to a T" the kind of "unprincipled demagogue" the Fathers wanted to block.

Tags: Melania Trump like you’ve never seen her before. Donald Trump thinks his wife will be a model first lady — and here’s the proof. 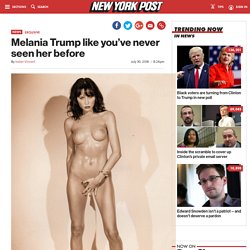 Decades before she was sporting designer dresses on the stage of the Republican National Convention as Mrs. Trump, Melania Knauss posed nude in a photo spread for a now-defunct French men’s magazine, The Post has learned. The leggy, Slovenian-born model — then 25 years old and known by her professional moniker Melania K. — did the steamy photo session in Manhattan in 1995, according to Alé de Basse­ville, the French photographer who shot the sexy snaps. (Photographer Alé de Basse­ville later told The Post that he misspoke, and the photo session actually took place in 1996 in Manhattan, and appeared in a 1997 issue of the magazine.)

The images, some rarely seen and others never published, were obtained exclusively by The Post. The bombshell photos show Melania wearing nothing but high heels and pouting for the camera, in a series of images shot from the front, the back and the side. Destino Fútbol: Cádiz Mágico - Completo ( Documental del Mágico González ) Manhattan Bridge - Best Photo Spots.