3D Printing. To Sample/Buy. Morse Code With the MSP430. Bootstrap. The Easiest Twitter Bootstrap Builder! Home of free code snippets for Bootstrap. Design and build a PCB from scratch using KiCad – Contextual Electronics. Sign up to learn about electronics! 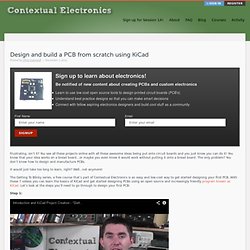 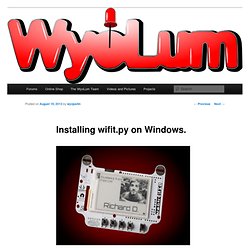 Linux users here. Here are the minimal requirements run wifit.py. If you know how to install packages on your platform, you should not have any trouble installing wifit. These links and photos below are for windows. When an image comes along, you must wifit… Wifit is a program to create images for E-Paper Displays (available at Adafruit). 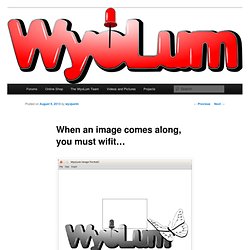 It is written in Python using the amazing Python Image Library. Features: Reads in all common image formats as will as the WyoLum Image FormatWrites in WyoLum Image Format (WIF) and Portable Network Graphic format (PNG)Write in pixelated fonts: Unifont, ascii_5x7. This is important because true-type fonts to not transfer well to the EPD.Copy/Paste images from the browserBasic image editing: scale, contrast, brightness. Ready, Set, Hack! For the next month, the Summit Chairs will be featuring information about our accepted speakers, demos, sponsors and posters. 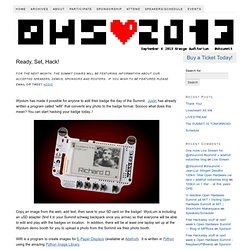 If you wish to be featured please email or tweet Addie Wyolum has made it possible for anyone to edit their badge the day of the Summit. Justin has already written a program called “wifit” that converts any photo to the badge format. 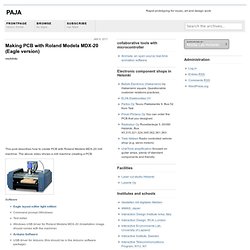 The above video shows a mill machine creating a PCB. Software. Basic4android (Basic for Android) - Android programming with Gui designer. Specializing in mobile development since 2005, Anywhere Software develops and markets developers' tools for the Android and Windows Mobile platforms. 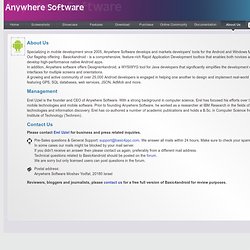 Our flagship offering - Basic4android - is a comprehensive, feature-rich Rapid Application Development toolbox that enables both novices and experts to develop high-performance native Android apps. In addition, Anywhere software offers Designer4android, a WYSIWYG tool for Java developers that significantly simplifies the development of Android user interfaces for multiple screens and orientations. A growing and active community of over 25,000 Android developers is engaged in helping one another to design and implement real-world mobile apps featuring GPS, SQL databases, web services, JSON, AdMob and more. Erel Uziel is the founder and CEO of Anywhere Software.

With a strong background in computer science, Erel has focused his efforts over the past decade on mobile technologies and mobile software. 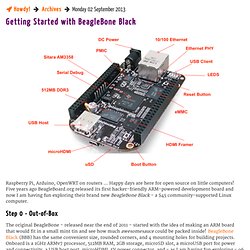 Happy days are here for open source on little computers! Five years ago BeagleBoard.org released its first hacker-friendly ARM-powered development board and now I am having fun exploring their brand new BeagleBone Black - a $45 community-supported Linux computer. DIY Pick and Place V2 Project Complete. The DIY pick and place machine project is now finally running and is able to place the components for our Raspberry Pi expansion boards. 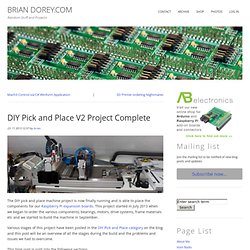 This project started in July 2013 when we began to order the various components, bearings, motors, drive systems, frame materials etc and we started to build the machine in September. Various stages of this project have been posted in the DIY Pick and Place category on the blog and this post will be an overview of all the stages during the build and the problems and issues we had to overcome. This blog post is split into the following sections: You can click on any of the photos to view larger versions. Arduino and Arduino-compatible boards at ProtoCentral India - ProtoCentral.

IISc Bangalore - NPTEL Online. Builders: first tests building a powder-based stereolithography printer: part 1. Hi folks, i'm a bit sleepy, but i thought i'd post this while it's fresh: after seeing really interesting powder-based printer designs like this one, that place down a layer of powder then "print" a binding material onto it, i began to wonder (as others have) if we could build a similar setup using ABS powder and a laser diode to fuse the material together. designs like this have a bunch of benefits, including the potential to use the powder as it's own support material. 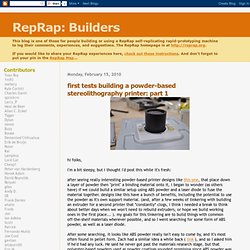 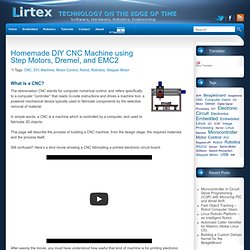 GRE. Read! GATE 2014. Major-CDROM CNC. PCB Fabs. Websockets Server. As explained in this webpage, the Websocket protocol allows full-duplex, bi-directional communications between a server and clients. For this WebSocket tutorial, we will need to implement a server. We chose the Tornado Websocket server for our Internet of Things project. In this tutorial, we will present an example of how to get the Tornado Server running using websockets. Tools. Spectrometer last edit by tonyc 16 days ago | 238,060 views | 21 Desktop Spectrometry Kit v3 The standard -- plugs into your laptop Build one ... Read more » Thermal photography last edit by Sara 24 days ago | 80,901 views | 3 Applications Thermal imaging can be used to document heat/AC leaks from insulation gaps on a bui... FPGA course - Hamsterworks Wiki!

Travel. Shiv Puran Story. Story of Brahma At the beginning of creation, there was nothing in the universe. The universe was not there either. It was only the brahman (divine essence) which was everywhere. The brahman was neither hot nor cold, neither thick or thin. It had no beginning and no end. There was water everywhere. Study. Sign Up for a New Account. MSP430. AVR. Electronics. IndianTinker.com. SolidWorks. Projects this Summer. Solar Energy. LED and Lightening. Arduino. Pearltrees videos. Getting started. Windows phone.