This week’s collaboration with Nerdcore Medical was a fun chance to try a more simple style than I usually use. 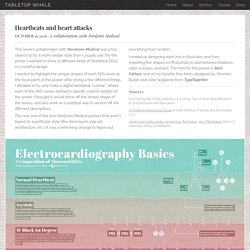 For this poster I wanted to show 11 different kinds of heartbeat EKGs in a colorful design. I wanted to highlight the unique shapes of each EKG wave as the focal point of the poster. After trying a few different things, I decided to try and make a digital heartbeat “sunrise,” where each of the EKG waves defined a specific colorful section of the poster. I thought it would show off the simple shape of the waves, and also work as a practical way to section off the different descriptions. Christian Richter's Abandoned photographs of Europe's empty buildings. Photo essay: German photographer Christian Richter has been breaking into abandoned buildings across Europe to capture their "swan song" for his Abandoned series (+ slideshow). 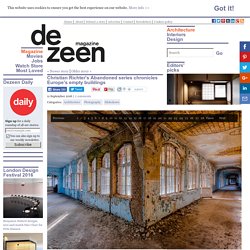 Richter, 36, was born in the then German Democratic Republic and started exploring abandoned buildings after the fall of the Berlin wall in 1989. He began taking amateur pictures of these structures after a friend gave him a small digital camera as a gift, which eventually led to a career as a fine art photographer. The Abandoned series began in 2011 and is continuing to evolve. Richter has broken into more than 1000 buildings in Germany, France, Belgium, Italy and Poland, aided by a network of friends who suggest new places for him to visit.

"Abandoned photography is my ongoing project and now I travel around Europe looking for abandoned buildings," he told Dezeen. "I adore old decaying architecture, the patterns and textures – they remind me that everything is impermanent," he added. Best photographs of the day: a high-flier and high waves. Connexion.  Cory McAbee. Canadian-ized Canadian Provinces : vexillology. Mir Spacecraft: Worst collision in the history of space flight. RePlek : How the Brain Is Computing the Mind. How can we truly understand how the brain is computing the mind? 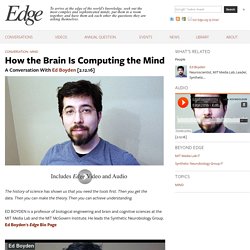 Over the last 100 years, neuroscience has made a lot of progress. We have learned that there are neurons in the brain, we have learned a lot about psychology, but connecting those two worlds, understanding how these computational circuits in the brain in coordinated fashion are generating decisions and thoughts and feelings and sensations, that link remains very elusive. And so, over the last decade, my group at MIT has been working on technology, ways of seeing the brain, ways of controlling brain circuits, ways of trying to map the molecules of the brain. At this point, what I’m trying to figure out is what to do next. How do we start to use these maps, use these dynamical observations and perturbations to link the computations that these circuits make, and things like thoughts and feelings and maybe even consciousness? There are a couple of things that we can do. The approach I would like to take is to go get the data.

Punch Up a Photo in Under 60 Seconds - How To - Lifehacker. Notes on a Case of Melancholia, Or: A Little Death by nicholas gurewitch. RePlek : - christinetheastrophysicist: How to Draw a Black... RePlek : Brits are now poorer than the French, Swiss, Belgians, Swedes, Austrians, Aussies and Canadians. The Nelson Mandela Foundation has released what it believes is the anti-apartheid hero’s first television interview, given in 1956 to a Dutch broadcaster. 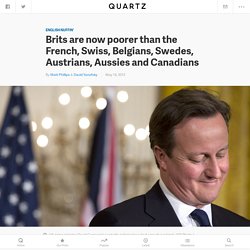 The rare footage appears to have been taken during a break in Mandela’s treason trial that lasted four and a half years. Mandela was acquitted in March 1961 and went into hiding shortly after. In the 24-second clip, Mandela says: “From the very beginning, the African National Congress set itself the task of fighting against white supremacy. We have always regarded as wrong for one racial group to dominate another racial group.The African National Congress has fought, without hesitation, against all forms of racial discrimination and we shall continue to do so until freedom is achieved.” Mandela was in prison for 27 years before becoming president in the country’s first multi-racial election in 1994. Sign up for the Quartz Africa Weekly Brief — the most important and interesting news from across the continent, in your inbox. Printed or sewn national flags. The Hampshire Flag Company excels at bringing products, services and brands to life in spectacular colour and quality. 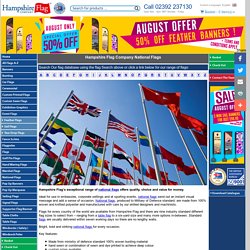 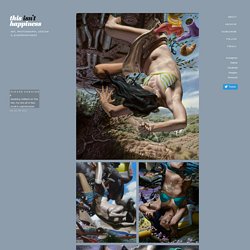 Ads Via The Deck It wasn’t meant to end like this, Nicola Verlato share it nicolaverlato.com 1,344 notes. John's World Wide Wall Display. I’ve been following the work of Dave Winer for a while now. 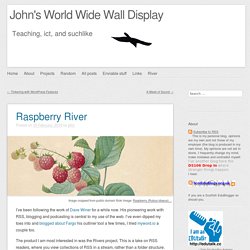 His pioneering work with RSS, blogging and podcasting is central to my use of the web. I’ve even dipped my toes into and blogged about Fargo his outliner tool a few times, I tried myword.io a couple too. The product I am most interested in was the Rivers project. (Pretty in pixels, Greg Ruth), Peteski. ABOUT ARCHIVE FOLLOW Instagram Twitter Facebook Google+ Pinterest. 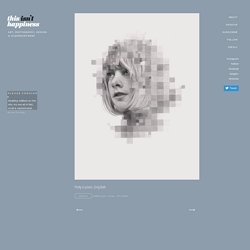 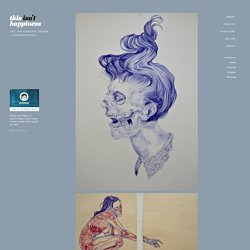