Surface Toggle Clamp - MakerBench Accessory. This surface toggle clamp is a simple but elegant clamp that allows you to hold down objects with flat surfaces to the MakerBench structure. 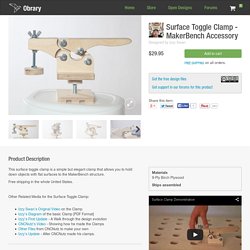 Free shipping in the whole United States. 3DRacers - A racing game you can print! Terrain2STL. Living Hinge Swatches. The FabCar and OSVehicle at FAB10 – Update: Pictures! At FAB10, the tenth international conference and annual meeting of the FabLab network held in Barcelona, the international FabLab community from more than 250 laboratories based in more than 40 countries will be united. 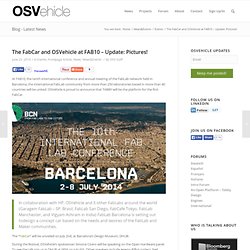 OSVehicle is proud to announce that TABBY will be the platform for the first FabCar. In collaboration with HP, OSVehicle and 5 other FabLabs around the world (Garagem FabLab – SP. Brasil, FabLab San Diego, FabCafe Tokyo, FabLab Manchester, and Vigyam Ashram in India) FabLab Barcelona is setting out todesign a concept car based on the needs and desires of the FabLab and Maker communities. The “FabCar” will be unveiled on July 2nd, at Barcelona’s Design Museum, DHUB. During the festival, OSVehicle’s spokesman Simone Cicero will be speaking on the Open Hardware panel. How to reach DHUB: Google Maps. Update: Here it is, with Prof. Pictures via: Fablab Barcelona, Thiago Kunz @ IAACBlog. Git Reference. Unlike centralized version control systems that have a client that is very different from a server, Git repositories are all basically equal and you simply synchronize between them. 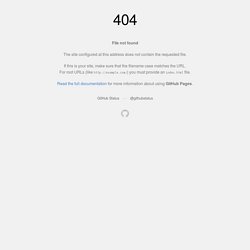 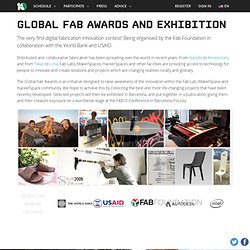 Global Fab Awards Contest All projects submitted to this contest will need to be shipped to Barcelona, or manufactured locally in one of the Fab Labs of the city prior to the FAB10 conference. Rootless - wooden bike. Fadecandy — Micah Elizabeth Scott. Fadecandy's temporal dithering algorithm can create super-smooth fades and nuanced colors at a remarkably wide range of brightness levels. 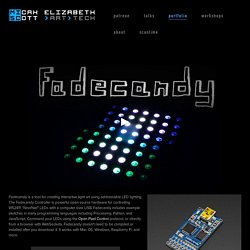 The controller hardware updates every LED about 400 times per second to rapidly oscillate between nearby brightness levels for each color primary, gaining some additional brightness precision. This precision gets even higher when averaging over time or space, meaning that larger or more diffuse sculptures achieve even higher levels of precision in low-brightness colors. Transdisciplinary platform for experimental arts, design, research & activism. Make a Line Laser using a Lego by cdmacy. I've seen stuff on the web where people turned the point generated from a laser pointer into a line for use in DIY laser scanning of 3D objects by aiming the beam through acrylic or glass rods, wine glass stems, or fresnel lenses. 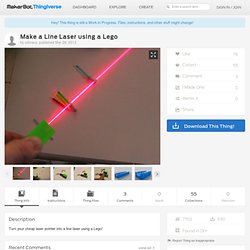 It occurred to me to try using the little transparent rods that Lego sells, most commonly as the light saber accessory in the Star Wars sets. The diameter of the rod is about the same size as the beam. I rooted through my son's Legos and found blue, green, red, and yellow light rods to try. Everything worked well except for the yellow for some reason; that turned out really wide and faint. Watch out for bubbles. Someone suggested using filament. If anybody can try this experiment with a piece of 3mm transparent filament, I would love to hear the results! There is something aesthetically pleasing about the thought of creating a solution completely from 3D printing material.

FoldaRap Custom Y-axis by Okatake. Make a 3D Scanner for 60€ Using Old Hardware. Using Public Data to Make Laser Cut Maps. Aluminum LED Matrix Looks Professionally Made. [Balint]‘s GNU Radio Tutorials. _Patents for Music Instruments_ A few weeks ago, I saw a man on the subway wearing a Tee Shirt that was emblazoned with the Patent Diagram for the Fender Telecaster Guitar I thought that was a great idea. 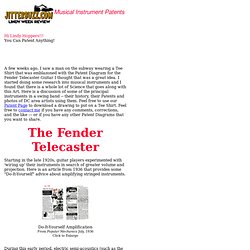 I started doing some research into musical instruments and I found that there is a whole lot of Science that goes along with this Art. Here is a discussion of some of the principal instruments in a swing band -- their history, their Patents and photos of DC area artists using them. Feel free to use our Patent Page to download a drawing to put on a Tee Shirt. Feel free to contact me if you have any comments, corrections, and the like --- or if you have any other Patent Diagrams that you want to share. The Fender Telecaster Starting in the late 1920s, guitar players experimented with 'wiring up' their instruments in search of greater volume and projection. Do-It-Yourself AmplificationFrom Popular Mechanics July, 1936 Click to Enlarge Early Experiments is Steel Guitars and Acoustic PickupsF. The Les Paul Guitar Drums (L.) Hardware reference design - Evil Mad Scientist Wiki.

The Egg-Bot project is an open-source hardware+software project. 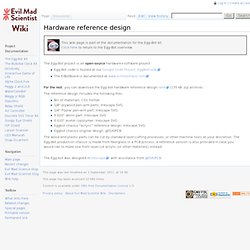