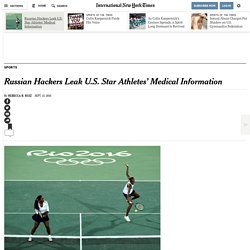 Joining an intercontinental dispute over sports doping, the hackers penetrated the World Anti-Doping Agency’s athlete database and publicly revealed private medical information about three of the United States’ most famous athletes: , and Simone Biles. The Economic Expansion Is Helping the Middle Class, Finally. For years, the standard knock on this economic expansion has been twofold: Growth has been slow, and big businesses and wealthy investors have been its major beneficiaries, rather than middle-class wage earners. 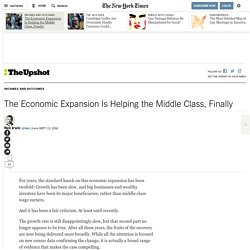 And it has been a fair criticism. At least until recently. The growth rate is still disappointingly slow, but that second part no longer appears to be true. After all these years, the fruits of the recovery are now being delivered more broadly. While all the attention is focused on new census data confirming the change, it is actually a broad range of evidence that makes the case compelling. How Beats By Dre Got Their Headphones On Olympians' Ears (Despite Violating I...

In just a matter of days, Beats By Dre headphones have become one of the most visible - and controversial - brands at the 2012 Summer Olympic Games. 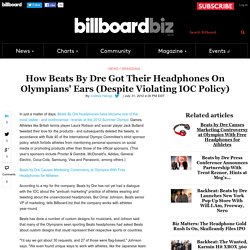 Athletes like British tennis player Laura Robson and soccer player Jack Butland tweeted their love for the products - and subsequently deleted the tweets, in accordance with Rule 40 of the International Olympic Committee's strict sponsor policy, which forbids athletes from mentioning personal sponsors on social media or promoting products other than those of the official sponsors. (This year's sponsors include Procter & Gamble, McDonald's, Adidas, General Electric, Coca-Cola, Samsung, Visa and Panasonic, among others.) Beats by Dre Causes Marketing Controversy at Olympics With Free Headphones for Athletes According to a rep for the company, Beats by Dre has not yet had a dialogue with the IOC about the "ambush marketing" practice of athletes wearing and tweeting about the unsanctioned headphones. 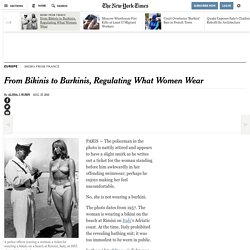 Although France’s highest administrative court, the Council of State, struck down one town’s burkini ban on Friday — and clearly would do the same for other towns if lawsuits were brought — the fight is far from over. The Parliament could enact a ban, and some of France’s 2017 presidential candidates on the right and far right have pledged to enact measures that run from banning the Muslim veil in universities and businesses to banning almost all religious attire in public. Gemsociety.