The Secret of the Fibonacci Sequence in Trees. "I am the Lorax. 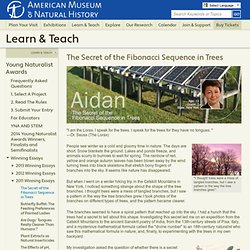 I speak for the trees. I speak for the trees for they have no tongues. "—Dr. Seuss (The Lorax) "I thought trees were a mess of tangled branches, but I saw a pattern in the way the tree branches grew. " People see winter as a cold and gloomy time in nature. But when I went on a winter hiking trip in the Catskill Mountains in New York, I noticed something strange about the shape of the tree branches. The branches seemed to have a spiral pattern that reached up into the sky. The spiral on trees showing the Fibonacci Sequence My investigation asked the question of whether there is a secret formula in tree design and whether the purpose of the spiral pattern is to collect sunlight better. 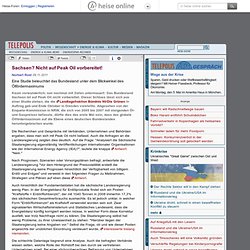 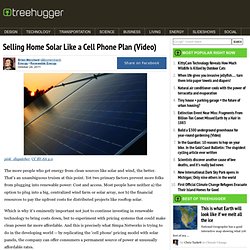 That's an unambiguous truism at this point. Yet two primary factors prevent more folks from plugging into renewable power: Cost and access. Most people have neither a) the option to plug into a big, centralized wind farm or solar array, nor b) the financial resources to pay the upfront costs for distributed projects like rooftop solar. Which is why it's eminently important not just to continue investing in renewable technology to bring costs down, but to experiment with pricing systems that could make clean power far more affordable. Paul Needham, the co-founder and president of Simpa Networks and a Poptech Social Innovation Fellow, thinks that his company's pricing model will make solar power affordable for some of the most disadvantaged people in the world. Simpa Networks. Simpa has initially introduced its “pay-as-you-go” pricing to household energy systems. 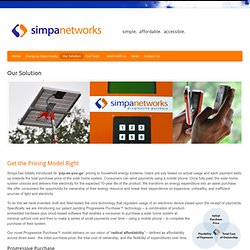 Users pre-pay based on actual usage and each payment adds up towards the total purchase price of the solar home system. Consumers can send payments using a mobile phone. Once fully paid, the solar home system unlocks and delivers free electricity for the expected 10-year life of the product. We transform an energy expenditure into an asset purchase. We offer consumers the opportunity for ownership of their energy resource and break their dependence on expensive, unhealthy, and inefficient sources of light and electricity. To do this we have invented, built and field-tested the core technology that regulates usage of an electronic device based upon the receipt of payments. Progressive Purchase “Progressive Purchase” is a new pricing model that shares some characteristics of the familiar “prepaid”, “pay as you go”, and “installment plan” pricing models. The bright future of solar powered factories. Picture: ARUN. 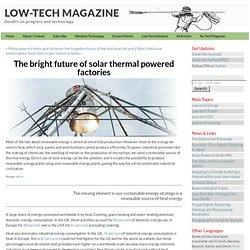 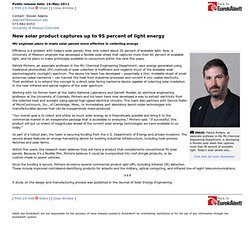 Now, a University of Missouri engineer has developed a flexible solar sheet that captures more than 90 percent of available light, and he plans to make prototypes available to consumers within the next five years. Patrick Pinhero, an associate professor in the MU Chemical Engineering Department, says energy generated using traditional photovoltaic (PV) methods of solar collection is inefficient and neglects much of the available solar electromagnetic (sunlight) spectrum. "Our overall goal is to collect and utilize as much solar energy as is theoretically possible and bring it to the commercial market in an inexpensive package that is accessible to everyone," Pinhero said. Zukunft: Energiebedarf kann nicht gedeckt werden. Sun Catalytix. Dan Nocera: Personalized Energy. The Secret of the Fibonacci Sequence in Trees.

As I headed to the exhibit where the hamadryas baboons ( Papio hamadryas ) resided, I knew something interesting would happen over the next few hours. 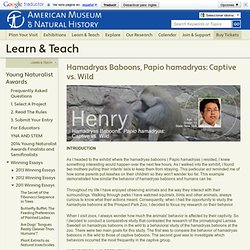 As I walked into the exhibit, I found two mothers pulling their infants' tails to keep them from straying. This particular act reminded me of how some parents put leashes on their children so they won't wander too far. This example demonstrated how similar the behavior of hamadryas baboons and humans can be. Throughout my life I have enjoyed observing animals and the way they interact with their surroundings.

Walking through parks I have watched squirrels, birds and other animals, always curious to know what their actions meant. When I visit zoos, I always wonder how much the animals' behavior is affected by their captivity. The null hypothesis for my first question is that there will be no differences in the behaviors of captive hamadryas baboons compared to wild hamadryas baboons. Das Buch der Synergie - Trailer. Kitegen. Www.dasWindrad.de. SOLAR CITIES. MM-Tensairity-Drachen - Neue Einsatzgebiete für Leichtbauelemente - Tragflügel für einen Drachen, der hoch hinaus will.