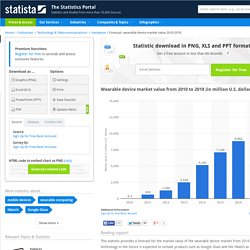 Get a free account in less than 60 seconds. ? <div class="alert alert-error"><b>JavaScript is deactivated</b><br />Our statistics rely on JavaScript to be viewed. Please activate JavaScript in your browser to view this chart or download the statistic as PNG, PPT or XLS file. </div> Showing entries 1 to 9 (9 entries in total) Reading support.

Elemoon wristband is wearable tech made by women for women. “The only way to speak to women is to make sure their voice is integrated into the product, from concept through completion,” says Jing Zhou, the entrepreneur behind the glitzy piece of wearable tech that is the Elemoon wristband. 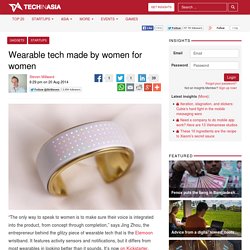 It features activity sensors and notifications, but it differs from most wearables in looking better than it sounds. It’s now on Kickstarter. “Many existing wearable tech products are in the health and fitness category, and most focus on function while ignoring form. They lack personality and sex appeal, plus they aren’t very pretty. How Wearable Tech Can Turn the Internet of Things Into the Internet of You. Is wearable technology the future of retail? Wearable Technology. Article originally published by Stylus. 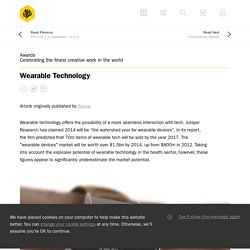 Wearable technology offers the possibility of a more seamless interaction with tech. Juniper Research has claimed 2014 will be “the watershed year for wearable devices”. In its report, the firm predicted that 70m items of wearable tech will be sold by the year 2017. The "wearable devices" market will be worth over $1.5bn by 2014, up from $800m in 2012. Taking into account the explosive potential of wearable technology in the health sector, however, these figures appear to significantly underestimate the market potential. Infographic A History Of Wearable Tech. Infographic A History Of Wearable Tech In the second edition of his gambling guide, Beat the Dealer, MIT mathematics professor Edward Thorp revealed he’d created and successfully used the first wearable computer to cheat at roulette (though it was not illegal at the time of invention). 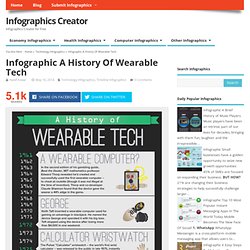 Thorp and co-developer Claude Shannon found that the device gave the wearer a 44% edge in the game. Keith Taft invented a wearable computer used for gaining an advantage in blackjack. He named the device George and operated it with his big toes. Infographic: All The Wearables You Could Be Wearing Right Now. From design consultancy Fjord--which recently worked with Adidas to develop the miCoach SMART RUN smartwatch for runners--comes the latest in smart thinking: an infographic to help you be smarter about the products and technology now out there to help you live, well, smart. 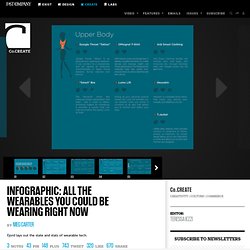 Our appetite for self-improvement and a desire to take greater control over our lifestyles is fueling the development of an array of wearables--from glasses, jackets, and T-shirts to arm bands, socks, and even (thanks, Microsoft) the "smart bra. " So if you want to be healthier, fitter or even sleep better, there's now a product in the market (or soon to launch, at least) for you. According to research into 27 of the most notable wearable devices by Fjord, part of Accenture Interactive, around 70 percent are intended to monitor our body in some way (the remaining 23 percent being designed for communication). 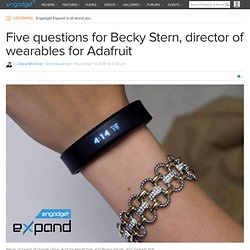 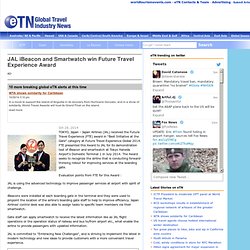 FTE presented this Award to JAL for its demonstration test of iBeacon and smartwatch at Tokyo Haneda Airport's Domestic Terminal 1 in July 2014. Meet Dorothy: Click Your Heels To Summon An Uber, Call Your Phone, Or Text Your Friends! Have you ever been stuck in an awkward situation, praying your phone would ring so you could politely extract yourself? 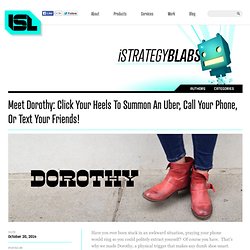 Of course you have. That’s why we made Dorothy, a physical trigger that makes any dumb shoe smart. Dorothy consists of the “Ruby” (a small connected device that slips into your shoe) and a mobile App that allows you to trigger a call to your phone from a fake contact (your “boss”) whenever you tap your heels together 3 times. Dorothy can also send text messages to your contacts with a custom message and your current location, letting them know exactly where you are. The History of Wearable Technology: A timeline. Wearable technology is all the rage in 2014, forming one of the key themes at the giant CES show in January and getting a conference and expo all to itself in London a couple of months later. 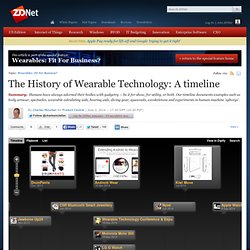 Numerous startups, many of them crowd-funded, will release their debut products this year, while Apple, after biding its time in customary style, is widely expected to enter the wearables market with the iWatch — probably in September. Cynics point out that, with the smartphone market maturing and revenues flattening or dropping, mobile device vendors are simply seeking new ways to unlock consumers' wallets. Virtual reality and wearable technology offer opportunities for retailers.

Mobile is only just catching up with desktop computing as a key retail channel, but the debate has already moved beyond mobile. 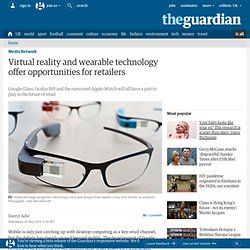 The development of Google Glass, Apple's rumoured iWatch and the acquisition of virtual reality headset Oculus Rift by Facebook are the opening shots in the battle for a post-mobile future. These devices represent the industry's best guess as to the devices we'll be using when the handset is passé. Whether these guesses are right or not, they are an indicator of where a post-mobile future could be heading. Internet giants see the mobile handset market maturing and are jostling for a position in whatever the next big thing will be.