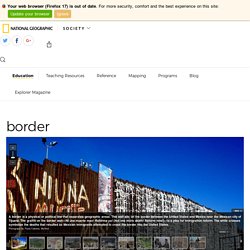 Borders are political boundaries. They separate countries, states, provinces, counties, cities, and towns. A border outlines the area that a particular governing body controls. The government of a region can only create and enforce laws within its borders. Mobile manga service Comico surpasses 1M downloads, now allows amateur contributions. Late last year we told you about Comico, a free online manga service available on the web, as well as on iOS and Android. 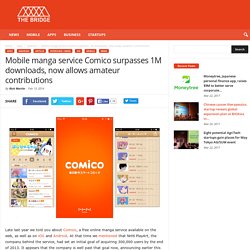 At that time we mentioned that NHN PlayArt, the company behind the service, had set an initial goal of acquiring 300,000 users by the end of 2013. It appears that the company is well past that goal now, announcing earlier this week that Comico has surpassed 1 million downloads, requiring only about 100 days since its initial launch to do so . In Japan, it is now the top free iOS ‘books’ app, and the sixth ranked Google Play ‘comics’ app. Ulysses (poem) - Wikipedia. The character of Ulysses (in Greek, Odysseus) has been explored widely in literature. 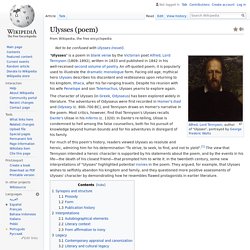 The adventures of Odysseus were first recorded in Homer's Iliad and Odyssey (c. 800–700 BC), and Tennyson draws on Homer's narrative in the poem. Most critics, however, find that Tennyson's Ulysses recalls Dante's Ulisse in his Inferno (c. 1320). In Dante's re-telling, Ulisse is condemned to hell among the false counsellors, both for his pursuit of knowledge beyond human bounds and for his adventures in disregard of his family. The Webtoon: A New Form for Graphic Narrative. It is always difficult to define terms, and this remains true for the many forms of graphic narrative. 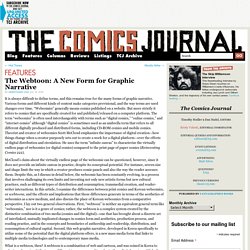 Various forms and different kinds of content make categories provisional, and the way terms are used changes over time. “Webcomics” generally means comics published on a website. But more strictly it refers to comics that are specifically created for and published/released on a computer platform. The term “webcomics” is often used interchangeably with terms such as “digital comics,” “online comics,” and “internet comics” although “digital comics” is sometimes used as an umbrella term that refers to all different digitally produced and distributed forms, including CD-ROM comics and mobile comics.

Bastard. Yuk Kenali 10 Kain Tradisional Indonesia - klikHotel.com. The Buddha (Full Documentary) What Scorsese's 'Silence' Teaches Us About Filmmaking [light spoilers] Tomorrow Edition - The Digital Takeover: How tech companies plan to rule the world. We know that most factory workers and drivers will be gone soon, that’s easy enough to see. 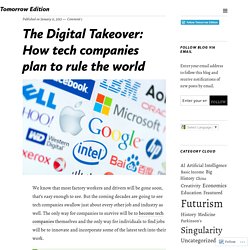 But the coming decades are going to see tech companies swallow just about every other job and industry as well. The only way for companies to survive will be to become tech companies themselves and the only way for individuals to find jobs will be to innovate and incorporate some of the latest tech into their work. Say bye bye to…. Ex Machina — The Control of Information. Is there a limit to technological progress? - Clément Vidal. 7 Days of Artificial Intelligence. How To Write A Novel Using The Snowflake Method. Writing a novel is easy. 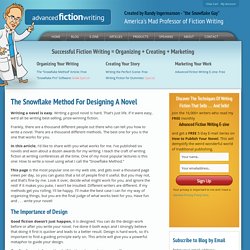 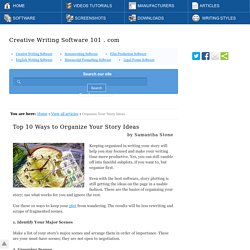 Yes, you can still ramble off into fanciful subplots, if you want to, but organize first. 8b. Korean-Style Webtoons and Webcomics Are The Future of Comic Books. What happens when the comic book evolves for the future? 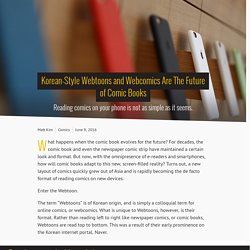 For decades, the comic book and even the newspaper comic strip have maintained a certain look and format. But now, with the omnipresence of e-readers and smartphones, how will comic books adapt to this new, screen-filled reality? Turns out, a new layout of comics quickly grew out of Asia and is rapidly becoming the de facto format of reading comics on new devices.

Enter the Webtoon. The term “Webtoons” is of Korean origin, and is simply a colloquial term for online comics, or webcomics.