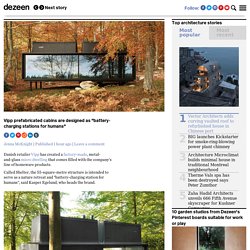 Called Shelter, the 55-square-metre structure is intended to serve as a nature retreat and "battery-charging station for humans", said Kasper Egelund, who heads the brand. "Vipp has made a plug-and-play getaway that allows you to escape urban chaos," said the company, which has a showroom in New York. Vipp got it starts more than 75 years ago with the invention of its pedal-controlled metal wastebin, which is part of MoMA's collection. The company offers an extensive line of metal and ceramic homeware, with Shelter, first unveiled in 2015, marking its first venture into dwellings. Other product companies that now produce housing include Japanese brand Muji, which recently unveiled a nine-square-metre, blackened timber hut that will sell for £21,000. 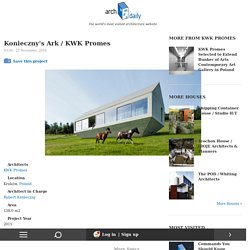 The highest value of the plot is a wonderful view stretching out. The idea was for the house to become its framework that crops it. The most appropriate building turned out to be a fully open on mountain landscape one-storey building, which gives the same view to all of the interiors. Because of the plot being located in an absolute wilderness a problem of security came out. Terraces Home / H&P Architects. Terraces Home / H&P Architects Architects Location Hà Tĩnh, Ha Tinh Province, Vietnam Architects in Charge Doan Thanh Ha, Tran Ngoc Phuong Area 110.0 sqm Project Year 2015 Photographs Manufacturers HPA Vietnam, Newtech Team Chu Kim Thinh, Nguyen Hai Hue, Ho Manh Cuong, Trinh Thi Thanh Huyen, Nguyen Van Thinh. 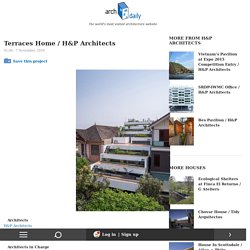 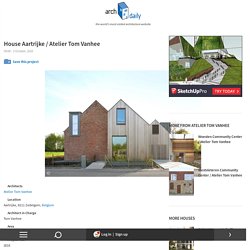 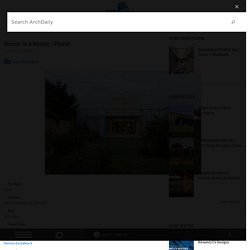 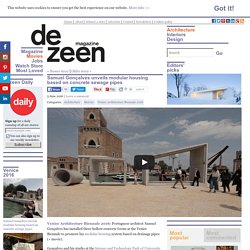 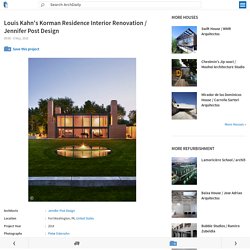 Jennifer Post Design was selected by Larry Korman in 2013 to re-envision the interior design of his family's cherished Louis Kahn designed home. The Korman Family has meticulously maintained the architectural vision of Louis Kahn, consulting tightly with the Kahn Archives at University of Pennsylvania, from where students are invited to walk and study the home, and learn from Kahn's masterpiece. Larry, who grew up in the house, is protective of the architecture, but understands that interior spaces need to evolve as people’s use of space evolves over time. Jennifer Post took a very custom approach, tailoring every detail to work harmoniously throughout the very distinct home. The clean pure lines of the architecture are repeated with clean pure lines of Post's custom contemporary designs, carried out by trusted furniture companies such as Minotti and J Robert Scott.

This hillside home goes for the rusty and rustic look in a big way. Photography by Lance Herbst Herbst Architects were approached by their clients, a director and camera operator in the film industry, to design a house for them that would be a retreat to relax at between filming. 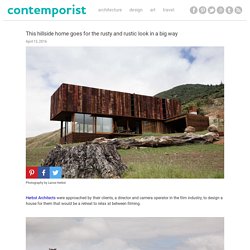 Apart from them wanting a retreat, they also wanted to have a home that engages with the site, and to be built from materials that have a patina of age, of sustainability, of recycling and adaptive re-use. The home, which is located on 20 hectares of farmland on the Kauaeranga River in New Zealand’s, Coromandel Peninsula, has a panoramic view of the surrounding valley. Stepping just inside the home, there’s a room with a floor of tree slices.

Inside, the living area is stepped down from the dining room. Tubular glass house by Aibek Almassov wraps around a full-grown tree. A mature fir tree would be enclosed at the centre of this conceptual tubular glass house by Kazakh architect Aibek Almassov, which may finally become a reality now that potential investors have been found (+ slideshow). 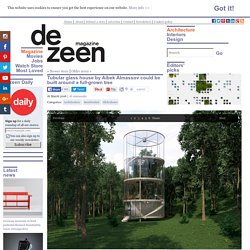 Tree in the House is designed by Almassov of A Masow Architects as an inverted treehouse, intended to provide an escape from the "sweltering concrete boxes" of city life. It features a completely glazed and cylindrical structure to give 360-degree-views of a forest setting. An investor was initially secured when the project was first designed in 2013, but they subsequently pulled out and it seemed the project would never be completed. But a glass and solar panel manufacturer is now interested, according to Almassov, so construction could be imminent. "Really it's not so difficult to build it," he told Dezeen, "the problem was to find an investor. " "At the moment, we have found two of the investors," he added. "And more importantly it doesn't harm to environment," he added. Nasu Tepee / Hiroshi Nakamura & NAP. Architects Location Tochigi Prefecture, Japan Area 156.0 sqm Photographs The site is located in Nasu, Tochigi Prefecture, a well-known summer resort. 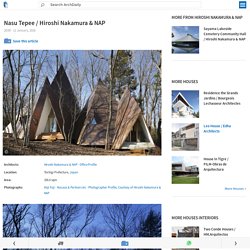 Passing through fields and woodlands, the site lies along the forest path in a grove of mixed trees. Our client is a married couple that enjoys organic farming on the weekends, and their wish was to reserve as much of the environment as possible and to live in the surrounding woods. We avoided large-scale construction and a majority of felling to build the rooms on the few remaining flat surfaces of the sloping ground, as if sewing them together. Views from this home in Colorado are some of the most amazing you’ll ever see. Casa Dura designed by Julien De Smedt as a grassy bump. Grass ramps over the curving form of this house in the French countryside, which was designed by architect Julien De Smedt as a contemporary alternative to the region's "pastiche chalets" (+ slideshow).

De Smedt's firm JDS Architects created Casa Jura as a retreat for a Parisian family in Bois D'amont, a village in France's Jura region. Named after the region's rolling Jura mountains, it sits with its back against a forested slope, facing down into a grassy valley. De Smedt partially embedded the house into the terrain, helping to minimise its visual impact on the natural setting. Its two storeys are both shaped like waves, and slope down to meet the ground. The Chapel on the Hill / Evolution Design. Project Manager: Lee Darvill Archtecture Structural Engineer: Bleasdale Wand Builder: Francis W Construction From the architect. Set in the very best walking area of the beautiful North Pennines, just a short walk from the famous High Force Waterfall, this stunning chapel conversion with its historic building fabric and modern interior design is a real Teesdale jewel.

Construction: Mauricio Urzúa Energy Efficiency Project: SGE2 Chile SPA From the architect. The property, located at the foot of Lake Vichuquén, in Region VII, is set longitudinally with respect to the horizon, with the aim of recognizing the variety of the landscape and to capture the best views of the lake, through a corridor terrace running along the entire space. The volume is defined as a large pavilion, a body that rests quietly on the territory, mimicking the slope and vegetation. House in Almen / Barend Koolhaas. Architects: Barend Koolhaas Location: 7218 Almen, Netherlands Design Team: Aura Luz Melis, Reinier Suurenbroek Year: 2015 Photographs: Jeroen Musch From the architect.

This small house in the countryside is designed around a long panoramic window with a view into the garden and the surrounding landscape. The 17.5 m long, floor to ceiling, stretch of glass blurs the threshold between inside and outside. Structure cantilevers over the garden of a Polish house. The cantilevered upper storey of this house in Katowice, Poland, looks even more dramatic than it really is – because the podium that supports it is camouflaged behind a wall of mirrors (+ slideshow). House N Hasselt / MASSARCHITECTS. Summer House in Dalarna / Leo Qvarsebo. Architects: Leo Qvarsebo Location: Västerbyn, 770 70 Långshyttan, Sweden Developer: Leo Qvarsebo, Mattias Granwald, Robobygg AB Area: 90.0 sqm Year: 2014 Photographs: Courtesy of Leo Qvarsebo.