Dezeen. Architecture studio Russian for Fish has injected colour into the basement of a London duplex flat by installing a bright yellow kitchen. 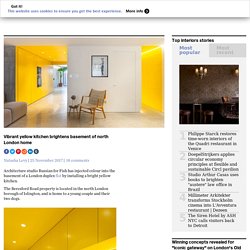 The Beresford Road property is located in the north London borough of Islington, and is home to a young couple and their two dogs. Occupying the lower two floors of a Victorian terrace, the duplex was formerly described as having a "dual personality". The ground level, which plays host to two bedrooms, a bathroom and a dressing area, was spacious and filled with light – while the basement housed a series of narrow corridors and dim, vacant rooms. 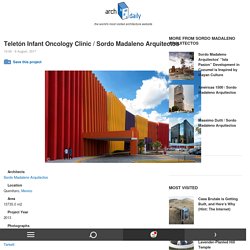 Marcos Hernández Engineering Team Ing. Nanyang Primary School. Interior Design Idea - This Colorful Bold Pattern Wraps Around From The Wall To The Floor. Photography by Jasper Sanidad Sometimes when designing a space you want to highlight an area or have a bit of fun with the design, and that’s what Studio O+A did when they were designing the San Francisco offices of Yelp. 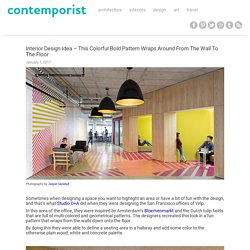 In this area of the office, they were inspired by Amsterdam’s Bloemenmarkt and the Dutch tulip fields that are full of multi-colored and geometrical patterns. The designers recreated this look in a fun pattern that wraps from the walls down onto the floor. Design Detail - The Entrances To These Apartments Are Highlighted In Yellow. Photography by Milene Servelle To liven up the hallways in this apartment building in Paris, France, architects Hamonic + Masson & Associés and Comte Vollenweider, came up with the idea of painting the walls, ceiling, and floors around the entrances bright yellow. 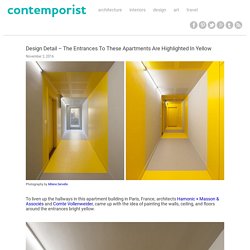 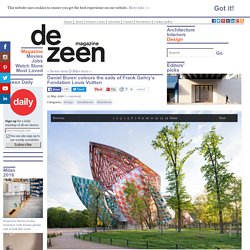 Named Observatory of Light, the site-specific installation was unveiled yesterday at the Fondation Louis Vuitton arts centre in Paris' Jardin d'Acclimatation. Daniel Buren – a French artist known for his in-situ works – has covered the 3,600 pieces of glass making up the building's 12 sails in brightly-coloured filters. The colourful pieces have been arranged in a chequerboard-like formation, and have been applied to both the inside and outside of the building's glass facades – creating a kaleidoscopic effect that changes depending on the time of day. Paredes de Coura / Escritório de Arquitetos. Architects Location Architect in Charge Nuno Flores Engineering BO Associados Area 120.0 sqm Project Year 2014 Photographs From the architect. 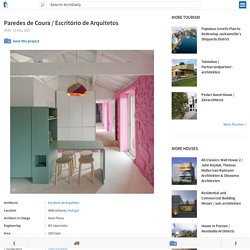 Within the Paredes de Coura region, this construction dates from the year 1699 with secondary works in 1703. It’s integrated in a farm and was a farmer house. It follows the traditional architectural traits found throughout the rural landscape in the north of Portugal. In order to serve its new purpose for rural tourism the building was enlarged in order to work as an independent house with two bedrooms and a studio room. 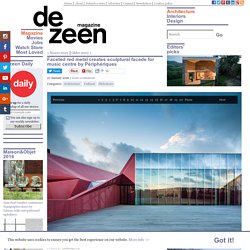 The partially see-through panels give an angular form to Espace Culturel de La Hague, a new 2,500-square-metre centre for music, dance and theatre in Beaumont-Hague, located on the Cotentin Peninsula. According to Périphériques directors Emmanuelle Marin and David Trottin, the aim was to reinterpret the forms of the surrounding landscape, which include hidden roads, dense hedge thickets and rolling topography. This New Children’s Play Space Is Filled With Fun Colorful Areas. Design firm Crossboundaries, have recently completed the Family Box, a two-level children’s play facility, located in Qingdao, China. 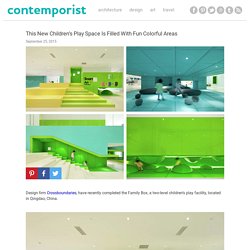 The designer’s description As early childhood education progresses rapidly in China, Family Box recently opened its 6th branch in Qingdao, China. Crossboundaries’ design for the two-level 4400sqm facility offers the enterprise’s usual functions such as a children swimming pool, classrooms, open play areas and a cafe. Situated at the corner of a shopping mall, Family Box opens to the public with a transition zone, holding functions such as library, shop and try-out classes for potential customers and directs its member to the pool and member-only areas. When children and their guardians enter, a limited palette filters out the overwhelming stimuli from the shopping mall. The three main colors – yellow, blue and green– represent the city of Qingdao and each indicates a special design feature, making it more recognizable for children. 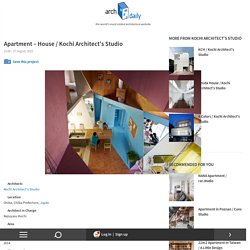 This is a renovation project of single-family house, originally used as a typical two-story apartment-house with eight small rental units in the suburban area of Tokyo, Japan. More than half of the units of this old wooden apartment were empty, therefore the owner wanted to demolish it and then build a new single-family house (parents and two girls) at the beginning. 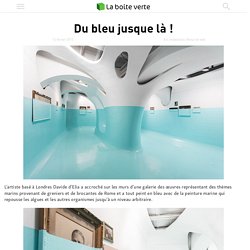 Supermachine Studio — SAC: Student Activity Center at Bangkok University. © Wison Tungthunya . Published on February 11, 2015. SAC (Student Activity Center) is one of the most challenging projects that Supermachine studio has to do for Bangkok University from quite a number that we have done for the campus. Microsoft pavilion takes its cues from the Windows 8 interface. The blocks of colour that make up both the Microsoft logo and the Windows 8 interface formed the basis of this temporary pavilion in Russia, created for the technology giant by architecture studio Nowadays (+ slideshow). Nowadays originally installed the Microsoft Technology Pavilion in Sochi's Olympic Park during the 2014 Winter Olympics. It has now been dismantled, but its modular design and collapsible structure mean it could be rebuilt on another site for a future event.

Rather than designing a simple box pavilion for the 25-by-30-metre plot, the architects decided to break the space up into smaller squares and rectangles, and used these as the framework for an assortment of smaller volumes surrounding a central courtyard. "We decided to rethink the proposed layout of a single building in the centre of the site and distributed all the functions around the perimeter," they explained. Www.bernard-buhler.com/Projets/index.html. Room11 — GASP! - Divisare by Europaconcorsi.

© Ben Hosking . Published on November 14, 2014. The Glenorchy Arts and Sculpture Park, GASP! , is Room 11’s first foray into public architecture. Sugamo Shinkin Bank by Emmanuelle Moureaux Architecture. Emmanuelle Moureaux Architecture have designed a colorful boxy exterior for the Nakaaoki Branch of the Sugamo Shinkin Bank in Tokyo, Japan. From the architects The site is located on the corner of major intersection, where there is a frequent movement of cars, bicycles and people. Taking this unique location as a characteristic, the facade is designed to be rhythmical that changes expression as people see from different angles. Colors appear in and out from the rhythmical repetition of cubes, dancing like musical notes playing rainbow melody.